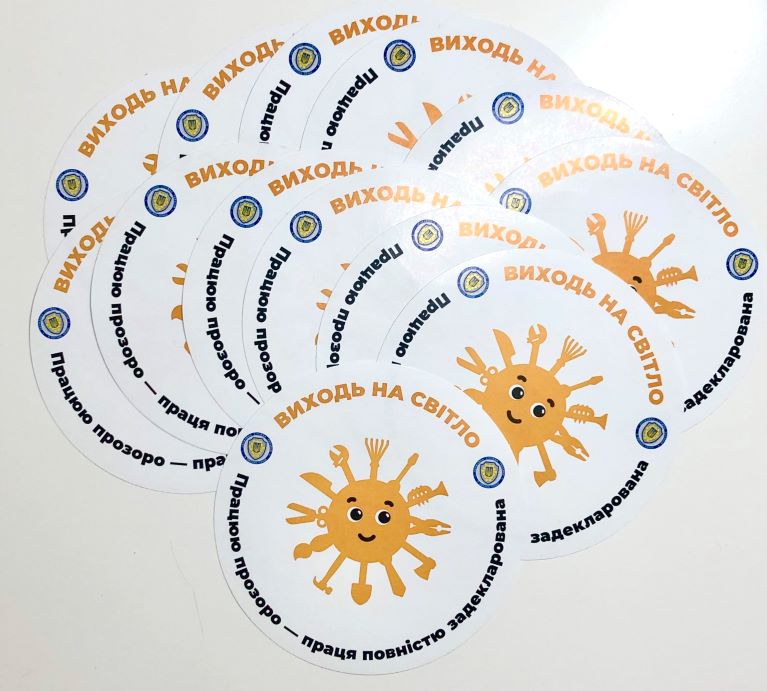 © ILO
In Soviet times, the labour inspection mainly detected and punished offenders. Its effectiveness was evaluated in terms of sanctions imposed. During the campaign supported by the ILO project, the approach of the Ukrainian State Labour Inspectorate was different: they provided information and assistance to workers and employers on the most effective means of complying with labour legislation and explained why it is important to have labour contracts. In most cases, workers and employers welcomed them and appreciated the face-to-face interaction and advice. During the 10,429 visits, labour inspectors detected 9,961 undeclared workers and managed to regularize 28,780 workers as a result.

„Such help is particularly needed by small business people, who find it hard to run everything by themselves. We always emphasize during conversations that they should not be afraid to approach us for advice—by phone or personally. It’s a pleasure that employers have begun to ask how not to breach legislative requirements.”
Maria Kuchma, Labour Inspector, Lviv oblast

„It’s a pleasure recognizing myself as a worker with rights and social guarantees, rather than only with obligations. I received a sick pay for the first time in years. Until recently, I had to take an unpaid leave or hope for my employers’ goodwill. These feelings cannot be compared: asking and waiting, or receiving what I am entitled to, as provided by law. I feel really protected now.”
Tetiana, Salesperson, Mariupol

„I am mainly trading by myself, but sometimes I engage assistants. Following the inspector’s explanations, I decided to declare my worker. From now on, I can produce goods, go about my business and do not need to worry. In the future, i will be concluding labour contracts as well as approaching the SLS for advice as necessary.”
Maria, Entrepreneur, Volyn oblast

In addition to the enterprise visits, a major information campaign went down to the streets and to public transport, so that the posters, leaflets, film spots could transmit the message of „Go to light!” to as many people as possible. Ukrainians understood that declared work does not only guarantee overtime pay, paid leaves, unemployment benefits and other social benefits, but will also mean a pension when they retire. The information and awareness raising campaign reinforced by labour inspectors’ visits carried out in all the oblasts (administrative divisions) of Ukraine throughout the year, reached out to 3.7 million people and resulted in an additional 219,307 undeclared workers regularized by the end of 2020 based on the SLS records.

Since 2017, the ILO has been working with the Ministry of Social Policy, Ministry of Economy, State Labour Service and social partners in Ukraine to bring national legislation and practices of labour relations closer to European and International Labour Standards. The ILO is receiving financial support from the European Union for this work.

Read more on the project "Towards safe, healthy and declared work in Ukraine"