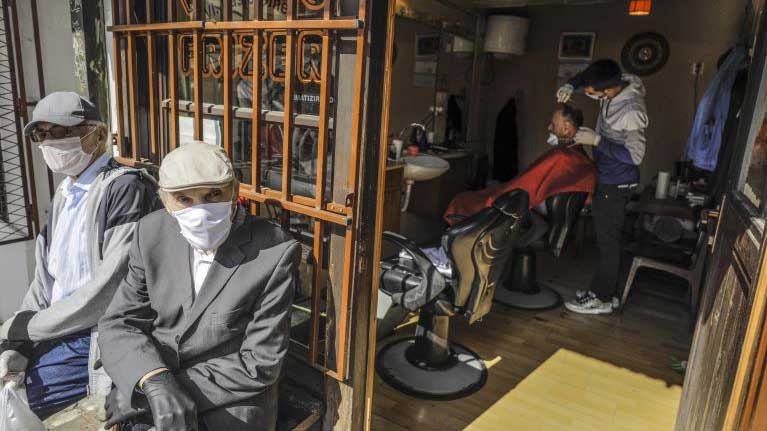 In Bosnia and Herzegovina, the Covid-19 crisis has led to a decline in working hours during the third quarter of 2020, equivalent to the loss of 170,000 full-time jobs.  With this, the working hours lost are 3 to 4 per cent higher than the average loss of working hours in the six Western Balkan economies.

The report identifies 14 sectors in which over 245,000 jobs are at immediate risk as the health crisis persists. These sectors include wholesale and retail trade, transport, crop and animal production, accommodation and food service activities, as well as several export-oriented industries (apparel, plastic, wood, minerals) and food products manufacturing.

These sectors largely overlap in both entities of Bosnia and Herzegovina, with the notable difference of the food-related sectors (both manufacturing and services) and accommodation, which appear to be highly impacted in the Republika Srpska, but not in the Federation of Bosnia and Herzegovina. Out of the 245,000 jobs at risk, there are 114,000 workers in micro-enterprises and more than 31,000 workers (17 per cent of wage employment) have only fixed-term and temporary contracts.

Both entities applied a non-differentiated approach to employment retention measures, attempting to compensate all enterprises for their losses. None of the entities has however defined an obligation for enterprises to retain workers after having received the subsidies and no effort has been deployed so far to address the worsening economic position of 'new' poor and 'new' vulnerable, who remain almost invisible to the system.

Also, the initial policy response to the Covid-19 crisis did not include adequate consultations with the social partners. Furthermore, the new report  highlights that young people are among the most affected. Young people will have to cope with a disproportional reduction of employment as they often have more precarious jobs than other age groups.

The report offers five preliminary policy recommendations which need to be further evaluated and adjusted through social dialogue:

COVID-19 and the World of Work: Assessment of the Employment Impacts and Policy Responses BOSNIA and HERZEGOVINA [pdf 2406KB]
Skip to top