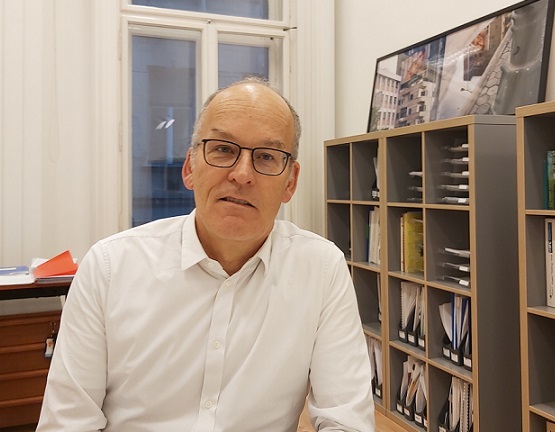 According to the ILO assessment, how will the negative consequences of the coronavirus pandemic affect the labor market in Europe and in the world? Which sectors and countries will be most affected?

The initial global projection of the ILO from March was that up to 25 Mio people could loose employment because of the economic crisis caused by the pandemic. This would mean a 13% increase of global unemployment rate (currently, there are 190 Mio unemployed around the globe). In the meantime we see a high risk that the end of the year figure of additional unemployed will be even higher than the initial projection.

We do not yet have precise figures for Europe. For the time being many workers are laid off temporarily with the governments supporting wages. So they do not yet show up in unemployment statistics. The development of unemployment will very much depend on how quickly companies resume work. During the financial crisis of 2008/2009 unemployment increased by 5.4 Mio in the EU and it took a decade to return to the pre-crisis level.

Concerning sectors at risk, the service sector, tourism, travel, and retail are especially affected by the lockdown and the restrictions on international travel. A hotel bed not sold in May or June can't be sold twice later on while manufacturing firms can catch up with a backlog of orders once they resume production.

Can you estimate roughly how much a downturn in employment and earnings can be expected as a result of a pandemic?

What we know is that a global economic recession seems very likely in 2020 with a substantial increase in unemployment levels. The further developments will depend on the length of the recession and the policy responses taken by governments.

Since its independence in 2006, Montenegro’s open economy has closely followed the business cycle in Europe, compounded by the fact that the country adopted the Euro as its official currency. The Montenegrin economy showed strong growth rates before 2008 (5%), a sharp decline linked to the financial crisis (-5.7% in 2009), and a return to solid growth rates in recent years. So there is no reason to assume that the country can decouple from trends in the rest of Europe during the new crisis.

Concerning labour market performance, Montenegro made big progress in past years documented by steadily growing employment rates (close to 60% in 2019 while the EU average is above 70%). However, the country is still struggling with a couple of key labour market challenges that might now become more severe. The major challenges are high long-term unemployment (long-term unemployment rate is three times higher than in EU, 12% vs 4%), elevated levels of youth unemployment (still at around 25%), and high informality (between 25 and 30% of employment is informal). Especially the informal workers will be hit hard as they won't have access to social protection.

Looking at the sectoral structure of the Montenegrin economy and its dependency on tourism, the country might be hit even harder by the crisis than neighbouring countries in Europe. The International Monetary Fund expects a reduction of the national income in Montenegro and Croatia of 9% in 2020 which would be three times higher than the estimated reduction in Serbia (3%) or the global economic contraction of also 3% . It is not yet clear how this will impact the local labour market in Montenegro, but we have started collecting data and hope to have some more information in a few weeks from now.

In order to make quick progress on collecting these new data, the ILO and the European Bank for Reconstruction and Development (EBRD) joined forces this week. We established a joint task force to assess the impact of the crisis on the economies of the Western Balkans by examining the likely short- and medium-term effects on employment. It is very helpful in this context, that Montenegro was the first country in Southeast Europe to sign up last year for one of the world’s most advanced statistical platforms for labour market information – the ILO’s Labour Market Information System (LMIS, for more see here). Having solid evidence is absolutely crucial for designing good policy responses.

Another important initiative for collecting more data has been taken by the Montenegrin Employers Confederation. With support from the ILO, the organization rolled out last week a survey among member companies on the impact of the crisis on firms in Montenegro. The first results will come out in the next few days.

These initiatives will help to develop policy responses at short notice as we need to be fast. Government and social partners may consider these policy options in order to mitigate the impact of the crisis on the labour market.

How can the negative effects of a pandemic be mitigated? What assistance packages should states create to help the labor market recover?

We need to understand that the COVID-19 pandemic is a unique economic challenge different from other crises. Shocks reverberate through both supply (disrupted supply chains, containment measures, and lockdown of non-essential economic activities) and demand (lower consumption of goods and services due to declining household incomes, restriction of movements, and uncertainty) which makes the economic and social crisis very severe.

We need an entire package of measures starting with protecting workers in the workplace reducing the risk of exposure to the virus, to policies to protect jobs and income like short time work schemes, insurance-based unemployment benefits or other income support schemes for those who are not covered, for instance informal workers. Enterprises, especially small and medium sized companies, will need temporary liquidity assistance in form of preferential loans or grants.

The ILO has come out with a compendium of the policy responses designed by its 187 member states in order to facilitate exchange and learning, for more details see here.

We are in constant contact with the Ministry of Labour and Social Policy of Montenegro and the social partners supporting them in the analysis of the crisis and the design of plausible policy responses that the Government and its social partners should consider in order to mitigate the short- and medium-term impacts of the crisis. All ILO partners in Montenegro have shown a high degree of professionalism and dedication in the past –something we can build on now in these difficult times.

Read the interview in Montenegrin.