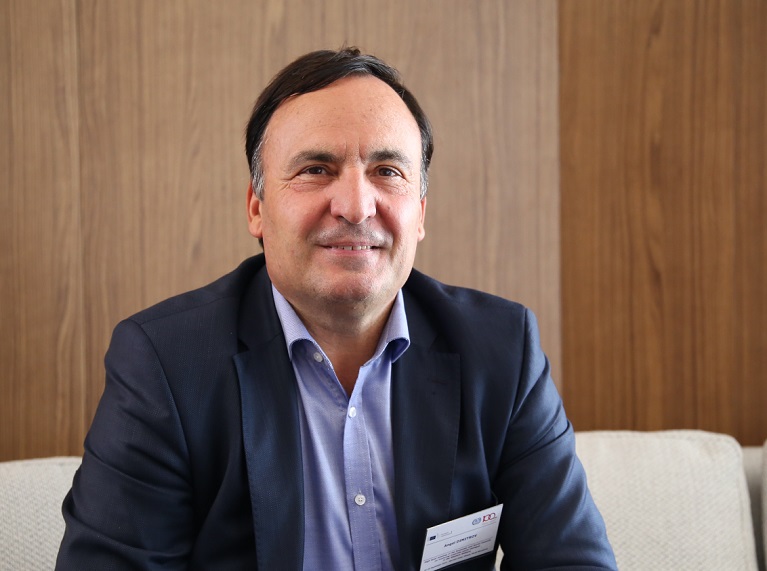 How representative is your organization?

What is the current focus of your organization and how could you contribute more?

We focus on three main areas. Firstly, we participate in social dialogue at the national and local level through the economic and social councils. Secondly, we advance the collective interests of our members and engage in policy dialogue with the line ministries, Members of Parliament and the Prime Minister. We also engage in collective bargaining. However, the decline of membership in the trade unions poses a series of challenges to social dialogue and collective bargaining. It led to a few situations when there were no representatives from trade unions within the National Economic and Social Council some time ago.

On a different note, our biggest obstacle for development is the structure of the economy and especially the size of companies. The micro- and small enterprises do not have the capacities to participate in social dialogue or join an employers’ organization on an individual level. As a result, they have problems in achieving representation. However, micro and small companies which are organized on branch, professional or other levels, like Makam-Trans (transport), Textile cluster, ZAPOVIM (workers with disabilities), are members of OEM and properly represented in social dialogue.

As a collective voice of business, we need to strengthen our capacity to better represent the private sector. We also need to boost our human resources and internal infrastructure. Last, but not least, we have to increase the visibility of our organization by raising awareness about the added value we bring to private sector development. On a positive note, a recently conducted survey revealed that Macedonian citizens, including businesspersons, politicians and trade unions perceive OEM as an association dealing with collective bargaining, labour relations, legislation, and occupational safety and health. Although we are very active in these fields, still we are not seen sufficiently as an organization that contributes to a more enabling business environment and to improving the overall economic performance of the country.  This means that we need to do a better job at promoting our profile as a policy actor and advocate for the private sector.
In addition, we firmly believe the Economic and Social Council should not only tackle current issues. It is equally important to address strategies and priorities for the future. Sustainable development and preserving the environment should also be a major area of concern. For instance, there is a significant number of companies polluting the environment while having, at the same time, positive impact on local development. We trust that social dialogue is one of the best tools for balancing conflicting interests.

Is there an example of a success story when you managed to influence policies or legislation?

We actively participated in nearly all consultations on the drafting of the labour legislation. In 2017, after extensive discussions on the minimum wage increase, the law was finally amended.  We agreed on a 25% increase, which meant a lot for Macedonian citizens. We had a win-win situation: the living standards increased, while statistics showed that the increase in the minimum wage did not have a negative impact on companies.
We also proposed the gradual implementation of the wage increase reform in the textile, shoe and leather industries where the minimum wage was below the national statutory minimum wage. It was extremely important to avoid the shock of a sharp and sudden increase.
In addition, we were successful in promoting the introduction of a voucher system for seasonal workers as a measure to reduce the negative impact of informal employment. The vouchers cover social security and health insurance contributions.

What kind of assistance have you received from the ILO so far?

The ILO has contributed a lot to the development and strengthening of our organization. The ILO assisted OEM in formulating evidence-based advocacy strategies and provided trainings so that we respond to our members’ needs better. In 2013, with ILO support, a national assessment of the business environment was conducted in North Macedonia. Assessment findings were published in a solid report and served as a basis for the development of our strategic policy agenda “Business Priorities for Sustained Growth”. In 2016, the ILO supported us in designing our first strategic plan that is focusing, among other things, on improving the existing service delivery and introducing new services of better quality and relevance to our members. To that end, the ILO is currently assisting OEM in conducting a comprehensive membership needs assessment to identify the range of services that we need to improve or add to our service portfolio, along with other activities within the project “Strengthening the social dialogue”, financed by the EU.