Why did the European Union decide to come out with a Pillar of Social Rights and why in 2017?

The work on the Social Pillar started in 2013-14 with the vision of creating a structure, a strategic plan for addressing the issues that perturbed our economies and societies after the crisis of 2008. The EU Commission wanted to give an impetus to the basic concept of what we think constructs Europe: the „Social Europe”. The idea was to establish a baseline inherent to the European citizenship. If you are a worker in Europe, you have a decent job, you are properly skilled, enjoy decent working conditions and social protection even when you transition between jobs.  Implementing the Pillar of Social Rights will demand a lot of effort, not only from the EU but also from its member states because many of the competencies, particularly in social protection still rely on them. The Pillar was a great achievement.  It ties in well with the ILO mandate, the ILO Centenary Declaration and the Future of Work—it is a way of dealing with the future of work. Hopefully it will be taken on board by the Member States and they will be able to create the „Social Europe” that our citizens demand.

Why is the EU Pillar of Social Rights relevant for the EU accession of the Western Balkans?

Being the member of the EU also means participating in „Social Europe”. The traditional legislative alignment of candidate countries means that they have to transpose their national legislation in accordance with the EU laws on social issues. They also need to implement the necessary structural economic reforms, such as restructuring their outdated social protection systems. Similarly, they need to upgrade their vocational educational systems so that the labour force can compete in the internal labour market of the EU where there is free movement of workers. The „Social Europe” will require the implementation of the Pillar. Of course, these reforms will take time, especially the ones that require financial support from the governments. The message have been well-received, the Ministers of Labour from candidate countries already endorsed the Proclamation of the Pillar in 2017, making it clear that they want to participate in „Social Europe”, which is a unique model in the entire world. It is great that the Western Balkans adhere to it, too.

What needs to be changed in the Western Balkans to achieve stronger and more influential social dialogue?

We are perceiving, unfortunately, a weakening of social dialogue structures all over the world. That implies less trade union participation. In Europe, 50 percent of the workers do not have standard jobs any more, which makes social dialogue more complicated everywhere, including the Balkan region. We all need to make an effort—especially governments—to support the development of capacities of trade unions and employers’ organizations so that they can be effective facilitators of social dialogue.

How do you rate the Economic and Social Affairs Platform (ESAP), what is good about it and where do we need to improve?

We are extremely proud of the work we are doing with the Regional Cooperation Council (RCC) and the ILO through the Economic and Social Affairs Platform. It is the only regional project that the EU implements on labour issues in the Balkans and the results are already tangible. ESAP and this very meeting in Skopje proved that it is possible for the Balkan countries to work together, carry out peer reviews, support or constructively criticize each other—all for the sake of  improving the essential processes of participating in the EU social model. The Balkan countries are making good efforts. We are optimistic and at the same time ready to support the candidate countries together with the ILO and the RCC. We have built credibility and trust with the governments and are capable of working together in strong partnership. 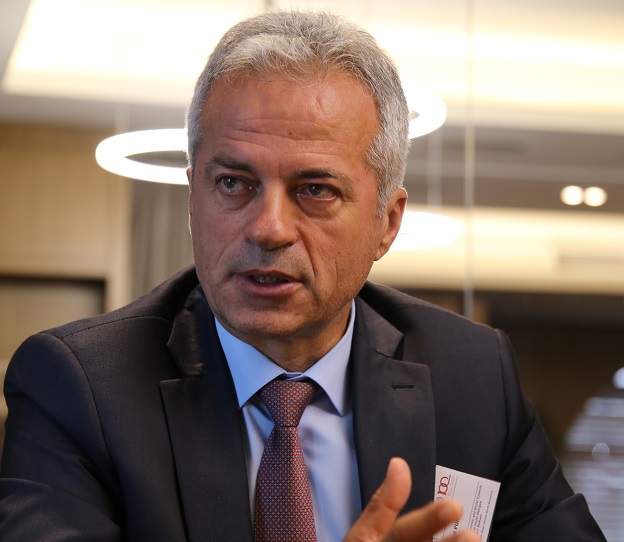 How are you satisfied with the current state of social dialogue in Montenegro and what are the challenges ahead?

Generally, social dialogue is on a good level in Montenegro. That is not to say things cannot be improved of course, but compared to the previous period, it moves forward steadily. The most important improvement is in the institutional capacity of the Social Council (SC). The legal framework advanced, and society as a whole started to realize the importance of social dialogue, particularly the role it plays in achieving social justice and social peace. Social dialogue is now perceived as a necessary phase in decision-making related to the economic and social status of citizens.

The Social Council discusses all the topics under the purview of the Ministry of Labour and Social Welfare. The other Ministries are still inconsistent in sending their draft laws and propositions for the SC for review and this means the biggest challenge for our future work. I started insisting that they do so, and we already see substantial improvement in that regard. For the government, it would be important to explain why it is important to have social dialogue related to the state budget.

Can you give us a concrete example when social dialogue helped to improve legislation?

Montenegro had to amend the labour code to harmonize it with EU directives. We needed to harmonize 14 directives and ratify a significant number of ILO Conventions based on International Labour Standards. We also had our own reasons: we wanted to improve the position of workers and to protect them at the workplace. The labour code also had to be improved to find ways of tackling the challenge of informal and undeclared work. It was a big challenge for social partners and we approached the issue rigorously. The work of the tripartite working group lasted for no less than 6 months and now we have the proper draft law to be adopted.

The other area where social dialogue proved to be instrumental was the increase of minimum wage. It was the 2010 collective agreement to prescribe for the first time a minimum wage. The minimum wage is to be set by the Government on recommendation of the tripartite Social Council and cannot be less than 30% of the average wage in the previous semester. In March 2013, the SC agreed to increase the minimum wage to 193EUR per month corresponding to 40% of the net average wage as the old minimum wage had fallen under the poverty line.  The government and the social partners renegotiated the minimum wage and set it at 222EUR, as of July 2019.

What do you expect from the ILO in the upcoming period?

Montenegro is a country in transition aspiring to join the European Union.  The ILO experience is very valuable for us in the accession process, we want to use it and implement it. For instance, the ILO technical assistance to measure informality was helpful and a new intervention to  test packages for transition to  formality is on its way.  The country needs expert support in several areas, for example in the establishment and better functioning of local Social Councils and in the signing of branch collective agreements.

Additionally, the ILO  is in a good position to help us in closing Chapter 19. on Social Policy and Employment of the Acquis, and meeting all the benchmarks set for us in the area of employment and social policy. The ILO can also guide us in achieving the objectives of the EU Pillar of Social Rights including through the available funding envelopes.