On 17 June, the European Commissioner for International Partnerships, Jutta Urpilainen, opened a High-Level Dialogue for Action on Child Labour, and said:

“Child labour is both the cause and the consequence of poverty and inequalities. We must tackle child labour under all of its different dimensions: ensuring quality education, decent income, social protection, gender equality, and leveraging the potential of empowered youth.”

High-profile representatives from governments, the EU, UN entities and social partners met virtually to exchange best practices on how to end child labour, both within the European Union and in partner countries. The event was organised by the European Commission, the ILO and UNICEF.

Since 2008, the EU has supported 150 projects targeting child labour in 65 countries, for more than EUR 200 million. The CLEAR Cotton project is one of these programmes, financed by the EU and implemented by the ILO and FAO. The project is improving families’ livelihoods and making them less dependent on the unpaid labour of their children. The project has removed around 4,000 children from child labour in cotton fields in Burkina Faso and Mali, reintegrating them into special schools before joining formal education.

The Commissioner reiterated the EU’s commitment to explore new areas and innovative approaches to step up the fight against child labour, including by pledging a zero-tolerance policy on child labour in new trade agreements. The recently adopted EU Strategy on the Rights of the Child is a milestone in implementing this commitment, especially for the EU’s external action.


The participants discussed the key findings of the new ILO and UNICEF report Child Labour: Global estimates 2020, trends and the road forward. It reveals that the number of child labourers has risen to 160 million worldwide for the first time in 20 years. The COVID-19 pandemic makes it worse by putting 9 million more children at risk of child labour.

The participants examined links with other key areas such as decent work, rural development and agriculture, the sustainability of supply chains and due diligence, among other areas. Former child labourers presented their first-hand testimonies at the event. Then a panel discussion explored the best approaches to accelerate action to meet the Sustainable Development Goals target 8.7 on ending child labour in all its forms by 2025.

The event was part of a "Week of Action” to mark the World Day against Child Labour in 2021, which is the International Year for the Elimination of Child Labour. The event also provided an opportunity to assess progress on the implementation of the 2021 Action Pledges. 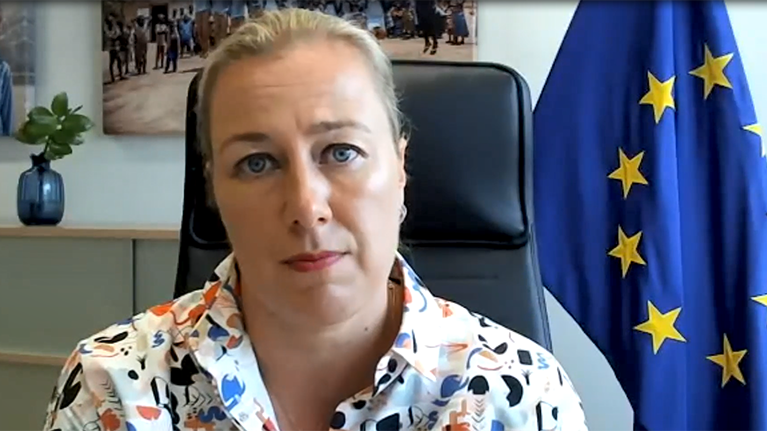 High-level Dialogue for Action on child labour
Skip to top