ILO Regional Director for Europe and Central Asia, Heinz Koller, addressed a High-level conference on “A new start for collective bargaining in Europe”, which was organized by ETUC and the Romanian Presidency of the Council of the EU.

He underlined that collective bargaining is one of the fundamental principles and rights at work, and at the heart of social dialogue. The Centenary Declaration for the Future of Work, which was adopted at the International Labour Conference, states that “Social dialogue, including collective bargaining and tripartite cooperation, provides an essential foundation of all ILO action and contributes to successful policy and decision-making in its member States”.

Although ILO Convention 98 on the Right to Organise and Collective Bargaining has been widely ratified, compliance remains a real issue.

Between 1985 and 2016, the share of employees covered by collective agreements shrank by a fourth, from 45% to 32%. “There is significant variation in bargaining coverage ranging from very low levels in Turkey, the United States, the Republic of Korea and Mexico; medium-low levels in Japan, Canada, the United Kingdom and South Africa; medium-high levels in Brazil, Germany and Australia; and high levels in Belgium, Italy and France”, the Regional Director said.

“Globally, Europe is complying better than others, but this should not overshadow the fact that there is a real and rapid degradation of collective bargaining as well as social dialogue in the region,” he said.

There are various reasons for this: the rise of globalization and deregulation over the last decades, the emergence of the platform economy, a decrease in unionization in many countries, the global financial crisis which has led to a decline in collective bargaining coverage in a number of countries, and certain labour law reforms which have been adopted over the last decade, especially in the new EU Member States and the Balkans, many of which have considerably weakened collective bargaining.

In order to cope with the challenges in the world of work, such as non-standard forms of work and technological progress, collective bargaining is more necessary than ever. It has allowed countries to better resist the impact of financial crises and sectoral bargaining remains one of the best instruments to ensure decent work, he concluded. 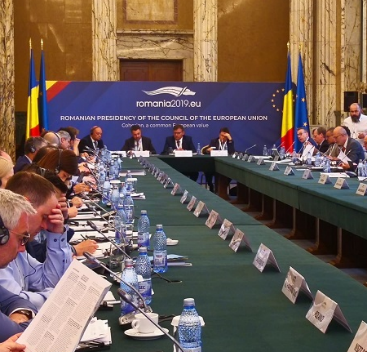