Santiago – Women’s access to paid activities and the narrowing of existing gender gaps in the labor market is crucial for growth, equality and poverty reduction in the region, ECLAC and the ILO indicate in a new study released today.

According to the document, a large increase in women’s participation in paid activities is among the most important trends seen in the Latin American labor market. In the last 30 years, Latin America’s average participation rate for women 15 years and older rose by 11 percentage points, outpacing other regions of the world. However, there are still big differences among countries, both in terms of the pace of growth and the levels of female labor participation achieved, and the figures still lag significantly behind developed countries.

Meanwhile, despite a recent reduction, the gap between women’s labor participation rate versus that of men still amounted to 25.9 percentage points on average in 2018, the publication indicates.

The study adds that to understand the evolution of the female labor participation rate in Latin America and to analyze prospects for the future, it is crucial to contemplate that the decision to participate in paid activities is influenced by diverse circumstances and, in turn, has an impact on other decisions, mainly that of investing in education and those related to the family.

“The region has made progress on many of the factors that have a positive impact on the decision to participate in the labor market, such as equal access to education, a decline in the fertility rate, greater levels of average income and of access to technologies that reduce the amount of time needed to carry out domestic tasks and improve reproductive health services. Progress has also been achieved in terms of political rights and social norms. However, some areas that could limit the growth of labor participation are still lagging; these include gender gaps regarding expected educational achievement and cultural aspects that promote women’s reproductive and caregiving role,” Alicia Bárcena, ECLAC’s Executive Secretary, and Juan Felipe Hunt, the ILO’s acting Regional Director for Latin America and the Caribbean, state in the foreword of the document.

In addition, the report indicates that the incorporation of new technologies could produce an increase in women’s participation in paid activities. Nevertheless, it warns that greater participation does not necessarily entail greater quality of employment or quality of life, and it stresses that policies to avoid the deepening of labor precariousness and excessive workloads must be adopted in order to ensure that current gender gaps do not widen.

In the current edition of the Employment Situation in Latin America and the Caribbean, ECLAC and the ILO also examine the labor market’s performance during the first half of 2019. According to both institutions, the regional urban unemployment rate held steady versus the same period of 2018, reaching 10.1% on average for the 15 Latin American countries analyzed.

They add that the low economic growth recorded in the first half of the year affected job creation as well as labor conditions. On the one hand, self-employment (which is generally of lower quality) continued growing more than salaried jobs during that period. At the same time, the concentration of jobs in service sectors held firm as a trend, while growth in industrial employment since 2017 has been wearing thin and decelerating.

In sum, the United Nations organizations state that in 2019 the sectors and categories that tend to create better-quality jobs are losing ground against sectors in which the creation of jobs with more informal labor conditions prevails. In addition, the average real wages of registered employment and real minimum wages are growing at a lower rate than in previous years.

Finally, given the moderate expectations for economic growth in 2019 both at a global and regional level, ECLAC and the ILO forecast that the year will end with a slight increase in regional unemployment rates, which are seen at around 9.4% for urban areas (compared with the 9.3% recorded in 2018). 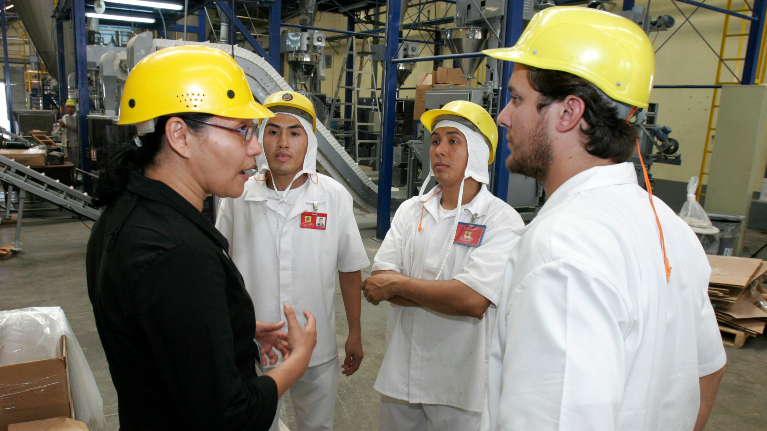