The Government of China has entered into an important dialogue with the ILO over forced labor and trafficking issues. Under the ILO Declaration on Fundamental Principals and Rights at Work, the Government of China has identified, as a difficulty with regard to the elimination of forced labor, “the lack of information and the lack of capacity of responsible government institutions concerning forced labor due to trafficking”. It has also requested ILO assistance with regard to broader forced labor concerns, to prepare the ground for ratification of the ILO’s two Forced Labor Conventions.

With the cooperation of the ILO's Special Action Programme to Combat Forced Labour (SAP-FL), some initiatives have already been taken since 2003: an initial training workshop in Beijing (January 2003); a study tour on forced labor for high-level Chinese officials from different ministries, including the Ministry of Labour and Social Security, the Ministry of Public Security, the Ministry of Justice, the Standing Committee of the National People’s Congress, and the Legislative Office of the State Council. The aim is to strengthen a network of officials from key Government agencies, who can cooperate in the process of law and policy reform in the areas of forced labor and trafficking of persons.

The SAP-FL China project builds on a number of existing ILO activities, and is being implemented in close coordination with other ILO relevant projects in China. Stakeholders from relevant ministries, workers’ and employers’ organizations, non-governmental and people’s organizations participate actively in the implementation of the project. In the meantime the Project has addressed Chinese trafficking in Europe, as part of a comprehensive effort to identify the forced labor outcomes of trafficking in destination countries. The ILO is already providing policy advice and technical cooperation on these issues, at the request of the Government of China. And this project will further inform that process. In addition to training seminars on the subject, it has facilitated a network of senior Government officials from different Government agencies and the legislature, to prepare the ground for key law and policy reforms.

The Project enables the Ministries of Public Security, Justice and Labor and Social Security (as well as National People’s Congress and the Legislative Office of the State Council) to consolidate their experience at a key time of law and policy reform in China; the project will provide awareness raising and capacity building for labour and other law enforcement officials, at national as well as provincial levels. As part of its promotional activities to eradicate forced labor and trafficking within the country, the Government of China has specifically requested the ILO to provide capacity building for responsible Government institutions, as well as training of other law enforcement officials. The focus of such training and awareness raising activities will be in Fujian, Zhejiang and Jilin Provinces.

The SAP-FL China Project aims to enhance the capacity of the Government of China to address the law enforcement aspects of the trafficking cycle, building on the data-gathering, victim identification, law and policy, and operational activities that different ILO units have been carrying out in recent years.

With activities conducted, the SAP-FL China Project has made the following achievements in Fujian, Zhejiang and Jilin Provinces: 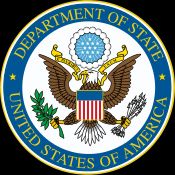