The conference was organized in the context of the 16 Days of Activism against Gender-Based Violence by UN Turkey in the lead of ILO.

At the Conference, Mr. Numan Özcan, Director of the ILO Office for Turkey, underlined that the Convention was the first-ever international convention addressing violence and harassment in the world of work adopted by ILO at its Centenary, and drew attention to the importance of ratification of the Convention by Turkey.

“As an organization devoted to creating a world of work free of violence and harassment, we as ILO, explicitly call Turkey to ratify and effectively implement the ILO Convention and Recommendation.”

“We believe that ratification will represent a significant step toward, and effective means for, preventing violence and harassment in the world of work.”

“Violence and harassment in the world of work have psychological, physical, sexual and economic dimensions”

Noting that violence and harassment occur not only at work, but also at home, on the street, or everywhere, and represent a phenomenon with various dimensions such as psychological, physical, sexual and economic, Mr. Özcan said: “Violence and harassment in the world of work constitute an exact opposite of decent work advocated by ILO.”

Underlining that the Convention places special emphasis on violence and harassment experienced by women at work, Mr. Özcan stated that while the conventions of the United Nations and of the Council of Europe provided a framework for ending violence against women, the ILO Convention further expanded and reinforced such framework as to include the world of work.

“The Convention emphasises women because they are more exposed to violence”

“Women as well as certain occupational groups and those who work in informal and vulnerable jobs may be more exposed to violence at work. The Convention makes special emphasis on gender-based violence and domestic violence because gender inequalities in the society and at work place women at much higher risks of violence”.

“Many women today may move away from the world of work due to psychological, physical, sexual and economic violence. Therefore, special policies are needed to formulate special measures in terms of violence against women at work, and include and keep them in employment from which they already are kept away.”

“The Convention defines the workplace beyond the traditional limits”

Indicating that he Convention defines the workplace beyond the traditional limits as to include all forms of violence during commuting, business travels, business meetings and work-related social activities, Mr. Özcan pointed out the Convention also covered violence and harassment in online communications in that scope.

Ms. Nurcan Önder, General Director of Labour of the Ministry of Family, Labour and Social Services stated that women were more exposed to violence and harassment.

Ms. Nurcan Önder, General Director of Labour, said: “As the Ministry, we are fighting psychological violence, i.e. mobbing, at work. Our roadmap is, in collaboration with ILO, unions and all relevant parties, to fight mobbing.”

Ms. Stawe said: “Violence and harassment are not acceptable. Therefore, ratifying the ILO Convention on Violence and Harassment may be the first step for combating the phenomenon.”

Mr. Alvaro Rodriguez, UN Turkey Resident Coordinator, said: “The ILO Convention is a call to change behaviours which have to date been overlooked or tolerated. That is, the ILO Convention in a sense is a milestone on the way to long-term change.”

At the Conference, Mr. Numan Özcan, Director of the ILO Office for Turkey, and Ms. Asya Varbanova, UN Women Turkey Director, introduced the “Handbook Addressing Violence and Harassment against Women in the World of Work” prepared jointly by ILO and UN Women, and translated into Turkey by the Turkey Offices of both organizations. 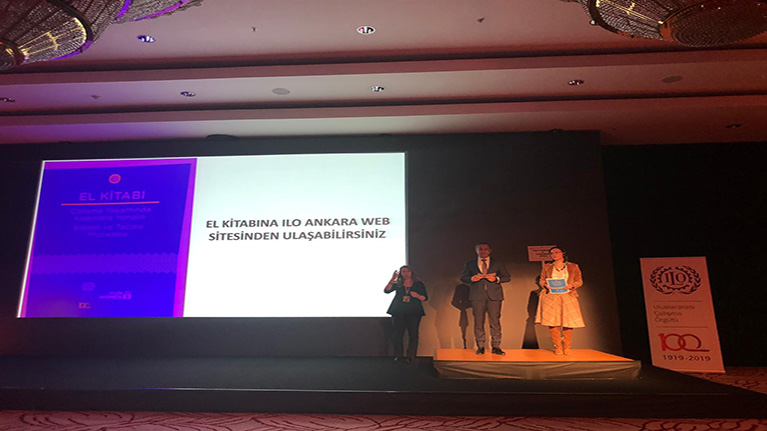 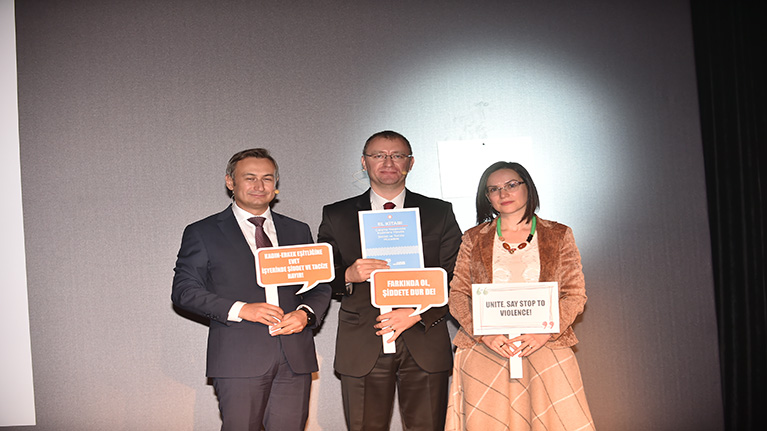 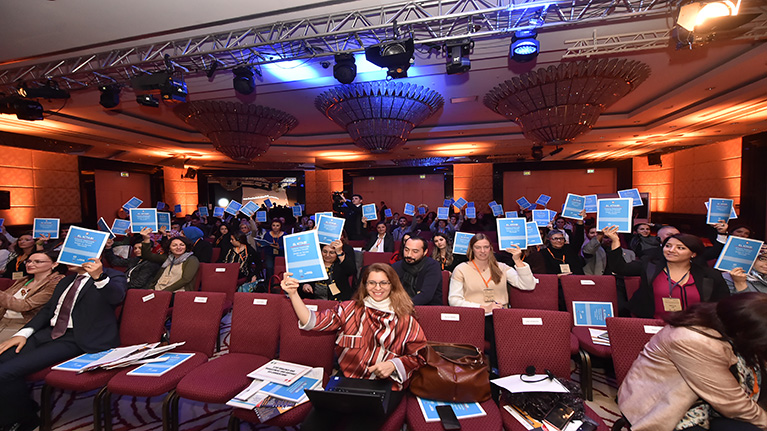 Dr. Jane Pillinger, author of “Handbook Addressing Violence and Harassment against Women in the World of Work” and researcher and advisor on gender, social change and justice, informed about the handbook. In addition, Ms. Kadriye Bakırcı, a law professor, made a presentation that assessed the Turkish legislation in light of the ILO Convention. 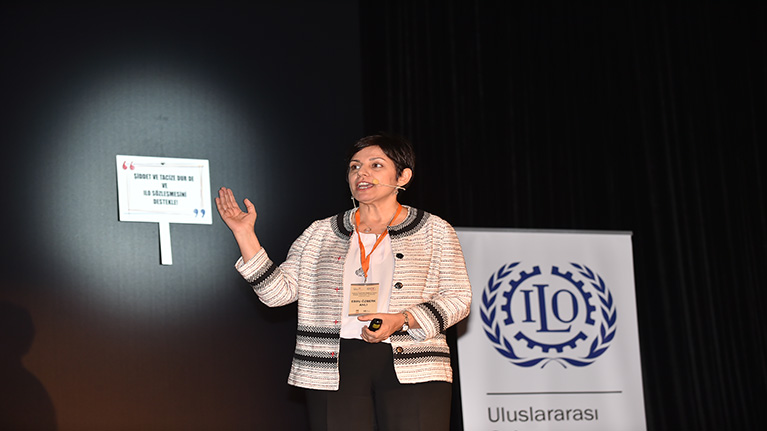 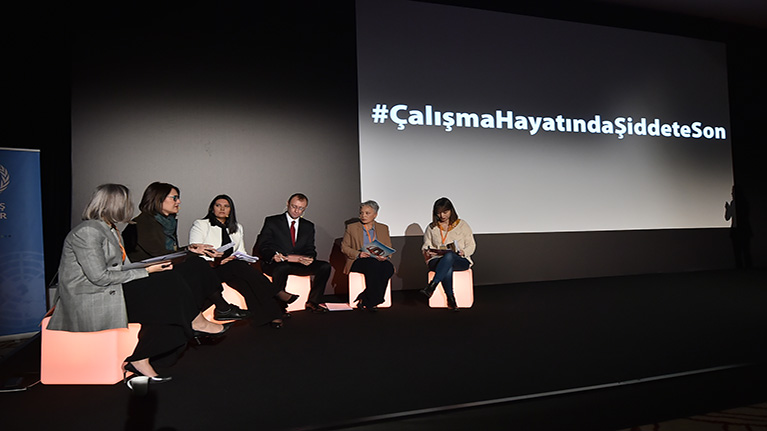 The Conference also featured a section and forum where digital stories of people who were exposed to various forms of violence and harassment at work, compiled by Assoc.Prof.Dr. Burcu Şimşek of Hacettepe University, Coordinator of Digital Story-Telling Workshop. 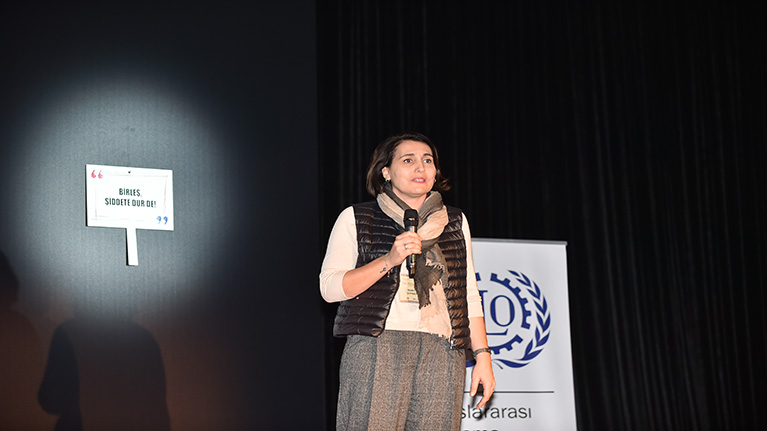