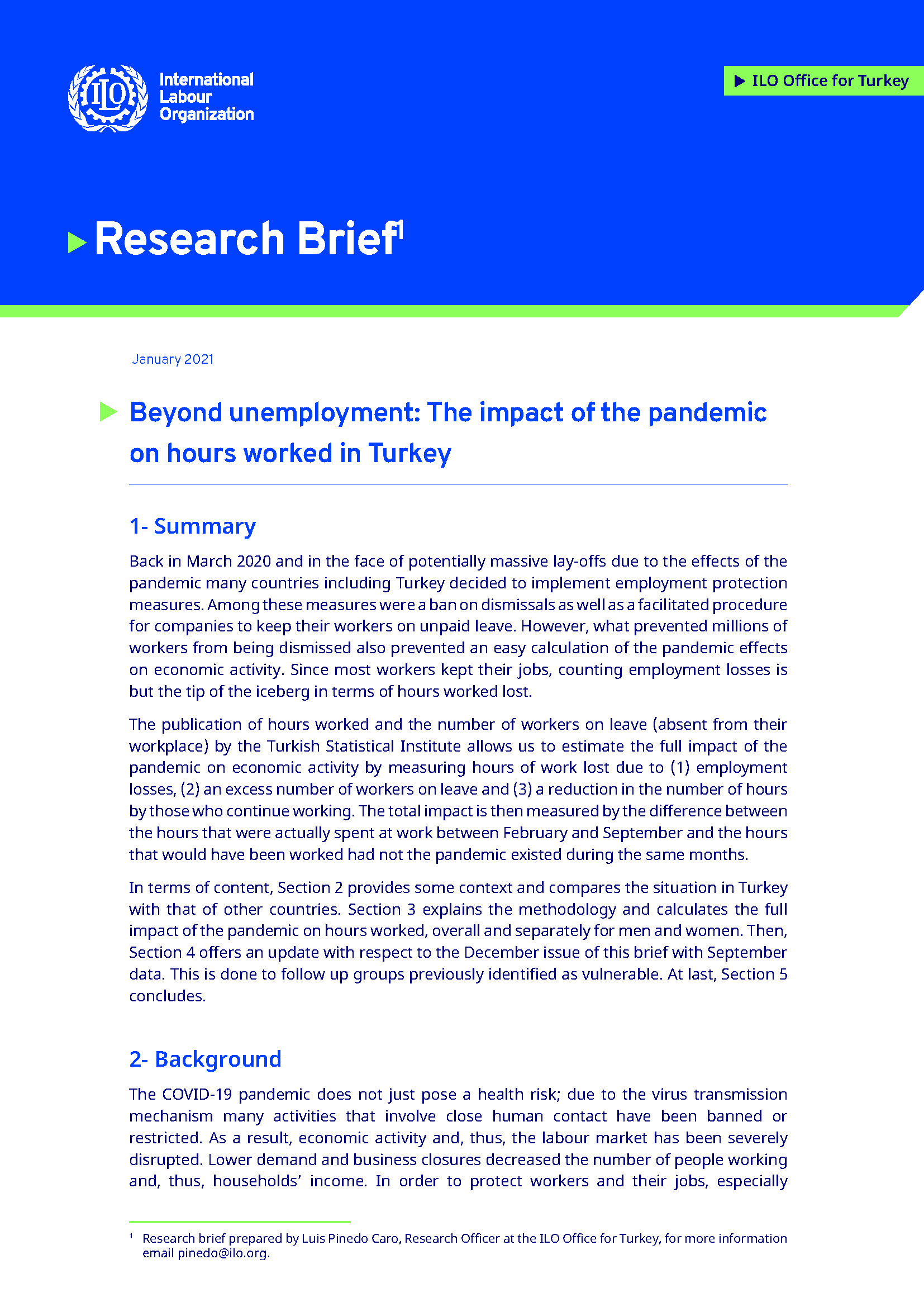 Download:
Back in March 2020 and in the face of potentially massive lay-offs due to the effects of the pandemic many countries including Turkey decided to implement employment protection measures. Among these measures were a ban on dismissals as well as a facilitated procedure for companies to keep their workers on unpaid leave. However, what prevented millions of workers from being dismissed also prevented an easy calculation of the pandemic effects on economic activity. Since most workers kept their jobs, counting employment losses is but the tip of the iceberg in terms of hours worked lost.

The publication of hours worked and the number of workers on leave (absent from their workplace) by the Turkish Statistical Institute allows us to estimate the full impact of the pandemic on economic activity by measuring hours of work lost due to (1) employment losses, (2) an excess number of workers on leave and (3) a reduction in the number of hours by those who continue working. The total impact is then measured by the difference between the hours that were actually spent at work between February and September and the hours that would have been worked had not the pandemic existed during the same months.

In terms of content, Section 2 provides some context and compares the situation in Turkey with that of other countries. Section 3 explains the methodology and calculates the full impact of the pandemic on hours worked, overall and separately for men and women. Then, Section 4 offers an update with respect to the December issue of this brief with September data. This is done to follow up groups previously identified as vulnerable. At last, Section 5 concludes.