The ILO Director-General’s visit was a first by an ILO DG in the organisation’s 100-year history, since Lesotho became a member of the ILO in 1966.  Lesotho became a Titular Member of the ILO Governing Body in June 2014, representing SADC Member States.
Mr Ryder made a courtesy call to His Majesty the King Letsie III at the Royal Palace, the Right Honourable the Prime Minister Dr Thomas Thabane as well as to the Honourable Speaker of the National Assembly, Honourable E.S. Motanyane.

The ILO DG held fruitful high-level consultations with the Deputy Prime Minister, The Honourable Monyane Moleleki; Honourable Minister of Labour and Employment a.i.; Minister of Foreign Affairs and International Relations; as well as the Minister of Development Planning.

One of the highlights of the DG’s visit was the signing of the Memorandum of Understanding on the 3rd phase of the Decent Work Country for Lesotho to be implemented during the period 2018 to 2013 with the Honourable Minister of Labour and Employmenta.i. Honourable Joang Molapo on behalf of the Government of Lesotho and representatives of employers’ and workers’ organisations at Thaba-Bosiu Cultural Village on 30 July 2018. 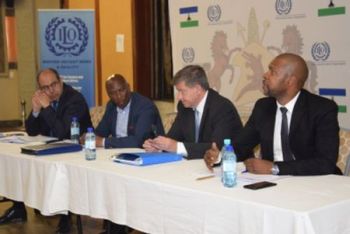 The ILO DG’s visit to Lesotho gave an impetus and renewed energy:
• For enhanced collaboration between the national partners, beyond the “traditional ILO tripartite partners to promote the attainment of the decent work agenda in Lesotho

• For all to “push-harder” to clear the back log of pending policy drafts and legislation - the labour code amendment, 2018l and Draft legislation on the establishment of the comprehensive national socials social scheme. 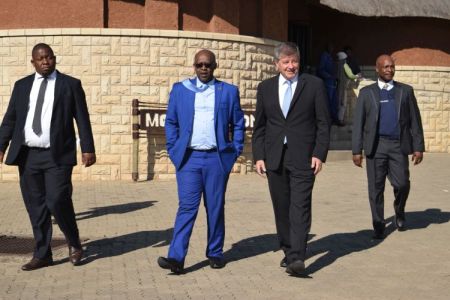