The ILO and the Swedish International Development Agency have signed in July 2017 an agreement for a one-year inception phase of the project entitled “Advancing the Decent Work Agenda in North Africa (ADWA; which means “lights” in Arabic). This is expected to lead to the signing of a longer implementation phase.

Decent work deficits that had accumulated for decades flared-up in 2011 in Tunisia, Egypt and Lybia. The shockwave was also felt in Morocco and to a lesser extent in Algeria (as well as across the Middle East). Six years on, decent work challenges have not subdued.
Youth unemployment in North Africa was already the highest among world regions in 2011; today it stands 5 points above 2011 levels. While the worst of the labour market crisis is behind in countries like Tunisia and Egypt, structural deficits for decent work are still a pressing challenge in the region.

The policy framework that drove government agendas in the 90s and 2000s across North Africa are still centre-stage. On the economic side, the prevailing narrative is about macroeconomic stabilization and improving the business environment; on the social front, it is about “mitigating the adverse effects” of the bitter economic pills that will be taken along the way.

Lessons from most immediate history are (again) left aside. Macro stability and business- conduciveness does not necessarily generate jobs at pace with demographic growth. Indeed, the 2011 events had followed two decades of relatively high growth (at 5-6% annually).
Social inclusiveness is not a cost to the treasury, it is a condition of sustained development. Governments in North Africa have moved past emergency and short term measures, and a window of opportunity has opened for long-awaited, long-term reform.

This project takes an innovative but informed and measured take at improving policy design, monitoring and evaluation for decent work in North Africa. Support for “evidence-based policy” have commonly focused on the “supply side”, the production of good evidence. How much of such evidence is actually traceable in actual policy decisions? The evidence-policy making chain is often broken or lacking in developing countries.

North Africa has achieved generally a good level of statistical development, but not much of this is traceable in headline social and economic choices. This project will thus look at improving the whole chain linking the production of evidence to decision making. What, how, when and by whom evidence is produced and how does it inform, influence, induce key decisions made by Governments? How are key policy influencers (social partners and civil society organizations, independent experts and academics) involved, and how can they make use of the same?

By policy evidence, this initiative considers quantitative and qualitative evidence that is produced for the purpose of informing policy options and decisions, as well as knowledge derived from actual practice and that needs to feed policy.
On the one hand therefore, good policy is policy that relies on solid statistical data or other rigorously produced evidence for its initial design, monitoring and evaluation/assessment. Policy processes are seldom linear, sequential, or happening within clear and foreseeable political timelines and geometries.

Challenges involve weak capabilities for data production and analysis but also information gaps and asymmetries among decision makers and influencers, tactical expediencies and politicking, or time constraints and other mere practicalities are all also of the essence.
Improving the evidence-policy nexus is of particular importance in middle income countries in North Africa, where social and economic patterns have complexified and where good policy a concurrent level of analytical sophistication.

The other side of the evidence-policy equation is learning from practice. A lot of great work on socio-ecomomic development is carried out across North Africa that needs to feed policy– to upscale best “models” or to mainstream key “lessons” across policies and programmes.

Coordination and assessment are the necessary conditions for multiple development practices– good and less good- to accrete at country level into up-to-scale programmes and national priorities. Since 2011 North Africa has seen a large increase in the number and scale of development partnerships. But this increase in development assistance has left public administrations underequipped to discharge their coordination, assessment and steering roles.
In most countries nothing is in place to identify what has worked well. Competing narratives, agency mandates or interests are powerful centrifugal forces. The identification of “good practices” or models with high/highest returns on investment at country level, in a widely accepted and rigorous manner, is happening too rarely.

In this context, the project will aim at the following results: 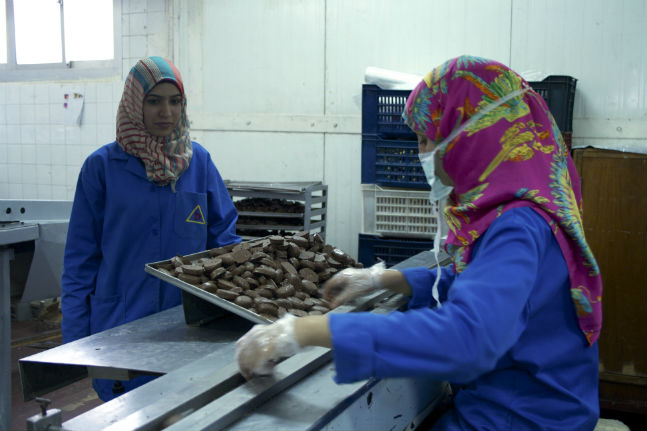