The International Labour Organization (ILO) Lusaka Country Office has officially launched its ILO 100 Centenary celebration at a colourful ceremony held at Taj Pamodzi Hotel.
The national launch, which was graced by Labour Minister Joyce Nonde-Simukoko on the eve of the International Labour Day, was characterized by song and dance from enthralling drama performance by Barefeet.
The event to mark the 100 years of existence of the ILO, as well as 50 years of operation in Zambia was attended by several high ranking officials among them, cabinet ministers, permanent secretaries, diplomatic corps, donors and implementing partners.
And ILO Director George Okutho says the ILO has become a locomotive of social progress, peace and development to its 187 member states.
Mr. Okutho stated that Zambia has been part of a strong voice in the ILO family whose role after 100 years of existence still remains relevant despite the many challenges the organisation has faced since establishment as the first UN specialised agency in April 1919.

What has been described as a wild dream at its origin, in April 1919, has turned out to be something else; a Century of endeavour and achievement, during which the ILO has been a locomotive of social progress and an advocate and champion for peace. But it has not been a smooth journey, all through, there were detours along the way, he said.

Meanwhile, Mrs. Simukoko said there was need to embrace a work culture that promotes productivity through efficient use of modern technologies.
She added that technology is changing the way work is organised the world over and is improving productivity to levels unseen before.
She disclosed that Zambia has been selected by ILO to participate in the pilot project on the preparation of article 22 of the ILO constitution baseline reports to improve International Labour Standards Reporting.
The minister also launched the Coffee Table Book detailing the history of ILO work in Zambia.
And acting United Nations Resident Coordinator George Okeche said ILO has in the last 100 years advanced the agenda of promoting social science and decent work around the world.
Meanwhile, Zambia Congress of Trade Unions president Chishimba Nkole praised ILO for helping improve the welfare of workers and provision of training.
And Zambia Federation of Employers acting president Stephen Sikombe said ILO has set the pace and trend for social justice and progress in the world through the formulation of sound labour policies. 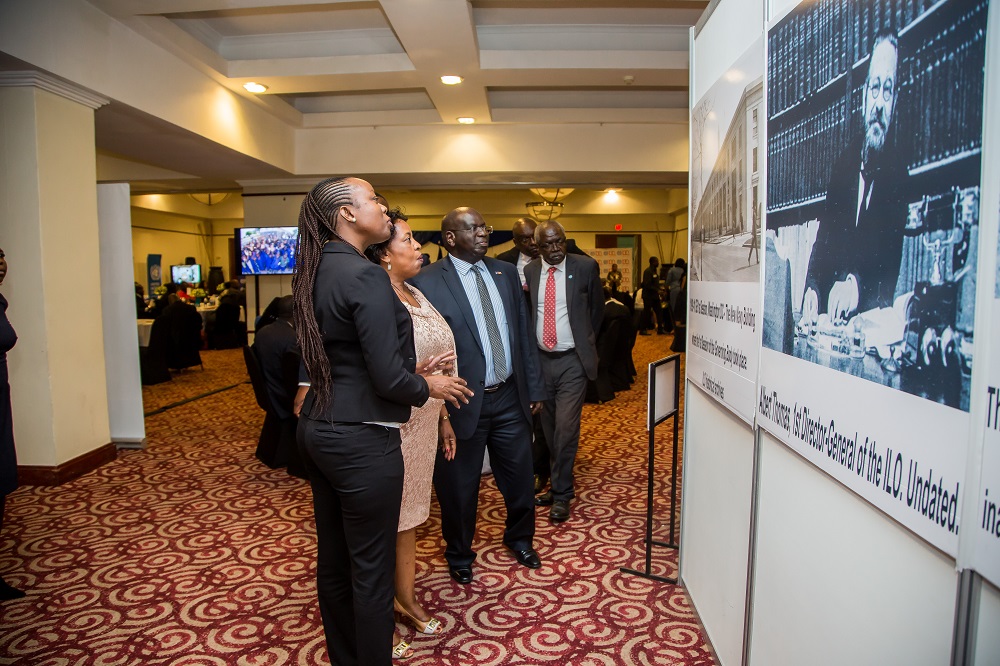