BAIDOA - Mohamud Mohamed is one among the many Somalis who had to flee the country because of the internal conflict that devastated Somalia.

Mohamud was born and raised in Baidoa, a city in the south-central Bay region of Somalia, 250 km from Somalia’s capital city Mogadishu.

When he was young, Mohamed attended the Coranic school. It was also at this time that he learned Arabic.

Then he got married and became a teacher. He had a good life till the war broke out and things took an unexpected turn. He already had two children when he had to leave his country in search of a safer place to live. He went to Kenya where he and his family settled in an overcrowded refugee camp packed with other Somali refugees.

“I was unable to find a job and had to rely on humanitarian assistance to support me and my family. All I could do then was to hope for better days,” he recalled.

Things started to change in 2013 when he heard from other refugees that a project had started in Baidoa to help Somali refugees returning to Somalia to find durable solution to resettle. The idea was to promote sustainable livelihood through grant distribution and cash for work.

When Mohamud heard of this, he immediately decided to return to his hometown. The family resettled in Baidoa. They struggled a little in the beginning, but their situation gradually improved.

In the beginning of 2015, Mohamud was selected as one of the beneficiaries of an ILO project providing durable solutions for Somali refugees covering areas such as repatriation, assistance and promoting sustainable livelihoods.

Participants were trained by qualified teachers on business management and entrepreneurship. Training sessions were conducted in Somali language.

The programme was meant to teach Somali returnees the basic skills for business to enable returnees and their communities to access their basic needs and restore their livelihoods with dignity.

Mohamud was very keen to learn new skills, and quickly had an idea of the business he wanted to start. After the training, he took part in a business plan competition and was given the opportunity to put his new skills into practice. He was among the competition winners. His family was very proud of his achievements. He was awarded 14 days of financial management training as well as US$500 in cash to start his own business.

But before investing his money, he decided it was best to assess the local market to find a place to establish a small business where no other similar shops existed.

After a comprehensive analysis of the local market, Mohamud made up his mind. He opened a small shop in Baidoa that sells basic good like sweets, sugar and cooking oil. He is now the proud father of 6 children (4 girls and 2 boys).

“My ambition is to educate my kids, give them better health care services and pay for their daily food through my business, and I hope God will help me along the way,” Mohamud concluded with a smile. 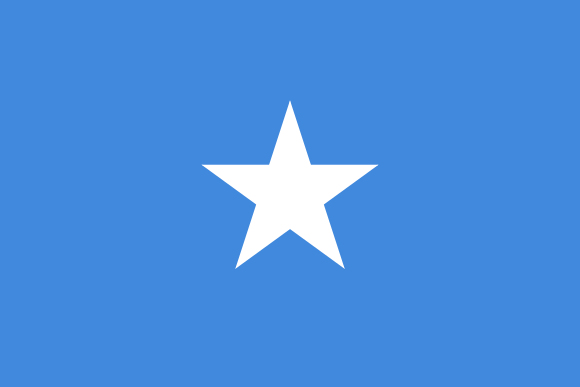