MONROVIA – David Wolo worries about finding fresh water for his family. “The water from the pipes is not good, because these pipes are outdated. You can see the sediment in the water. You can see all sorts of things in it.”

Village elder Wolo, 67, has lived in Clara Town, a deprived community in the Liberian capital, since 1979. During that time, he has seen the water situation deteriorate: “The water and sanitation situation is very difficult. At first we had full pipe-borne water services but now, it is difficult to get water. You have to go four kilometres, sometimes five kilometres to get clean water,” he explained.

Clara town lies less than two kilometres east of West Point, the slum community that became a flash point during the Ebola crisis in 2014-2015 when Liberian authorities imposed a local quarantine in an effort to limit the spread of the disease.

While the threat of Ebola has lifted, water borne diseases such as cholera and dysentery remain an endemic threat throughout these low lying suburbs on the city’s fringes.

As part of the post Ebola recovery strategy, the ILO teamed up with other UN agencies and Monrovian authorities to roll out a pilot project in Clara Town, one of four communities identified to benefit. The aim was to expand basic sanitation, improve environmental conditions and hygiene, and promote youth employment in the slum communities of Monrovia.

For the 74,000 inhabitants of Clara Town, cutting waiting times for clean water was a key demand.

“As an example, students are not able to get water before going to school and the women themselves, when they come to get water it takes up the time they need to take care of the home,” said Bestman Toe, President of the Slum Dwellers Association of Liberia.

An important element of the programme is the ILO’s focus on a labour intensive approach with skills training in project implementation.

“By engaging young people from the start and by offering work and the chance to build their skills and confidence we can increase their chances of future employment and their ability to create business opportunities,” said the ILO’s Salif A. Massalay.

It’s an approach that Bestman Toe supports: “It’s in the interest of the community, especially the youth, who are the bulk of people facing high unemployment rates. With this project there will be skills training and this will also empower people to have a job in the future. And that will give a clear sign to the rest of this community of Clara Town.”

One of the young men attending the conference was Joseph D. Kanneh. He told us that for him, there are other important priorities for the community.

“Water is important. Toilets are important. But the key things that are missing are bridges that can help people physically transport the water they need. People these days have to spend 10 hours getting water,” he said.

As well as improving water and sanitation quality, the ILO programme also focussed on the handling of solid waste management. Currently most solid waste in the community is often left on the ground in bags, or pushed into the sea.

For David Wolo, change in the way Clara Town handles its rubbish and its water supply is good news: 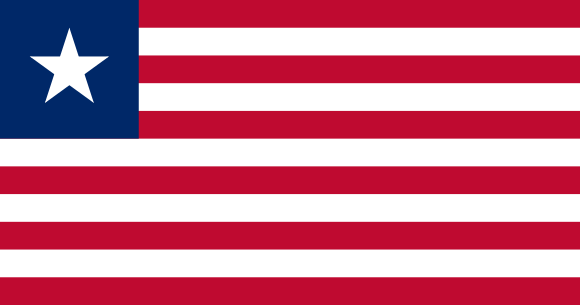