The commissioning of the TNF, which calls on government, business and labour to prioritise dialogue on socio-economic challenges facing the country, coincided with the enactment of the TNF Bill.

In her keynote address to representatives from government, business, labour and development partners, ILO Director, Hopolang Phororo described the Centenary as a “milestone”, adding that in its 100 years, the organization has been committed to tripartism and social dialogue.

She indicated that challenges facing the world of work can only be resolved through dialogue.

“100 years later, we face new and more complex challenges in the world of work. These changes are largely driven by technology, demographics and environmental concerns.

As the ILO, we firmly believe that tripartism and social dialogue are a viable route for us to respond to these pressing challenges…..Representatives of governments, employers and workers can engage in a process of exchanging information, consultations and negotiations to build consensus and address these key economic and social challenges,”

said Phororo, reminding guests that it was not the sole responsibility of either government, employers or workers to find solutions to the economic and social challenges.

“This is the responsibility of all citizens. Social dialogue is an effective tool for people to find each other, forge a new national vision and commit to walk together for a common purpose.”


Urging those in attendance to read the ILO report on the Future of Work launched this January, Ms Phororo said, “I would like to invite you all to read the recently launched report by the ILO’s Global Commission on the Future of Work titled ‘Working for a Brighter Future.’ The report calls for a human-centred agenda on the future of work that reinvigorates the social contract by placing people and the work they do at the centre of socio-economic and business practices,” she added.

President Mnangagwa congratulated the ILO on the Centenary and commended the labour body for according Zimbabweans to serve in its structures over the years.

“We look forward to an enriching cooperation among social partners and we anticipate continued support from development partners like the ILO, an organisation some Zimbabweans in the mould of the late State Vice-President John Landa Nkomo and Zimbabwe Congress of Trade Unions (ZCTU) president (late) Gibson Sibanda served”

On the TNF Chamber, President Mnangagwa noted that tripartism underscored that people should talk more to each other than talk about each other, if challenges facing the country are to disappear.

He added: “Let us shun the culture of militancy, disharmony and demonstrations. We must develop greater understanding of each other’s perspectives. Like one writer says,

‘Most problems would disappear if people talk to each other more, instead of talking about each other.’

“Differing positions must be permissible within our country, however, these must never divide us or result in conflict. Violence must never be used as a tool to gain temporary advantage, at the expense of the people we must serve and protect.”

Public Service, Labour and Social Welfare Minister Sekai Nzenza said that implementation of the TNF had been hampered by the absence of a legal framework and the promulgation of the law would enable the emergence of a more guided, accountable, transparent, effective and responsive social dialogue process.


“In today’s socio-economic environment, which has brought unprecedented and extremely complex challenges, it is evident that the work of the TNF becomes even more relevant and central to Government,” she said.


Employers Confederation of Zimbabwe (EmCoZ) Acting President Israel Murefu concurred with Minister Nzenza that the absence of a TNF legal framework made it difficult to implement resolutions.


ZCTU President Peter Mutasa called on transparent and accountability amongst TNF partners, if the socio-economic challenges Zimbabwe is facing can be dealt with. Borrowing from the
Commission of Inquiry report of 2009, he bemoaned the continued routine harassment of trade unionists and emphasized the call “for fairness and equity in the aspect of work,” made by the Commission almost ten years ago 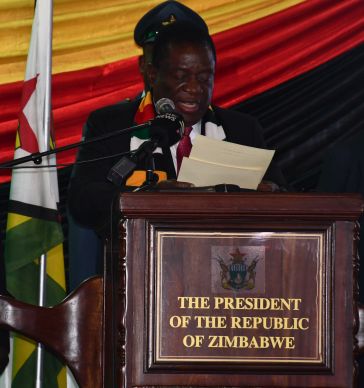