Child labour remains a major challenge to socio-economic development in Tanzania. It constitutes a major obstacle to achieving education for all and other developmental goals. Child labourers in Tanzania especially those who are working in hazardous conditions lack of social protection measures due to weak enforcement of education system legislation particularly in rural areas.

During this preparatory phase of the project (2016-2017) it has been noted that factors such as socio-cultural beliefs, household poverty, and weak enforcement of legislation on child labour combined, perpetuate child labour in most rural communities in the region. Following are some of the developments since the start of the implementation of the project in July 2016.

The ARISE project, in collaboration with UNICEF has already established  child protection teams both at district and ward levels through capacity building on enforcement of legislation on child labour. The project also worked closely with a facilitation team from the Ministry of Health, Community Development, Gender, Elderly and Children as a line ministry.

Commenting on the status reached todate on this activity, Joseph M. Mbwana, the Public Prosecutor for Urambo District, who is also the chairperson of the Urambo DCPT , had this to say,

“…It is interesting to see that all of us, 25 members of Urambo District Child Protection team, are working together to raise awareness among the public on this problem and set measures to combat it…thanks to ILO-ARISE project for opening up the collaborative windows…”

Some of the actions taken on child abuse/child labour todate include strengthening the communication channels among the DCPT members and project executing agencies. This includes the formation of a Whatsapp group as a means to share and exchange information on child labour and advice each other on various legal issues related to the subject.

The project team also collaborates well with the District gender/children desk officers  to whom child abuse  complaints are channelled to.  The tobacco field technicians assist in inspecting the tobacco farms to check on children engaged in the farms instead of attending school. The DCPTs also meet regularly to discuss developments on child labour and abuses in the field.

“As we meet regularly we have seen that the team is solving many child abuse issues including child labour”. This was said by Mr Paulo Malilo from Tabora Development Trust Fund (TDFT), the Chairperson of Uyui DCPT.

The Tanzania law of the Child, Act No.21 of 2009, state clearly that the District Social Welfare Officers are responsible with child protection issues. Commenting on the formed DCPTs, Hon Margaret Sitta, Member of Parliament for Urambo said,

“… the Social Welfare Officer should use the best interest approach in dealing with such sensitive issues and work collaboratively in responding to violence, abuse, neglect and exploitation…”. This is now happening but has never been the case before. Hon M. Sitta was the Minister of Community Development, Gender and Children when the Child Act 2009 was adopted.

The project also works with district and regional authorities in various events including through campaigns, workshops and field works. Recently the project participated in the launch of tree planting campaign, an event aimed at making Tabora region greener. Emphasizing on everyones’ participation in the campaign, the Regional Commissioner for Tabora, Hon. Aggrey Mwanri, said,

“Children protected from the worst forms of child labour in tobacco growing communities should be taught on how to fight against child labour as well as becoming champions in protecting the environment through establishing school tree nurseries thereby making Tabora greener”.

The campaign was also an opportunity for the Project Coordinator, Dr. Gerson Nyadzi to brief participants on the ARISE project.


The project has already facilitated the development of child labour action plans for Uyui and Urambo districts which are now at the approval stage. This will pave the way for the formation of Ward Children Protection teams across the two districts thereby reach more people especially on the awareness creation campaigns.

“…this is the first time the activity plan related to child labour has been approved by the full council meeting…we are grateful to the ILO and ARISE project for the capacity building rendered to the district teams…”.

The Project focuses on building partnerships to effectively eliminate child labour in farming communities from which JTI sources tobacco. The project specifically strengthens the enabling environment at community, district, and national levels in the following strategic areas, among others:

To date, it is estimated that there are around 4 million child labourers in Tanzania; this is as much as 29 per cent of all children in Tanzania. Tanzania developed its National Action Plan (NAP) for the elimination of the worst forms of child labour (WFCL) in 2009. The tool considers the worst forms of child labour as constituting exploitation and gross violation of human rights which takes place at household, community, institutions and enterprise levels. Efforts and responses are therefore being addressed at all these levels. 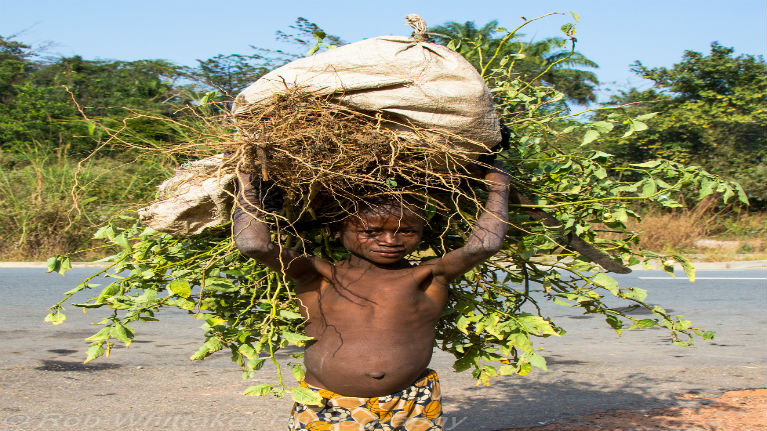