Today we celebrate the International Migrants Day. This year it coincides with the 25th anniversary of the adoption of the UN International Convention on the Protection of the Rights of All Migrant Workers and Members of Their Families. The year 2015 also marks the 40th anniversary of the ILO’s Migrant Workers Convention (No. 143). According to the ILO's latest global estimates, there are approximately 232 million international migrants, from which 150.3 million are migrant workers.

Labour migration as a free choice in the search for job and career opportunities is not new; nevertheless during the last two years we have witnessed a massive mobility of people fleeing from their home countries in the so called refugees’ crisis. The world is currently facing the biggest migration movement in 70 years as people flee armed conflict and abject poverty. Until the core causes that force people to leave their homelands are resolved, the migratory pressure will continue to grow. Beyond this humanitarian crisis and its labour market implications, we must not neglect the rights of the 150.3 million of migrant workers who leave their countries in search of decent work opportunities but, all too often, end up being the victims of labour rights violations.

There is no question of the positive aspect of the economic and social contributions of migrant workers to their countries of origin and destination: after all, migration has been included as a key component of the newly adopted 2030 Agenda for Sustainable Development. However, first and foremost, labour migration should benefit migrant workers and their families themselves.

In this overall framework, workers organisations in both -origin and destination countries face many challenges to fully protect migrant workers. One important challenge facing trade unions is reaching out to migrant workers to help them organise since in many occasions they are within the informal economy and in most cases they are denied the rights of freedom of association and collective bargaining. Another challenge is the effective cooperation between unions to better inform migrant workers -prior to departure and upon arrival, about their rights, obligations and opportunities to seek for assistance when needed. Furthermore, trade unions face the challenge of working with Governments at origin and destination in order to foster commitment towards ratification of labour migration standards and implementation of the already ratified ones. Freedom of association and collective bargaining are fundamental rights for all workers, including migrant workers and efforts should be made in order to ensure the full enjoyment of these rights.

The ILO’s mandate with regards to migrant workers is well founded in its Constitution, which calls for the ‘protection of the interests of workers when employed in countries other than their own’. In his 2014 report to the International Labour Conference (ILC), the Director General identified ILO’s rights-based approach, grounded in the principles of equal treatment and non-discrimination, as its key comparative advantage.

ILO Conventions on Labour Migration (No. 143 on Migrant Workers and No. 97 on Migration for Employment) and their correspondent Recommendations are vital instruments to protect migrant workers.

The ILO is working to assess and promote effective protection of migrant workers’ rights. Two concrete steps fostering the ILO Fair Migration Agenda launched by the Director General in the ILC back in 2014 are: the discussion in the ILC Committee on the Application of Standards based on a General Survey on labour migration conventions and recommendations conducted by the Committee of Experts on the Application of Conventions and Recommendations in 2016, and the ILC General Discussion on labour migration in 2017.

This is the time, if ever there was one, to galvanise effective and meaningful collaborative action between governments and the social partners for the respect of the principles enshrined in ILO's ILS with the aim to ensure that the benefits of labour migration are maximised for all those involved. 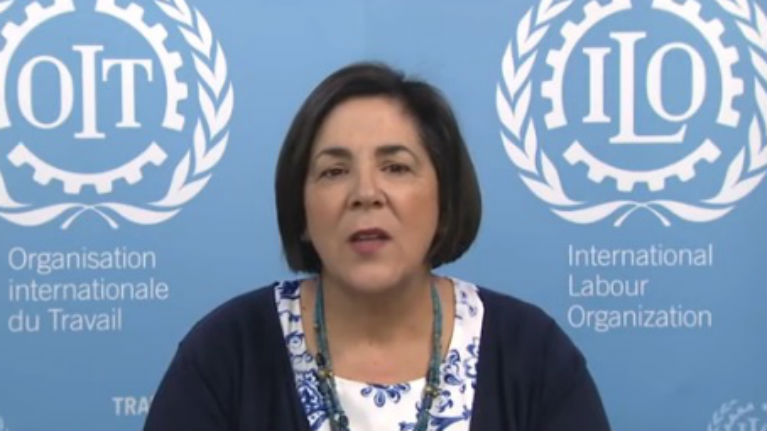