The Employers’ Association of South Sudan was created in 2012 and is recognized by the Government of South Sudan as the voice of business. Just a year after its creation, political rivalry grew into a civil war in 2013 and 2016 among the rival parties in South Sudan severely affecting EASS in terms of communication breakdown with members and an inactive Board and Secretariat hindered EASS to operationalize its first Strategic Plan. The peace deal of September 2018 provided EASS with a renewed opportunity to position itself as a strong and credible business voice in the Republic of South Sudan.

The new Strategic Plan thus focuses on the re-establishment and capacitation of the organisation’s board and secretariat, membership development and on representation, alliances and partnerships.

For the launch taking place on August 18th, 2022, in Juba, South Sudan, the Employers’ Association of South Sudan mobilized nearly 100 participants from the business community throughout the country, there was also high level government and trade union participation. From the Government side Honourable General James Hoth Mai, Minister of Labour of the Republic of South Sudan attended the launch and provided encouraging and appreciative remarks. On the trade union side, Mr. Bona Jeing Angok, President of the South Sudan Workers Trade Union Federation (SSWTUF), welcomed the initiative of the Employers’ Association of South Sudan and wished them all the best in implementing their new strategic plan.

The Employers’ Association of South Sudan fully capitalized on the attendance of employer organisations from other IGAD countries, which were in Juba for the General Assembly of the Confederation of IGAD Employers (CIE), to showcase themselves as a regional player vis a vis the attendance. Knowledge transfer was facilitated through a panel discussion with Ethiopian, Kenyan, Sudanese and Ugandan employers sharing their experiences about how to effectively run an employer organisation.

The launch also included a celebration in which the presidency of the Confederation of IGAD Employers (CIE) was handed to Mr. Bol A. Wieu Riak, President of the Employers’ Association of South Sudan.

This support to the South Sudanese employers is provided through the “Free Movement of Persons and Transhumance in the IGAD Region (FMPT)” project, funded by the European Union Trust Fund (EUTF). 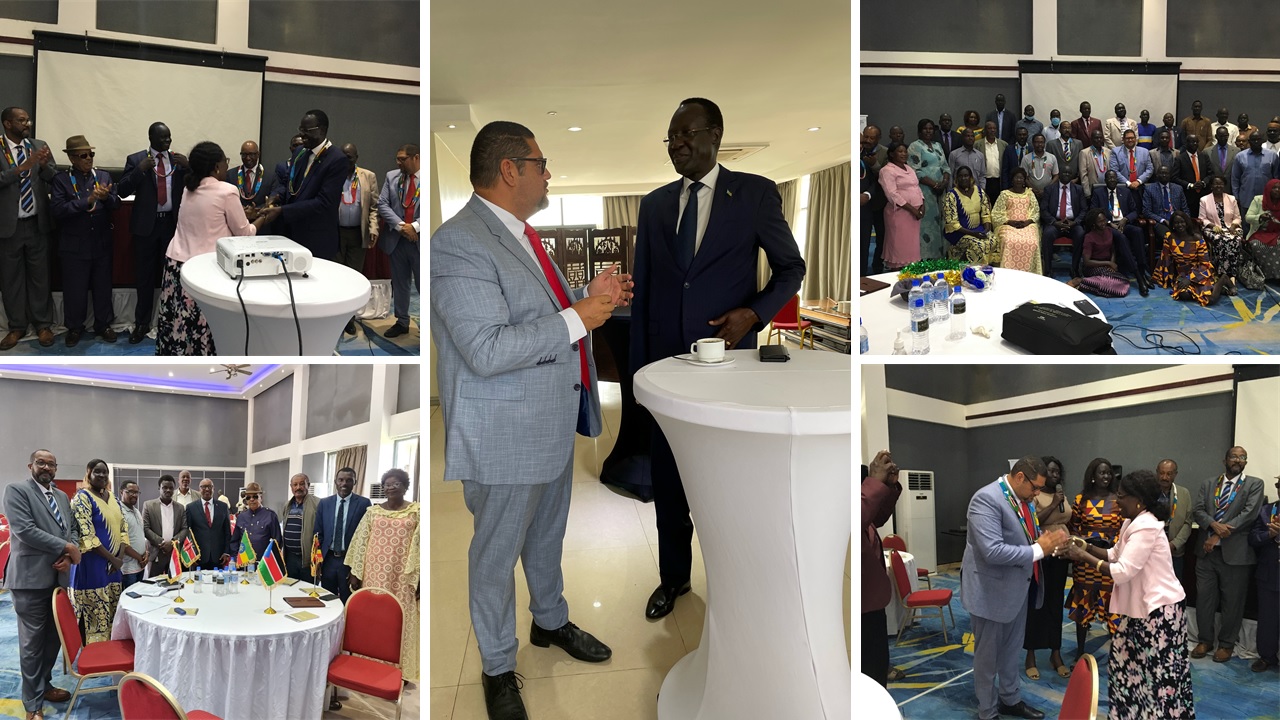