International Labour Organization, New Delhi and Standing Conference for Public Enterprises- SCOPE honoured the twelve members selected as ‘Network of Champions’ – who would promote women in leadership and management in Public Sector Undertakings (PSUs) in India.
The champions, who were selected from PSU’s based on their contributions and experience of working on women empowerment issues, underwent two training sessions on Gender and Empowerment at ILO office. During the training, the champions identified core issues of women employees in advancing their career, discussed possible solutions and developed a plan of action to further train and promote womens’ leadership in the PSU’s management.
Ms. Dagmar Walter, Director – ILO, DWT South Asia and India, mentioned, “In 2017, ILO-SCOPE had undertaken a survey to identify status of women in leadership and management in PSU’s. The study came up with a series of recommendations and one of them was to establish a task force – a network of champions. I am glad, that today we have achieved it and I congratulate all the participants for completing their mandate.”
Post training, the champions had the mandate of conducting pilot training sessions in selected PSU’s where they engaged with employees through activity based learning initiatives facilitating discussions on women’s advancement in organisations.
Mr. Atul Sobti, Director General, SCOPE, said, “The initiatives is of utmost importance for PSUs’, as we believe that women’s participation in workforce increased productivity and quality of work. We have been encouraging involvement of women workers at all levels and are working with PSU’s to provide constructive environment for career growth of women employees.”
Dr Malika Basu, led the trainings: “Instead of sending external experts, the idea of developing champions within PSUs worked well, as we can see more ownership for the cause in PSUs now. I am glad that there are two men among with champions for women leadership in this team,” she added.
Mr. Ravi Peiris, Sr Specialist Employer’s activities with ILO, who spearheaded this work thanked SCOPE for initiating and implementing this initiative successfully. “Although we have a long way to achieve gender diversity in our businesses, this is a great start. I am sure the 12 champions are energized and raring to go and train men and women in PSUs in promoting the career advancement of women.”
All the 12 champions were handed over their certificates of completion of training by Mr Sobti and Ms Walter. Mr Dhruv Kapil, GM-Coordination from HP, and one of the champions, said, “I was hesitant initially to be part of this training, as it was about women empowerment. However, now I believe that men have an important role in supporting career advancement of their female colleagues. I would work towards developing more advocates for the cause of women leadership in PSUs.”
Anju Gupta, GM – Minerals, MMTC Ltd, another champion said,“such initiative was never thought about in PSUs and it was need of the hour. I would be trying my best to reach out to as many PSUs as possible to raise awareness and engage employees to support higher management opportunities for women.” 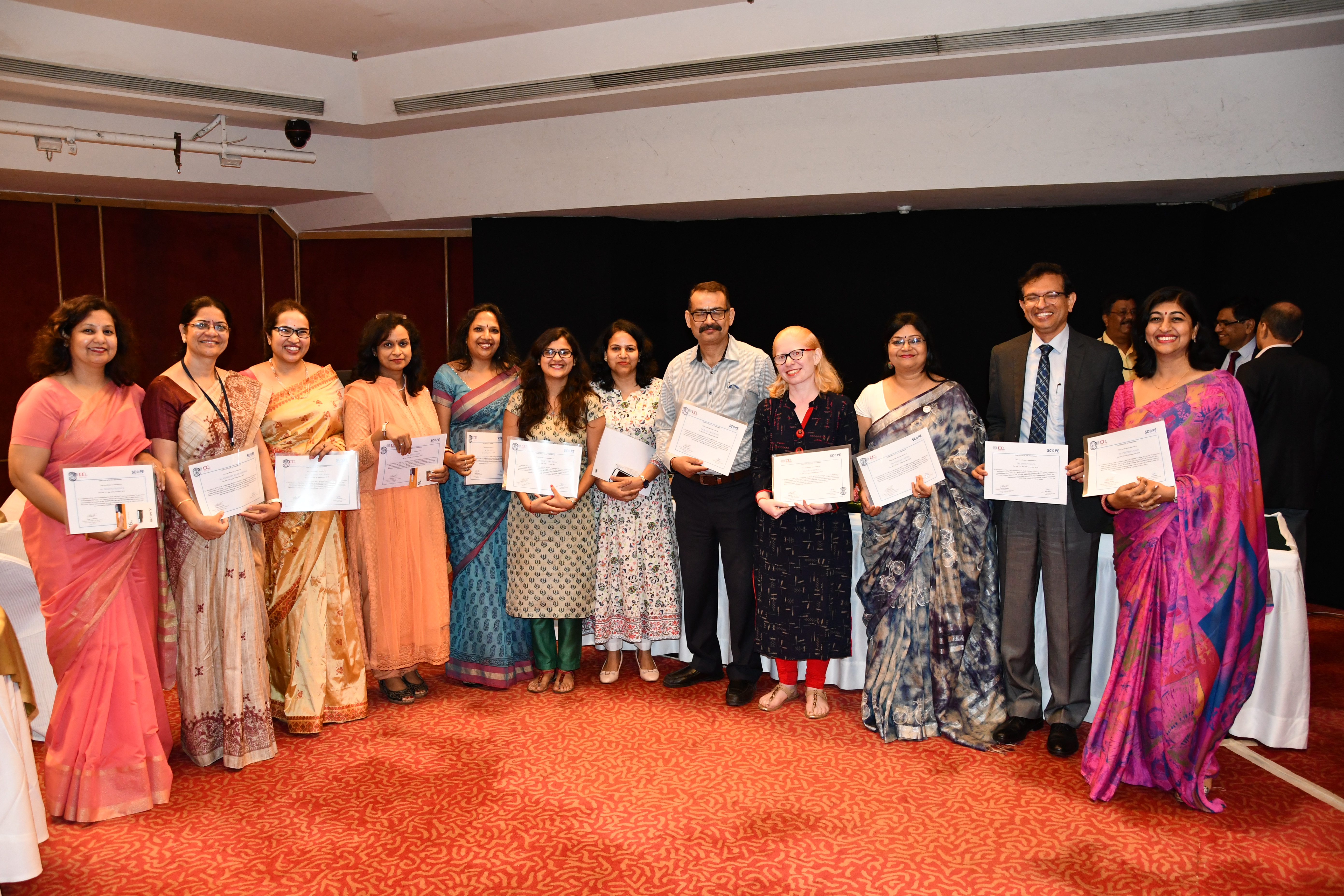