In December 2013, Myanmar ratified the ILO Convention No. 182 on the worst forms of child labour which sets the elimination of the worst forms of child labour as defined by Article 3 of this Convention as an immediate priority:
(a) all forms of slavery or practices similar to slavery, such as the sale and trafficking of children, debt bondage and serfdom and forced or compulsory labour, including forced or compulsory recruitment of children for use in armed conflict;
(b) the use, procuring or offering of a child for prostitution, for the production of pornography or for pornographic performances;
(c) the use, procuring or offering of a child for illicit activities, in particular for the production and trafficking of drugs as defined in the relevant international treaties;
(d) Work which, by its nature or the circumstances in which it is carried out, is likely to harm the health, safety or morals of children, also called hazardous work. 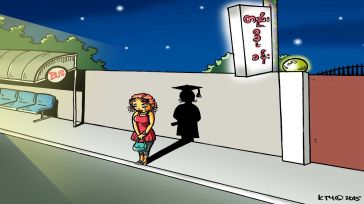 ILO Convention 182 requires Myanmar to develop and publish a list of hazardous work prohibited for all children below 18. ILO Recommendation No. 190 recommends the following activities being included in the list:
(1) work which exposes children to physical, psychological or sexual abuse;
(2) work underground, under water, at dangerous heights or in confined spaces;
(3) work with dangerous machinery, equipment and tools, or which involves the manual handling or transport of heavy loads;
(4) work in an unhealthy environment which may, for example, expose children to hazardous substances, agents or processes, or to temperatures, noise levels, or vibrations damaging to their health;
(5) work under particularly difficult conditions such as work for long hours or during the night or work where the child is unreasonably confined to the premises of the employer. 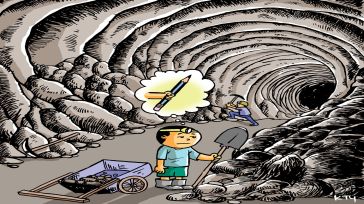 • Myanmar ratified the UN Convention on the Rights of the Child (UNCRC) in 1991. Article 32 of this Convention stipulates that: “States Parties recognize the right of the child to be protected from economic exploitation and from performing any work that is likely to be hazardous or to interfere with the child's education, or to be harmful to the child's health or physical, mental, spiritual, moral or social development”.

• The ILO Convention No. 138 concerning Minimum Age for Admission to Employment, not yet ratified by Myanmar, specifies that minimum age for work should not be below the age for finishing compulsory schooling, which is generally 15. There are possible exceptions for developing countries, where the minimum legal age of employment can be 14. Both Conventions No. 138 and 182 are part of eight Conventions identified as "fundamental" by the ILO's Governing Body. 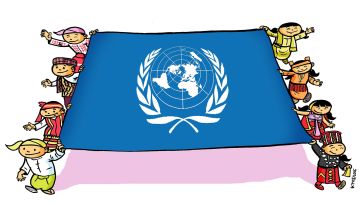