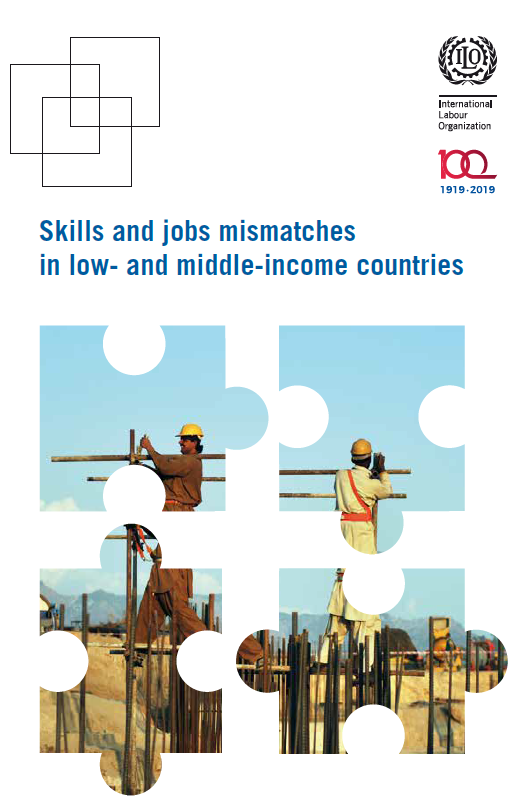 Download:
Mismatch between jobs and skills is considered one of the biggest concerns of our times. The concept of skills mismatch, however, is broad and includes many forms of mismatch, such as over- or underqualification, skill gaps, skill shortages, field of study mismatch and skill obsolescence. These various forms are very different in their causes and consequences, and require different policy approaches.
Policy debates on skill mismatch rarely differentiate between the forms of mismatch and often rely on inadequate data, particularly in low- and middle-income countries. The purpose of this book is to unpack the issue of skill mismatch and present new data on the phenomenon in low- and middle-income countries.
The book reviews literature and produces new analysis using data on educational mismatch from 60 low- and middle-income countries, assessing the extent to which mismatch is correlated with factors such as productivity, labour force participation, unemployment and informality.

What is skills mismatch and why should we care?