By Fabio Bertranou and Guillermo Montt, ILO Office for the South Cone of Latin America

We are faced with several political, economic and social crossroads because of the COVID-19 crisis. In Chile, the unprecedented magnitude and characteristics of this crisis have had a major impact on the economic security of households due to the decline in labour income. Unemployment and other non-contributory benefits have proven insufficient, with coverage gaps or delays in their definition or implementation.

In this context, is the withdrawal of up to 10 per cent of the total balance of individual pension funds a “good” income security policy? Beyond the difficulties of defining what constitutes a good or bad policy in this context, it should be stressed that the best policy in a health, economic and social crisis is a “possible” one to address the income needs of all affected households quickly and widely.

Given that individual pension savings accounts were established to address the risks of old age, during normal times, they should ideally be used for the benefits that workers will require in old age. However, in response to the emergency, and as a result of a social pact, a modest share of pension savings could be used to respond to the economic security needs of households, especially of middle-income households not covered by the targeted crisis mitigation policies.

Like in any social security system, these resources can play a countercyclical role and prevent the economy from slipping into a deeper, more prolonged recession, aiding in the recovery of activity and employment. Complementary policies to address financial and macroeconomic effects should be implemented.

The 10 per cent withdrawal should also be considered in the context of the pension debate. The contributory pillar of Chile’s pension system was designed with individual savings accounts as a key component, based on the idea of guaranteeing that workers would be their savings “owners”. That premise runs counter to the social security principle, which assumes guaranteed income in old age through the social distribution of risk.

The impact of this withdrawal on future pension flows appears insignificant given that a considerable share of workers have low levels of savings – more than 60 per cent of pensioners receive pension subsidies through the non-contributory pillar. The withdrawal could increase the future fiscal burden on that non-contributory component, depending on growth, employment and wage trends.

If the proposal to use up to 10 per cent of pension funds is adopted, it would not seriously affect the future of the individual savings component of the pension system. As was the case prior to the COVID-19 crisis, the legitimacy of the individual savings pillar depends on variables associated with system coverage, its financing, and the adequacy and equitable distribution of benefits.

In the framework of social security principles, the economic and social effects of the pandemic are an opportunity to redefine a social pact in which the different visions with respect to pension issues would converge. Including a social security component with tripartite financing, endorsed by employers and workers, with intra- and inter-generational solidarity, is an opportunity, and a need, that is more urgent than ever. This does not mean eliminating or radically changing the system’s current components, but rather rethinking their structure.

It implies building consensus to develop a system that shifts from one centred on “individual capitalization subsidized by fiscal resources” to a system of “social security complemented by individual capitalization,” which would take advantage of the benefits of both components in an authentic mixed system in which employers and workers fully participate in its management, together with the government.

The impact of the pandemic has also underscored the importance of income security for economic and social stability. The development of unemployment protection instruments such as the Employment Protection Law, the payment of Family Emergency Income and other measures can be expanded over time, establishing activation mechanisms in the event of economic, environmental or earthquake emergencies and thus avoiding delays in the design, processing and implementation of income security programmes. This would advance the establishment of a social protection floor to guarantee economic security for Chileans throughout the lifecycle, together with contributory components of social security. 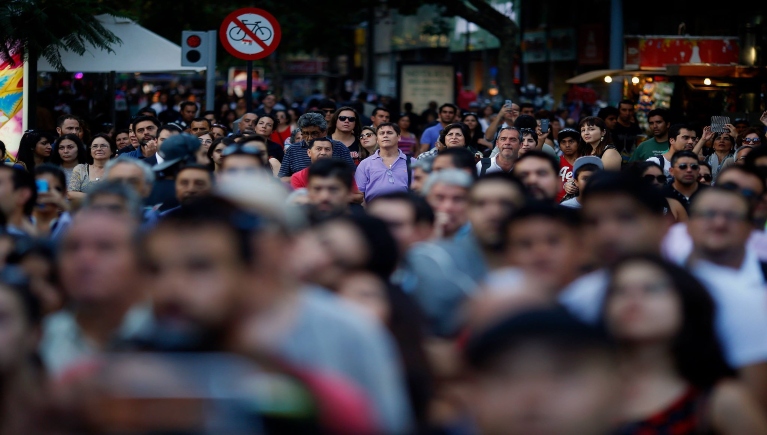