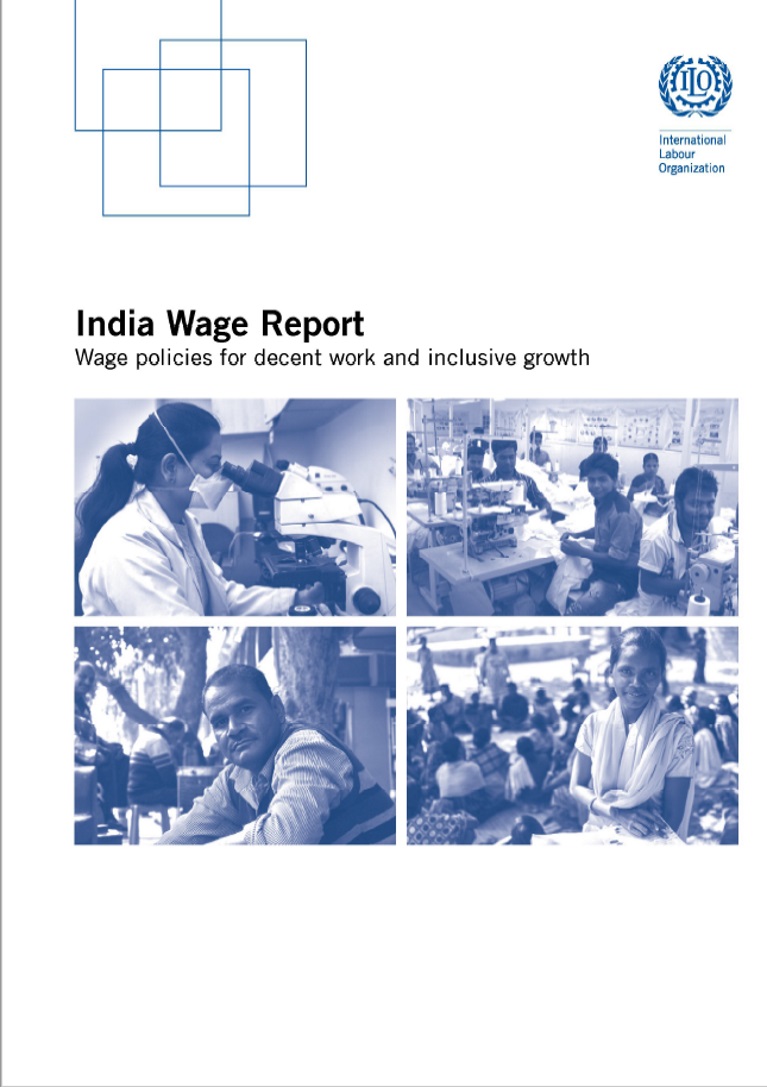 Download:
The India Wage Report follows the general structure of the ILO Global Wage Report. Part I provides a comprehensive view of the recent wage trends. It empirically analyses the sectoral and structural composition of employment and highlights the wage inequality between workers based on such categories. It also incorporates a discussion on the dualistic character of the Indian economy – organized and unorganized, or formal and informal. The organized sector consists largely of regular workers although there is a growing trend to employ casual and contract workers on short term or fixed term contracts. The trends on regular/salaried and casual are also examined from different perspectives (for example, location or gender). Further, it provides an insight into the functional income distribution focussing on labour income share.

Part II analyses the role of labour market institutions, particularly minimum wages and collective bargaining, in affecting wage levels and the distribution of wages. There has been a considerable debate on both the trends in real wages and the wage policy in India, especially about setting a national floor level minimum wage and the implementation of minimum wages in different states. This part of the report explains the key challenges involved in implementing an effective wage policy and the measures needed to improve its implementation.

Part III describes ways in which the system could be improved in order for the minimum wage policy to achieve its objectives that is eliminate the exceptionally low wages, fulfil the essential needs of workers and their families, and enable equitable distribution for economic development.

Launch of the India Wage Report
Skip to top