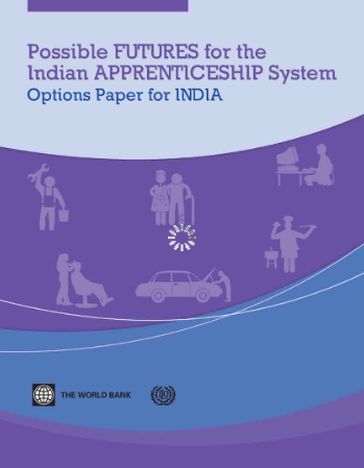 Download:
The purpose of this report is to use ideas gained from ten other national apprenticeship systems to put forward options for the Indian system. These countries are Turkey, Indonesia, Egypt, South Africa, Australia, Canada, USA, England, Germany and France. The report of the international phase of the research project is separately available. The latter includes individual country case studies containing detailed information about the systems in these other countries (in addition to an Indian case study) presented in a common structure, a cross-case analysis, and a proposed framework for a model apprenticeship system.

The options for India were presented at a Technical Consultation in New Delhi in September 2012 and the outcomes of that consultation are included in this report. The consultation indicated that there was widespread support for quite radical changes in the system.

While this report attempts to evaluate the applicability of the proposed options, it is acknowledged that the suitability of the options is best determined by those with detailed experience and knowledge of the Indian system. Moreover, it needs to be stated that a complete new framework for the system has not been proposed. Experience in other countries has shown clearly that systems cannot be transplanted from one national culture to another; however, individual features of national systems can be introduced or adapted with considerable utility at particular points in time.