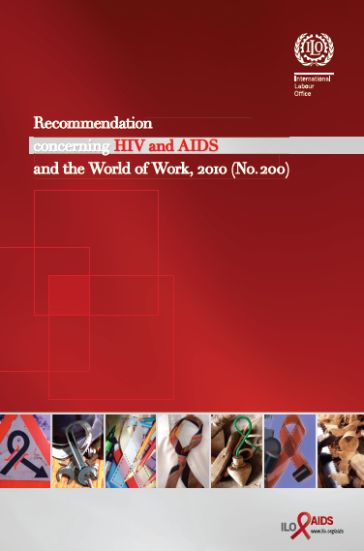 Download:
In 2001, the ILO adopted the Code of Practice on HIV/AIDS and the world of work, which has been widely accepted and used in many countries. In 2007, ILO and its constituents decided that the time had come to raise the response of the world of work to HIV and AIDS to a different level thought the development and adoption of an International Labour Standard. The Recommendation concerning HIV and AIDS and the World of Work, 2010 (No. 200) is the new labour standard is the first human rights instrument to focus on HIV and AIDS in the world of work, and was adopted - by an overwhelming majority - by governments, employers’ and workers’ representatives from ILO member States at the International Labour Conference in June 2010.