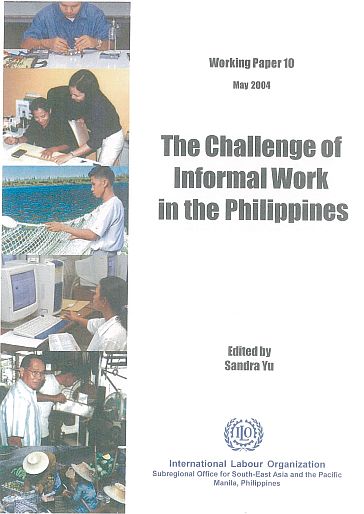 Download:
Informal workers - in contrast to formal, wage workers - have been growing. Initially treated as temporary insertions in the economy, and in fact as eyesores, these workers are estimated to continue around 50 per cent of the labour force in the Philippines. Contrary to hopeful expectations that they would eventually be absorbed by the formal sector, they have remained a stubborn feature of the economy as their ranks grew throughout the troughs and even peaks of economic growth.