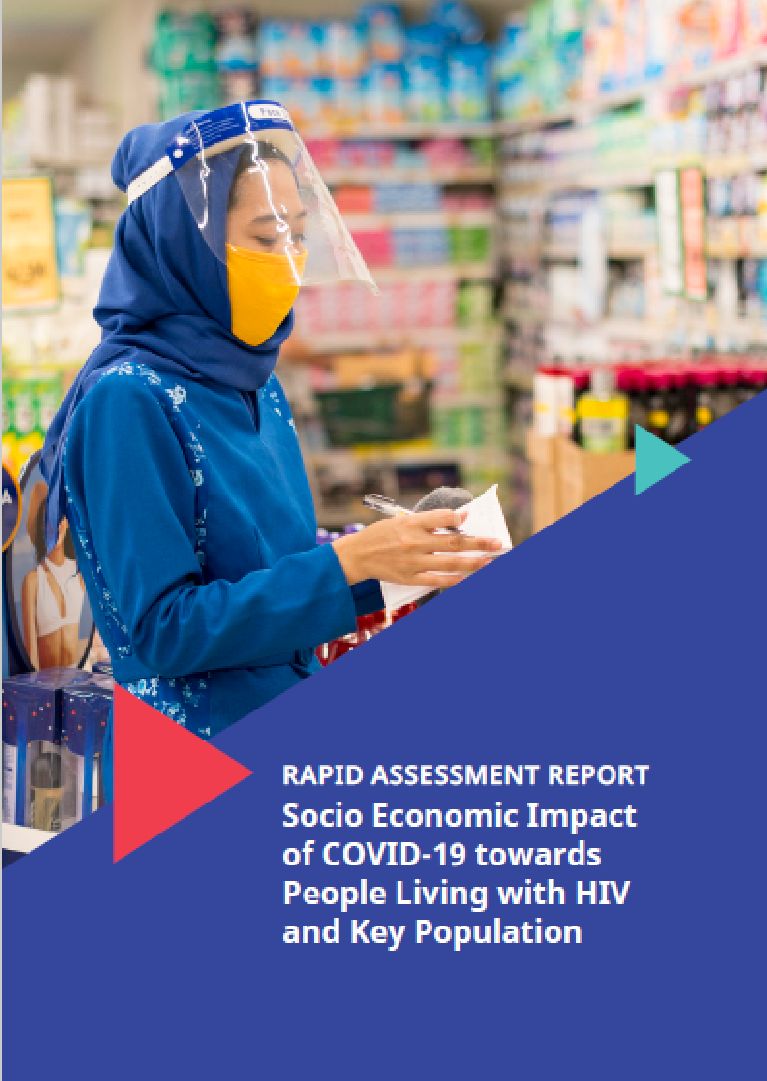 Download:
In some people, even COVID-19 has a major impact on livelihoods. A survey from several organizations found that there was a lot of income inequality from the conditions between before and during the pandemic.

As in the survey conducted by Jaringan Indonesia Positif (JIP) about the needs of PLHIV in the context of COVID-19, it affects most of respondent’s livelihood.

The survey found that almost 30 per cent respondents lost source of income, 25 per cent were incapable of fulfilling basic needs,
and 5 per cent were unable to pay rent.

Data raised by Sanggar Swara, transwomen community in Greater Jakarta area, also shows that approximately 640 respondents depended on sex workers and/or street songsters (buskers) as source of income. Many key populations have lost their source of income and unable to fulfil their basic needs as well.