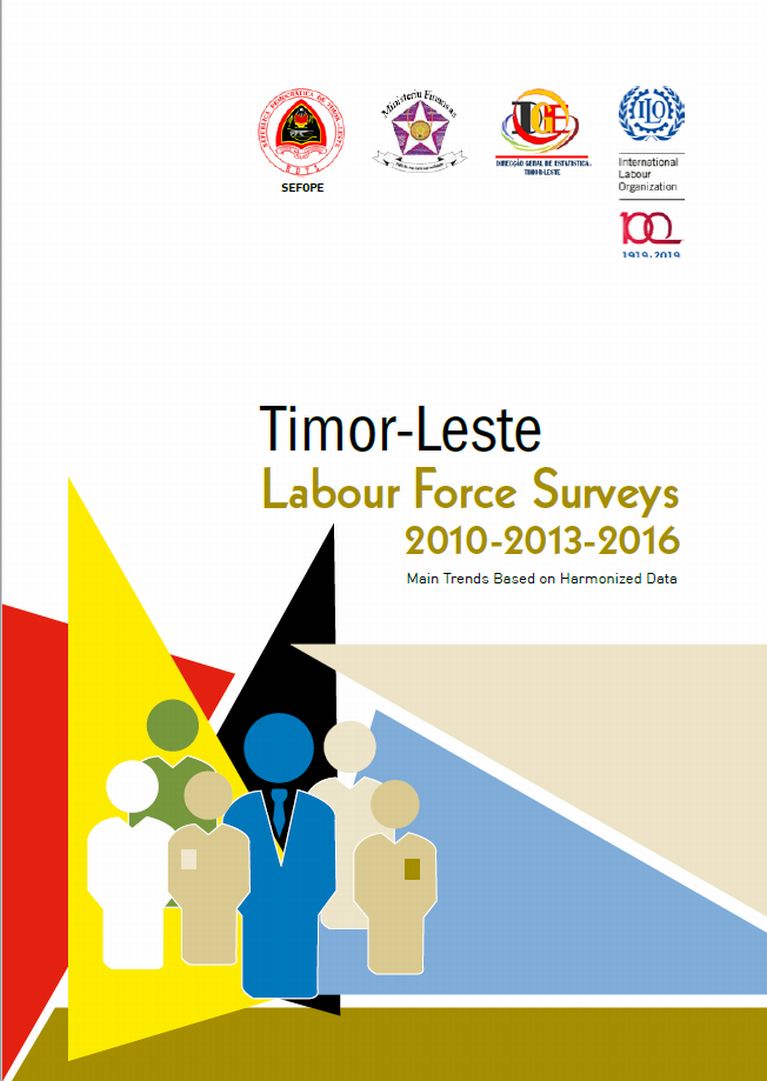 Download:
Timor-Leste has conducted two labour force survey (LFS) in 2010 and 2013, and in 2016 the Directorate General of Statistic, Ministry of Finance and the Secretariat of State for Vocational Training and Employment/SEFOPE has conducted Child Labour Survey (CLS) administrating both a child questionnaire addressed to children 5 to 17 years of age and an adult questionnaire. The adult questionnaire includes questions on the labour force status and the employment and unemployment characteristics of the working age population, and hence provide many of key data generally obtained from conventional LFS. The CLS of 2016 is considered as “mini LFS” to produce labour force statistics comparable to the LFS 2010 and 2013.