The Promote Project, in collaboration with ILO’s Bureau for Workers Activities (ACTRAV), had implemented two regional workshops aimed at enhancing regional alliances in promoting actions against child domestic labor (CDL) and recognition of decent work for domestic workers (DWDW) in Asia. The workshops, which were led by ACTRAV, provided fora for trade unions, domestic workers organization (DWO), and other key stakeholders to discuss and share innovative approaches to address the needs of child domestic workers (CDW) through promoting DWDW, and discussed strategies for supporting the implementation of ILO Convention 189 on Domestic Workers Protection.

Through these workshops, participants strengthened their commitments to continue to lobby for ratification of Convention No. 189 and for improvement of national legislation on decent work for domestic work in their countries. Trade unions and domestic workers organizations, together with the ILO, committed to work together in ensuring that governments across Asia will eventually ratify ILO Convention 189 to guarantee the development of regulations that would reflect the principles set out in the Convention.

As part of the ILO constituent, trade union has also actively contributed to global commitment on the eradication of child labour by 2025 as required in Target 8.7 of the United Nations’ 2030 Agenda for Sustainable Development. The main role of worker is to ensure no child labour in the work place as its fundamental principles and rights through policy advocacy, public campaign, capacity improvement of worker, etc.

Promote Project will share good and promising practices as well as lesson learned from the implementation of its activities in Indonesia. Participants will learn develop action plans for each country represented in the workshop to further promote decent work for domestic workers and eliminate child domestic labor in their countries taking into account the lessons learned and good and promising practices from the Promote Project as well as from other countries. The proposed workshop will be attended by around 40 participants representing Trade Union, Domestic Worker Organizations and other stakeholders from 11 Asian countries, such as Bangladesh, Hong Kong, Cambodia, India, Indonesia, Malaysia, Nepal, Philippines, Singapore, Sri Lanka and Thailand.

The workshop programme is aimed at: 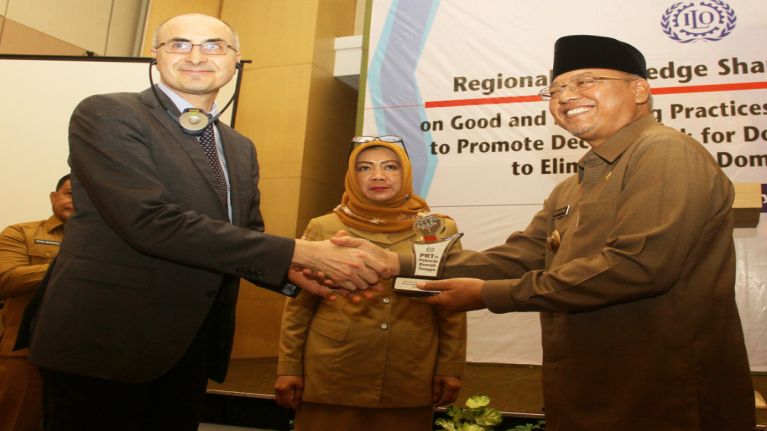