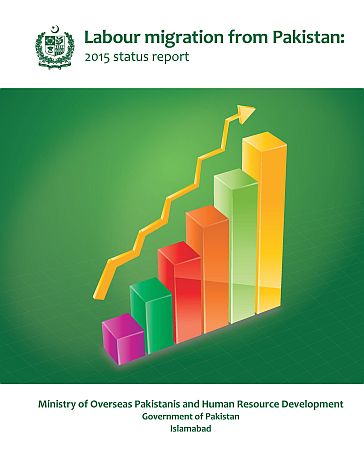 Download:
With a huge working-age population in Pakistan, an increasing number of workers are moving to other countries for employment; after India, Pakistan annually sends abroad the second-largest grouping of workers in South Asia, mainly to the Gulf region. Pakistan relies heavily on labour migration as an avenue for reducing both unemployment and poverty. Migration is recognized as a central dimension of globalization, touching almost all countries around the world as points of origin, transit or destination for migrants or even all three at once.

Although various government agencies have maintained and published data on numerous aspects of labour migration, no one source had assembled all the pieces into one report. This report fills that gap by capturing trends in labour migration from Pakistan, identifies the structural gaps and suggests ways to move forward for the Government and stakeholders. It also highlight the achievements of the Government as well as remaining challenges.

It presents a guide for policy-makers, international agencies, local NGOs, academics, journalists and any other actors to use when investigating and addressing labour migration issues, particularly when ensuring that the rights of migrants are protected at all stages of the migration cycle.