ISLAMABAD (ILO News): The ILO through its project “More and Better Jobs through Socially Responsible Labour Practices in Pakistan” provided technical support to Employers Federation of Pakistan (EFP) in conducting a series of seminars on “World Day against Child Labour” in Sialkot and Faisalabad on 21st and 22nd August 2020 respectively. The events were not held on 12 June due to the COVID-19 outbreak. The events gathered employers and workers of two major industrial hubs who asserted the commitment to end child labour.

Mr Ismail Suttar, President EFP, in his opening remarks, highlighted the prominent role of the EFP in the elimination of child labour. He also applauded the decade long continued efforts of the Sialkot Industrialists in addressing child labour issues. He shared that the employers and workers from Sialkot are the role models for the rest of country; the model should be replicated in other sectors of Pakistan.

While speaking at the event in Faisalabad next day Mr Suttar said that EFP is fully committed in the crusade against Child Labour. In this effort, EFP has organized sessions in major cities to sensitize employers and workers to comply with the International Labour Standards and take specific actions to promote the elimination of child labour. He shared that it is imperative that the formal sector come forward and play its role in motivating the informal sector to eliminate child labours. He added that it is the collective responsibility of workers and employers to address such issues and associated challenges and achieve full elimination of Child Labour.

Mr Saloman Rajbanshi, Officer in Charge, ILO Country Office, complimented the efforts of workers and employers in reviving the manufacturing sector after the pandemic. He also commended EFP for their advocacy in elimination of child labour. He said that long closures of schools may lead to increase in child labour and this situation must be controlled. He reminded that the status of GSP Plus granted by EU entails compliance with the core conventions of ILO including Minimum Age Convention, 1973 (No. 138) and Worst Forms of Child Labour Convention, 1999 (No. 182).

Mr Rana Sikandar Azam, President Faisalabad Chamber of Commerce and Industry (FCCI), who was Chief Guest at the event in Faisalabad said that the policy of FCCI is to work closely and pragmatically with the representatives of workers to ensure industrial peace, rights of workers, undertake Corporate Social Responsibility, elimination of child labour and protection of the rights of workers.

Mr Mian Muhammad Adrees, Director EFP and Patron in Chief of FCCI, invited all workers' leaders to join hands with EFP in advocating common issues and to sensitize policy makers.

Mr Zaki Ahmed Khan, Vice President EFP, stressed the need to tackle unemployment caused by the pandemic and its impact on child labour. He shared that EFP is engaged with the government in preparing economic policies to enhance exports and create employment opportunities.

Mr Majyd Aziz, Former President EFP, shared that during his visit to factories in Sialkot, he observed that industrialists are committed to increase productivity, comply with International Labour Standards, enhance Corporate Social Responsibility and focus on quality of exports. He shared that this is a recipe of successful industrialization that must be followed.

In his address in Faisalabad, he shared that during his tenure, he had always emphasized an approach of social dialogue with workers and governments to evolve a consensus to deal with various issues. He also proposed that the four industrial cities, Karachi, Lahore, Faisalabad and Sialkot, must develop a bond of close cooperation to achieve the objectives of economic prosperity.

Mr Zahoor Awan, General Secretary Pakistan Workers Federation, said that social dialogue is essential for complying with all standards including elimination of child labour. He said that EFP and PWF are working together with ILO and governments to introduce the Better Work Program to ensure better compliance of labour standards, increase productivity, provide security to workers, and assist Pakistani textile exporters to improve their relationship with global brands.

He called upon ILO for a more pro-active role with tripartite social partners. He stated that 4.3 million children are involved in forced child labour globally. Despite increase in world population, there has been a decrease of over 100 million in the figures of child labour. He added that there are 3.4 million child labour estimated in Pakistan who are mostly in the informal sector.

EFP is one of the core constituents of ILO and is implementing a number of activities under the phase III of project “More and Better Jobs through Socially Responsible Labour Practices in Pakistan”. The Project is funded by Government of Japan through its Fund for Building Social Safety Nets in Asia and the Pacific (SSN Fund). 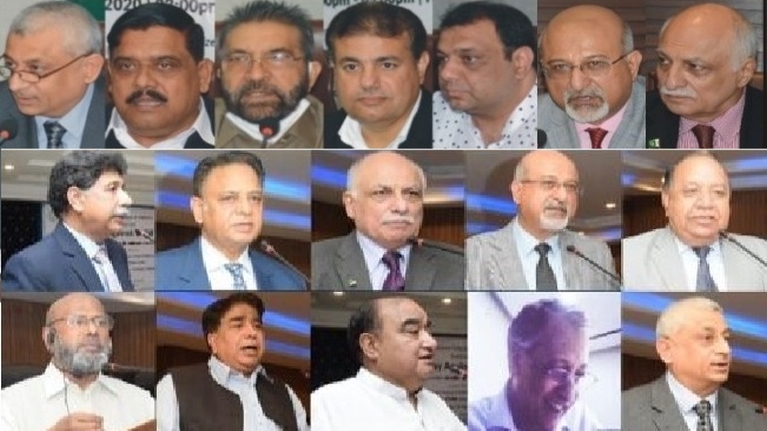