ISLAMABAD (ILO News): Pakistan’s Decent Work Country Programme-III (DWCP-III: 2016-2020) was signed by the Government, Employers and Workers in May 2016 and formally launched in September 2016.  In accordance with the guidelines of the ILO Governing Body, a National Tripartite Steering Committee was notified by the Ministry of Overseas Pakistani & HRD (OP&HRD) on 9th April 2018 and its   first meeting e was held on 1st August 2018.  The Federal Secretary, Ministry of OP&HRD, Dr. Muhammad Hashim Popalzai, chaired the meeting which was attended by representatives from various ministries and provincial Departments as well as ILO officials.

Ms. Ingrid Christensen, Country Director, ILO Pakistan Office stated that the DWCP III was the framework under which the ILO provided technical assistance  based on  the agreed priorities  of the Government, Employers and Workers Organizations. Ms. Christensen added that it was the joint responsibility of all the stake holders and signatories of the DWCP III to ensure the implementation of the programme, monitor and oversee its progress by taking stock results as well as emerging issues opportunities and needs.

Ms. Reiko Tsushima, Chief, Regional Programming Services (RPS), ILO Bangkok, shared the regional perspective on the DWCP SC’s characteristic and discoursed on DWCP Oversight mechanisms in different countries of Asia-Pacific Region. She emphasised that the ownership of DWCPs by national stakeholder was an important factor for successfully implementation and for the tracking progress against the milestones defined under the DWCP.  Ms. Tushima also stated that the relevance of DWCP’s was enhanced by its alignment to national (and/or provincial) development plans and to global development commitments such as the SDG’s.

The ILO Officials provided an orientation to the SC about the ‘Theory of Change (TOC), and the participants were briefed how the TOC could be used as an effective tool to realise the priorities laid out under the DWCPIII.

After endorsing the terms of reference of the SC the participants provided recommendations and inputs for effective role of the SC and focused on the need to form technical sub committees on four priority areas of the DWCP III to enhance the effectiveness of its monitoring.  Participants to the meeting agreed that DWCP SC will convene twice a year and the next meeting would be held in the third week of January, 2019.

The meeting concluded with a vote of thanks by the Secretary OPHRD to the participants of the meeting. 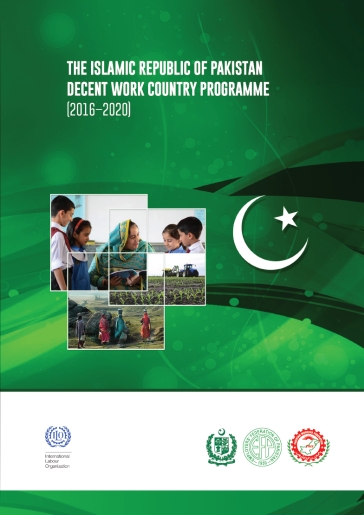