Lahore (ILO News): The 14th Cohort of the National Labour Inspectors’ Training Programme came to a successful completion.  The training contributed towards strengthening the capacities of 45 inspection officials from the department of labour Punjab, including three female staff members.

Addressing the opening ceremony of the training, Mr. Daud Abdullah, Director Labour Welfare Punjab, thanked the ILO Pakistan Office for its technical assistance and the Government of Netherlands for its financial assistance for enhancing the much needed capacities of the inspection staff. He urged the inspecting staff that, despite the funding constraints and other related bottlenecks, they should still put in their maximum effort   to enhance labour law compliance.

Speaking on the occasion, Mr. Zishan Ahmad Siddiqi, National Project Coordinator for the Project on Strengthening Labour Inspection System in Pakistan (SLISP), dilated upon the project’s interventions and stated that the ILO’s capacity building support was designed to augment the government’s departmental training initiatives. He also highlighted the SLISP project had produced a toolkit for the training of the labour inspectors, which could be used as an effective resource for government’s induction training of labour inspectors.

The ILO’s Dutch funded project on SLISP is implementing a nationwide training program for labour inspection staff. The training program so far has successfully completed 14 cohorts in which a total of 403 inspecting staff [385 men and 18 women] from Balochistan, Sindh, Khyber Pakhtunkhwa, AJK, ICT, GB and Punjab have participated in a three days orientation training on “Effective Labour Inspection”. 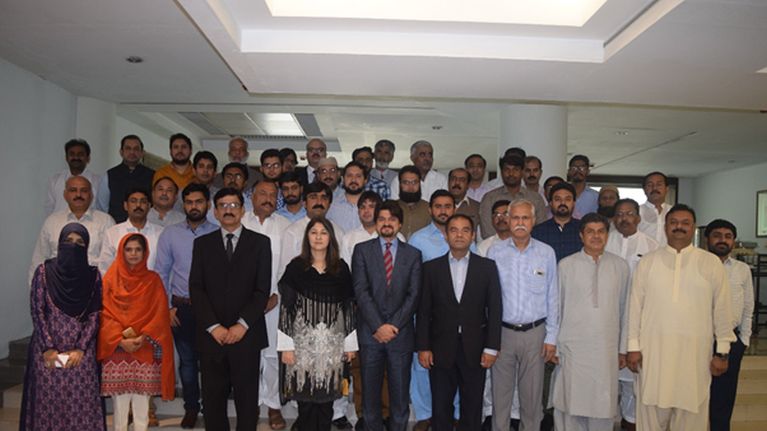