HANOI (ILO news) – Labour provisions- * in trade agreements do not lead to a reduction or diversion of trade flows, and ease labour market access, a new study of the International Labour Organization (ILO) finds.

The study highlights a significant increase in the number of trade agreements worldwide, showing that in 2014 almost 55 per cent of exports took place within the framework of bi- and multilateral trade agreements - compared to just 42 per cent in 1995.

“It is increasingly common for new trade agreements to include labour provisions,” said Marva Corley, ILO Senior Economist and lead author of the report.

“As of December 2015, there were 76 trade agreements in place (covering 135 economies) that include labour provisions, nearly half of which were concluded after 2008. Over 80 per cent of agreements that came into force since 2013 contain such provisions,” she added.

Currently a quarter of the value of trade taking place within trade agreements falls under the scope of such provisions which were almost non-existent until the mid-1990s.

Bridging the gap between economic and social outcomes

The report warns that the impact of trade on labour markets shows a mixed picture, especially when it comes to job quality and wage increases. It insists on the fact that income inequality has tended to widen since the 1980’s, which is partly due to trade and investment liberalisation.

“The winners from trade are not adequately compensating those who lose in terms of jobs and incomes,” the study observes.

The authors also say that trade agreements that contain labour provisions can boost capacity-building, and, in some cases, improvements in working conditions at the sectoral level.

Involving social partners and the role of the ILO

Looking at how labour provisions can be more effective, the ILO research suggests that trade negotiations become less opaque by involving stakeholders, especially the social partners - and not just governments - in the making and implementation of labour provisions in trade agreements.

With respect to labour market outcomes, the report highlights the strong interconnection between legal reforms, capacity-building and monitoring mechanisms - while social dialogue between government and the social partners plays a key role in this process.

Finally, the authors explain that ILO expertise, if properly mobilised, can help in making labour provisions more effective, for example by enhancing coherence between labour provisions and the international system of labour standards.

The trends identified in this report and the continued widening of income inequalities highlight the need for more research on specific provisions in trade agreements and their effect on labour standards, as well as the role the ILO can play in this respect,” Deborah Greenfield, ILO Deputy Director-General for Policy concluded.

In total 16 free trade agreements to which Viet Nam is a party, the Trans-Pacific Partnership (TPP) has a set of clearly defined labour provisions.

The TPP was signed off on its final text by 12 Pacific Rim nations in February 2016 and is expected to take effect in 2018 if everything goes smoothly among TPP countries.

It does not create any new international labour standards but, requires Viet Nam to adopt and maintain in its laws, regulations and practices the rights stated in the ILO 1998 Declaration on Fundamental Principles and Rights at Work, including freedom of association, the right to organize and collective bargaining, and elimination of forced labour, child labour and workplace discrimination.

(*) : Trade-related labour provisions take into consideration any standard which addresses labour relations or minimum working terms or conditions, mechanisms for monitoring or promoting compliance, and/or a framework for cooperation. This definition groups together a broad range of labour provisions. 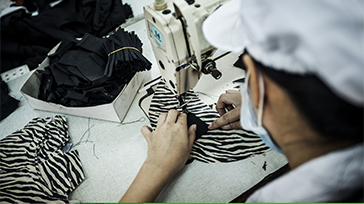