New York – Gathered during the 77th United Nations General Assembly, heads of states and governments, foreign ministers, representatives from United Nations (UN) agencies, international financial institutions, and global employers’ and workers’ organizations met to pledge their support and commitment for the successful implementation of the Global Accelerator on Jobs and Social Protection for Just Transitions.

Against a backdrop of multiple global crises that are present in every country – an ongoing pandemic, accelerating climate change, sharp rises in the cost of living, conflicts, and unprecedented levels of global debt – that threaten the achievement of the 2030 Agenda, the Global Accelerator, launched by the UN Secretary-General in 2021, is a UN-wide and multi-partner response addressing these challenges.

In his opening remarks, UN Secretary-General António Guterres, who convened the meeting, emphasized how the need for the Global Accelerator is – if anything – accelerating, saying “The Global Accelerator on Jobs and Social Protection is a critical tool to help provide immediate support to people in need and advance action towards transformative change for all”.

“Economies that have been battered by the pandemic are now confronting a cascade of other crises – from the fallout of the war in Ukraine and soaring food and energy prices, to spiraling inflation, crushing debt burdens, and shrinking fiscal space,” the Secretary-General said, adding how these crises are also compounding challenges for countries pursuing the path towards a sustainable, resilient, and inclusive future.

Continuing with a similar focus on the global crises, ILO Director-General Guy Ryder added, “the world is really on red alert if we do not find effective responses to the devastating impacts of the overlapping climate and cost of living crises”.

The initiative was launched exactly one year ago in direct response to the COVID-19 pandemic to build on ongoing efforts to support countries through the crisis. It aims to forge a collective effort to address key bottlenecks around financing and policy coherence to support the creation of at least 400 million decent jobs primarily in the green, digital and care sectors and extend social protection to the 4 billion people currently without access.

“This Global Accelerator initiative is a very promising one if it is well embedded within the international instruments that already exist and really use them to reinforce the initiative and make it more accessible to everyone,” said H.E. Mr. Alexander De Croo, Prime Minister of Belgium, during the opening session.

Malawi pledged their support to become a pathfinder country. “As I stand before you today, I am committing Malawi’s support to the Global Accelerator and would like to formally express our interest in becoming a pathfinder country,” stated H.E. Mr. Lazarus Chakwera, President of Malawi. However, he acknowledged the challenging realities LDCs such as Malawi face, such as bearing the consequences of climate change in an agricultural economy, the economic crisis due to war and the pandemic, and intense debt, which create difficult tradeoffs. He continued by stating the importance of working together, adding “In order for the Global Accelerator to be a success, we must make sure it is being implemented on the basis of honest solidarity.”

Sitting on the same panel with government representatives from several countries, Sharan Burrow, General-Secretary of the International Trade Union Confederation (ITUC) delivered a stark message of hope that underlined the strong determination of the global labour movement to ensure the successful implementation of the Accelerator. “This accelerator is critical if we want to realize SDG Goal 8, SDG Goal 1, and SDG Goal 10, which are at the heart of a social contract, the genuine social contract that stabilizes people’s lives, builds resilience, and just transitions,” she said.

Several other heads of states, UN agencies, financial institutions, and other world leaders came together at this event to express the urgency of decent job creation, universal social protection, and making sure no country or group of people is left behind in the process.

The High-Level event can be viewed in its entirety here.

Based on an implementation strategy that was developed through a collective UN effort, the Global Accelerator’s implementation has now started through global advocacy, resource mobilization, and country level engagement. Follow future developments on the ILO website. 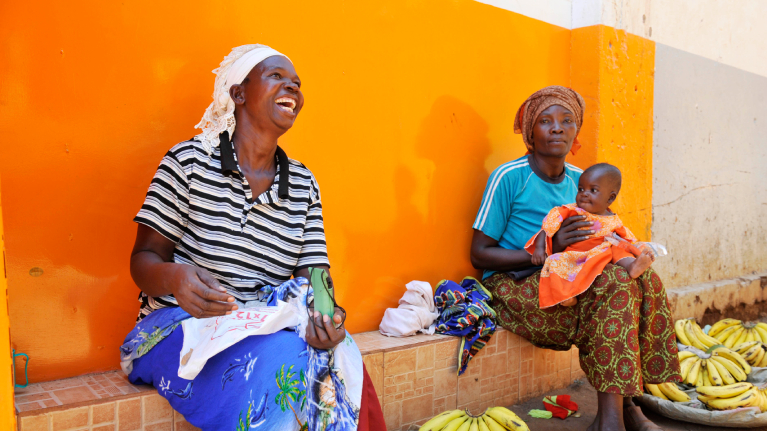