Alcohol or other drug use by employees is a private matter. However, it’s a different story when it comes to work-related use: alcohol and drug use during the hours (immediately) before work, at work (including during lunch breaks), during ‘specific occasions’ at work (such as company parties), and during travel to and from work. It may have a negative impact not only on the employees themselves, but also on their colleagues, and on their environment. A preventive alcohol and drug policy endeavours to prevent such problems or deal with them in good time. It is in everyone’s interest to prevent or tackle such problems. Given the impact of substance use on public health, it is also a topic for health promotion.


A combination of health promotion & safety and health …

Employees who are in good health are more productive and take less sick leave. They are more likely to be motivated and more engaged at work. Healthy employees reduce the cost for employers. So they in particular can benefit from ensuring that their employees are and remain healthy. It is therefore advisable to promote a healthy lifestyle, including a focus on alcohol and other drug use.
However, given the obvious effects of alcohol and drug use on the daily functioning of employees, the topic is not limited to promoting health. Problematic substance use can jeopardise the health and productivity of the employees and their environment. Problematic users are sick and absent more often, and perform less well. The employee is less accurate, makes mistakes, and has arguments with colleagues. Contrary to popular belief, it is occasional problem use that usually leads to problems with functioning at work.

Colleagues may also feel unsafe due to the increased risk of a work accident. Somebody who is drunk will find it difficult to assess risks. At work it may result in accidents and bad decisions. Excess alcohol use dramatically increases the chance of (road) accidents. The risk of a fatal accident goes up 2.5 times at 0.5 per mille (parts per thousand), 4.5 times at 0.8 per mille and 16 times at 1.5 per mille. This is an important finding, given how much time employees spend on the road. Drivers under the influence of cannabis, the most commonly used illegal drug, also double their risk of causing an accident compared to sober drivers. Cannabis use affects the skills needed to drive a car. Reaction time slows, as does the ability to observe what's going on around you. Motor skills and the capacity to accurately assess speeds are also impaired.


… And a focus on re-integration

In addition to musculoskeletal disorders, psychological complaints such as burn-out, depression and problematic substance use, are the main causes of long-term sick leave in Western countries. To prevent employees ending up unemployed or on invalidity leave due to illness or impairment, and thus to keep these employees, companies need to devise a practical re-integration policy. Disability Management is aimed at job retention and re-integration of these employees, in the first instance at the employee’s workplace. At the business level, it is important to link up Disability Management to related policy domains such as programmes for health promotion and prevention and protection of wellbeing at work, including an alcohol and drug policy.

With the right policy, functioning problems resulting from alcohol or other drugs can be prevented or spotted in good time, thus increasing the chance of recovery. It is crucial to translate this policy into specific initiatives, if it is to be efficient: managers must know what is expected of them, and employees must know how the company reacts to problematic use and what the possible consequences are. Everyone must know whether, where and to what extent alcohol or other drugs are permitted. The implementation of roles, rules and procedures should not only be ‘right’ in the sense of ‘practical’ (does it deliver?) but also correct (with respect to the employees concerned, and out of respect for privacy and confidentiality). For such a policy to be successful, there is also a need for adequate training and information in order to raise awareness among employees and support employees with a functioning problem.


Job performance is the key word

It is not easy to deal with employees who are problem users. There is a suspicion of alcohol or drug problems and there are consequences at work. From a work perspective, it is best to focus on work-related behaviour: changes in performance of the person involved lead to intervention. Such an intervention is objective and correct: an employee is always presumed to have done his work properly. It is also more efficient: approaching people with a suspected alcohol or drugs problem usually leads to a negative response and results in denial. When alcohol and drugs problems become functioning problems, they must also be treated as such. However, in many organisations the definition of ‘good functioning’ is by no means obvious, even when there are suitable functioning systems in place.


An essential role for occupational health

Occupational physicians (OPs) could be important actors in the prevention and management of substance abuse among workers. They are regularly in contact with a significant proportion of the working population, mostly in a preventive medical setting. This puts them in a unique position to intervene early when problems in the workplace occur due to substance abuse. When discovering alcohol- or drug-related harm, OPs can invest in appropriate advice and brief intervention, and they can play an important role in the rehabilitation of workers with substance abuse by understanding and supporting them. They can also take into account the work-related context in which this substance abuse has developed, e.g. the relationship with work stressors and shift work.

However, occupational doctors are not therapists. They do form a bridge between the organisation and the line management on the one hand, and the external healthcare providers on the other (GP, specialist healthcare providers). OPs can screen for alcohol and drug use with the requisite confidentiality, and motivate employees to deal with their problem. They can contact the GP and/or external healthcare providers and draw up agreements for possible treatment and/or re-integration. Respect for the privacy of the person involved and the confidentiality and independence of the doctor are necessary preconditions if this is to work.


Can they and do they want to take on this role?

Most OPs believe they can play a leading role in raising awareness among employees about the negative effects of substance abuse, and/or in tackling problematic use. Precisely because of the consequences of alcohol and drug use on the safety and health of employees, it is usually not the attitude of the doctor that is a problem. After all, it is the OP’s job to address this. His knowledge will also be invaluable. In practice, OPs know quite a lot about the effects of alcohol and psychoactive medication, but less about illegal drugs, for example new synthetic drugs. Moreover, it is not easy to talk to employees with substance abuse problems. There is often denial and resistance among employees. OPs then feel powerless in many cases. Specific communication skills and sufficient time may help them to handle a conversation with the employee, and make the right referral. The support of the company is also important. Therefore, contextual factors such as the prevention culture in the company and a developed alcohol and drug policy would facilitate the OP’s role. In addition, because of the overlap between health promotion and safety and health at work, it is better to integrate health promotion as much as possible in the existing structures surrounding safety and health at work, rather than creating something completely new.


A consensus guideline as scientific backing

Unlike general practitioners (GPs), OPs have very few guidelines to help them in their daily work. The first guideline was made available in Belgium in 2017, but is limited to alcohol use. The guideline assists OPs when screening for high-risk alcohol use. Screening for alcohol use among employees can be organised during various OP examinations (e.g. during recruitment examination, availability examination) and/or in the context of a survey about employee lifestyle. Screening offers the OP the possibility to inform employees about their alcohol use and where necessary to take preventive measures. The OP can also spot risky and harmful use as well as possible alcohol disorders. The Belgian guidelines is based on the AUDIT-C (Alcohol Use Disorders Identification Test – Consumption), the abridged version of the AUDIT questionnaire. Depending on the score, the complete AUDIT is taken. In addition, short-term interventions can be offered (e.g. referral to GP). The idea behind it was to raise the quality of the OP approach so that they could address the alcohol problem among employees (more) efficiently. Consensus and standardisation via a guideline with a decision tree was necessary for this purpose.
In order to reach this consensus, various World Cafés with occupational physicians were organised. A World Café is a structured conversation process, intended to facilitate an open and lively debate. During these meetings, the importance of guidelines in general practice medicine was elucidated and their application by OPs was discussed. Various screening tools for alcohol and other drug use were explained. Feedback was also sought from participants on screening and short-term interventions, and possible obstacles were listed, as well as conditions for implementing this initiative. The organisation of a World Café is an evidence-based approach in which stakeholders (in this case OPs) actively participate. In the short term, it leads to faster and better implementation of change and creates a feeling of involvement and ownership. 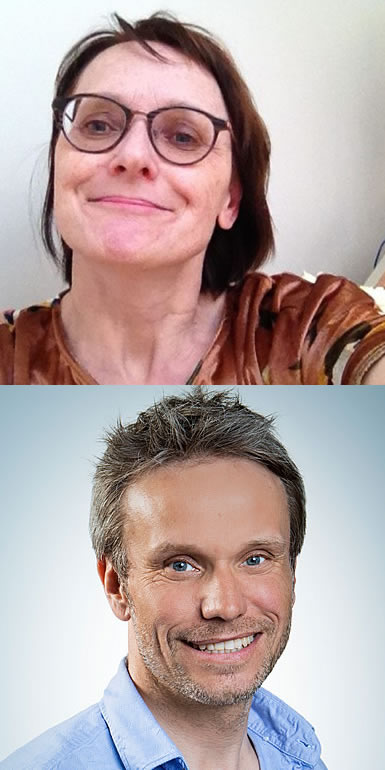