Download:
The purpose of this think piece is to reflect on how the implementation of new tech-nology, such as digitalisation and automation, at industrial workplaces, engender changes in work and organisation and how this may challenge existing gender systems in work life and also effect of the development of safety and health at work (OSH). Gender, especially the industrial worker form of masculinity, and the male-dominated work organisations, are involved in the complex processes of both resistance and change when meeting the digitalization.

The underground workplaces in the Swedish mining industry is a context where such processes are extra visible. Step-by-step the mining industry moves toward a vision of automated and digitalized mines and recently we can see an accelerated pace of change. These are essentially technology-driven changes with optimistic (almost naïve) visions for future work. Even if the development will not be as the visions predict, there will be new types of industrial work, new types of work environments and contexts, and thus new work environmental problems. In the mining context, we will see new types of work tasks, new ways of organising, new competence demands and a move from the underground to high-tech control rooms above ground. In other words, quite large changes in the mining work and new conditions for what constitutes work in a mine. But this transition is not easy, and not without restoring responses and re-sistance in the workplace cultures. Some of the resistance is understandable when con-sidering the issues of skills, personal integrity and new work environmental problems, but also because it encroaches on the areas of the power and control. Parts of the re-sistance are more difficult to understand because it can be hindering OSH development and, as I will argue in this think piece, it is connected to the gender systems at the workplaces.

Large-scale industrial mining has long been a male-dominated and homosocial work context, in Sweden (85-90 % of the mining workers are men) as well as globally, where the gender marking as masculine is seemingly stable, both when it comes to work iden-tities and workplace cultures as well as the technology itself. Entering the mining envi-ronment is, or at least has been, like stepping into the very heart of a classic masculinity construction, the blue-collar masculinity. The current local mine worker masculinity has its roots in the old mining work and is still to a great extent constructed around the aura of dark, dangerous, heavy, and dirty work, manual competences and the mystery of the rock. Although some may argue that the extreme form of this masculinity (macho, boyish, risk-taking) is practically outdated and no longer exists, it remains commonplace. It is a form of masculinity that serves as a safe and stable reference point depicting what a “real man” is, or should be; even for people, professions and masculinities that have quite different expressions, experiences and attitudes. In the mining workplaces, this means that women face high risks of being subjected to restric-tive and stereotype norms, open resistance, harassment, discrimination, as well as diffi-cult work situations.

One of the hopes of the technological change is that it will allow for changed gender patterns: a better work environment combined with higher qualification demands will enable more women to work in the male-dominated industry, and by that creating bet-ter gender equality. But research shows that the picture is not so clear-cut. At many industrial workplaces with a high degree of digitalization as well as at established IT-companies, it is quite common that the digital technology and its related work and competencies is clearly associated with men and masculinity (even if it is another kind of masculinity than the mining worker masculinity). From this perspective, it is quite difficult to see how the male-dominated digital technologies and professions intro-duced in an old male-dominated industry should be able to change the gender patterns.

A reluctant context that is changing

The changes that come (or will come) from the digitalization of mining work has so far mostly been met by a reluctant context. We can see how the men express hesitant atti-tudes and passive resistance to the new technology or almost do some kind of sabo-tage. They rather want to hang on to the old technology, perhaps as an attempt to be ‘real' miners, to be the same as those that work in a dirty and more dangerous envi-ronment underground. It is difficult to maintain the image of the mystic and macho mine work in a control room. We can also see processes where activities, work tasks and people connected to the new digital technology is perceived as weaker and wom-anish. There are examples of how new automation technologies and robot machines underwent a process of feminization and became women’s work, that men refuse to do. This can appear to be paradoxical because technology, especially new technology, such as digitalisation, robotisation, computerising and other high-tech areas of devel-opment, are in other contexts largely associated with men, and general constructions of masculinity. It is, however, easier to understand when related to the importance of old mining work for the construction of mine worker masculinity.

Similar gendered processes can be seen in the resistance, or rather nonchalant atti-tudes, towards safety; such as the tendencies to take risks and to chastise men who attempt to follow safety praxis, but perhaps mostly to exaggerate the old technology, the difficult work environment, the dangers and the risks of the work. The discourse of dangerous mine work functions to protect the status of the work and retain the old identity of the real miner, including, of course, the possibility of appearing as heroes and real men. The growing expectation that the individual must take responsibility for safety, quality, and sustainability and learn new skills is also threatening for the old lo-cal masculinity.

In relation to this, diversity and gender equality initiatives are also met with re-sistance and negative attitudes. There are gender stereotypes and the essentialist no-tions of what women and men are and openly negative attitudes towards women in the workplace. The more different kinds of people that work in the mine, the harder it be-comes to maintain the old mine worker masculinity, the homo-social workplace culture, the feeling of uniqueness and the links to the stories of old mine work. The physical strong and rough male body is still considered a prerequisite for mining work at the same time as the new technology is repeatedly perceived as an enabler for the em-ployment of more women at the mine in the future.

It appears as though the workplace culture and mineworker identity are, or at least have been, lagging behind, in a similar way that long-distance travellers can be jet-lagged and experience being in the wrong time zone. The symbolism of mining work, the mineworker identity and culture, have for a long time stayed in an old-fashioned mode in many aspects, at least in relation to what the new technology such as digitalisa-tion and automation imply. The connections between mining work and masculinity, and the specific macho-form of masculinity, probably make the lagging resilient and exten-sive – and creating more restoring responses and resistance to change than necessary.

But just like after a period of jet-lagging, one eventually reaches the same time zone. The new technology is gradually gaining ground in all parts of the mine, and it is likely that in the future mine worker masculinity will change to reflect this. At least new things are important today, as compared to yesterday. We can already see that adap-tions and changes are happening.

In fact, a tendency of change in relation to gender has occurred at the mining work-places over the past few years, at least in Sweden. This can be seen in an increasing number of women as mine workers (from 5 to 15% in 10 years) as well as a changing workplace climate that includes more inclusive attitudes. These small yet observable changes can be attributed to the companies’ gender equality interventions as well as general processes towards increased gender equality in the Swedish working life. However, they are also associated with changes in mining work that are related to au-tomation, remote-control technology and digitalisation, improvement of the work envi-ronment and safety.

We can conclude that the workplace culture, the mine worker identity and what real mine work is, are gradually changing, in content and character, to suit the requirements set by the digitalized technology, the new qualification demands and new organization-al forms. And that in these processes, changes of masculinity and the ways how men are doing (and perhaps undoing) gender are very much involved. We do not yet know how and in what directions. Perhaps we will see processes of re-gendering where min-ing work and its technology continues to be just as manly as before, only digitalised and linked to a different type of masculinities and different ways of doing gender. An-other scenario can be that the link between mine work and masculinity is removed or at least reduced thanks to the demands of new digitalised technology and a new kind of societal context. The most probable development lies somewhere in-between these scenarios. By analysing both the scenarios and the whole scale between them, future research can expand knowledge about how processes of gender, technology and change are interlinked in different ways and affect, in positive or negative ways, oppor-tunities for development towards better OSH, a sustainable and gender equal working life. 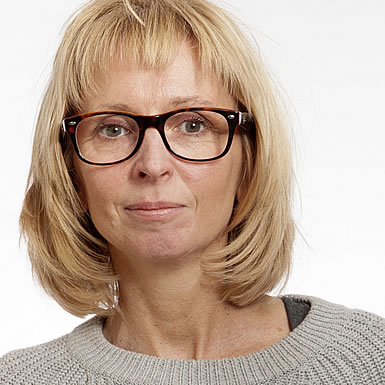