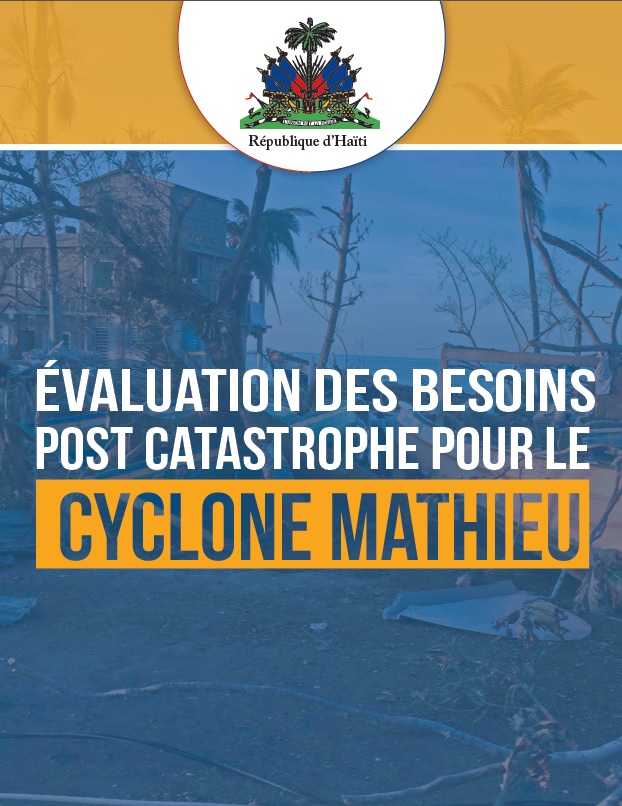 Download:
Cyclone Matthew hit Haiti on 4 October 2016 with winds blowing at 230 km/h, causing severe flooding and damage and destroying lives and livelihoods in several parts of the country. At the national level, 546 people died, 128 were missing and 439 were injured in about 2.1 million people affected by the disaster. The passage of the cyclone highlighted once again the vulnerabilities of Haiti in comparison with neighbouring countries, the fragility of the population, and the risks presented by poor infrastructure and environmental degradation.

Following a request from the Government of Haiti, the PDNA tripartite partners (UN, EU and World Bank) deployed a team of national and international experts to support government officials in assessing the impact of the cyclone and in identifying actions and resources needed for recovery.

Based on the assessment on employment and livelihoods, supported by the ILO, it is estimated that Matthew affected 5.6 million people (43% among them are under 18) or 1.2 million households. Losses correspond to 32,437,532 workdays (or the equivalent of 122,406 full-time jobs) and approximately US $ 14.74 million (974.47 million gourdes) in lost personal income due to declines in production in the agricultural and non-agricultural sectors following the cyclone.