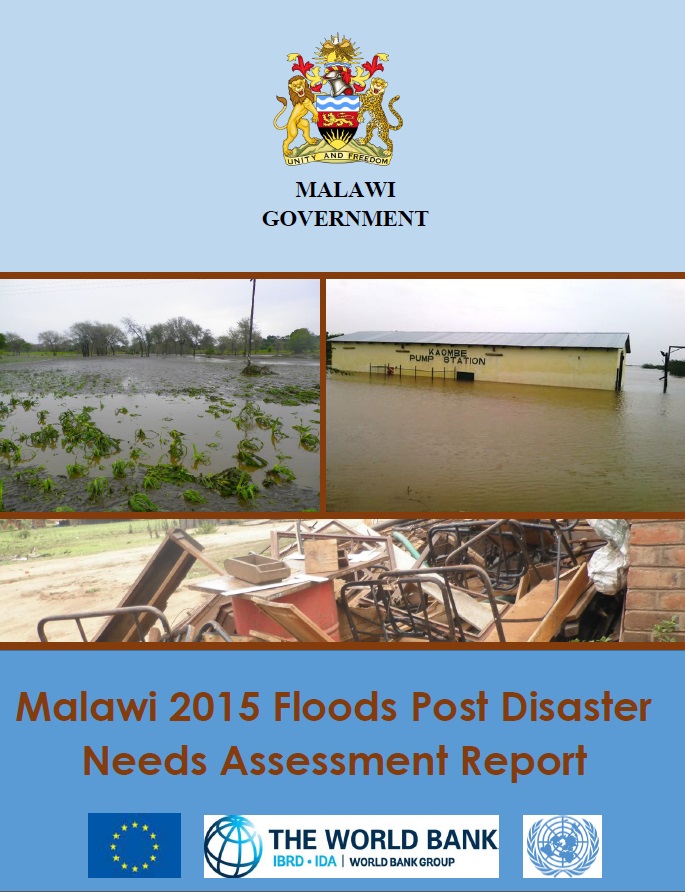 Download:
Heavy seasonal rainfall starting in December 2014 caused flooding across Malawi, Mozambique, Madagascar and Zimbabwe. In Malawi, the floods caused extensive damage to crops, livestock and infrastructure. The southern districts of Nsanje, Chikwawa, Phalombe and Zomba were the most affected. In response, the President of the Republic of Malawi declared a State of Disaster in 15 out of 28 affected districts on 13 January 2015. As of 11 March more than 106 have been reported dead, 172 are still missing and 230,000 people remain displaced.

Following a request from the Malawian government, the PDNA tripartite partners, (UN, EU and WB) deployed a team of national and international experts to support government officials in assessing the floods’ impact and to identify actions and resources needed for recovery.

Based upon the ILO’s Employment and Livelihoods assessment, it is estimated that out of 359,000 household enterprises, 15,000 have been destroyed and 19,000 damaged, resulting in 4 million work days. An additional income loss of 8 million USD is expected as a result of permanently or temporarily disrupted business operations.