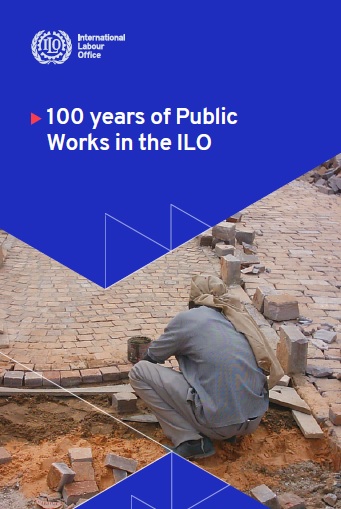 Download:
Public works programmes have been used as a response to inadequate labour demand for many centuries. Indeed, the adoption of policies obliging public institutions to provide employment for those impoverished by their inability to find work is documented in Europe as far back as the 16th century. The unique characteristics of public works as a policy instrument which has the potential to simultaneously create employment on a large scale, reducing poverty and stimulating demand, while also creating assets and services that respond to societal needs, has led to their being adopted around the globe. They have had a variety of forms in diverse contexts and have been used for recovery from war, and as responses to decolonization, financial crises, natural disasters as well economic recessions, in both rich and poor countries, and in rural and urban settings. This book chronicles the engagement of the ILO in this area over the past 100 years, from coordinating public works in the immediate aftermath of World War One to its current use in responding to the effects on the labour markets of economic, financial and environmental crises.