The ILO’s Cooperatives Unit (COOP) turns 100 on 23 March 2020. The Section of Co-operation, as it was called then, was part of the Director Albert Thomas’s proposal for the organization of the office. He presented his proposal during the second session of the Governing Body (GB) in Paris, in January 1920. In his proposal, he said:

“The last Section which we actually have in mind would be the Section of Co-operation. The Peace Treaty requires that the International Labour Office should not only concern itself with conditions of work, but also with the condition of the workers. It is in the form of co-operation that this idea is best seen in popular circles. The Section on Co-operation would not limit itself only to food questions; it might also study conditions of housing, (…). Moreover, co-operation already constitutes an important international movement with which the Office must necessarily concern itself in its own interests.”

This proposal was adopted unanimously during the third session of the GB in London on 23 March 1920. Georges Fauquet was then appointed as the first Chief of the ILO's Section of Co-operation in June 1920.

In early 2020, the ILO launched a call for photos toward a series of ILO COOP 100 Photo Exhibitions to commemorate the 100th anniversary of its Cooperatives Unit (COOP). Following the deadline for submission (June 22), a total of 379 photos were received from 37 organizations in 33 countries across five continents. The photos underwent a selection process based on a number of criteria including relevance to the themes, geographical representativeness, and capturing elements of mutualism, solidarity and self-help. The submitted photos will be featured in future publications and communications from the ILO, all the while making sure creators are correctly credited for their work. The photo exhibitions started to take place virtually through the ILO website and social media channels.
ILO COOP 100 Slideshow I: Cooperatives provide quality care services

This series of photos feature the contribution of cooperatives and the wider SSE in providing quality care services, from childcare and eldercare to care for persons living with disability or illness.

This series of photos feature the contribution of cooperatives and the wider SSE in helping achieve the SDGs, starting with SDG2 on ending hunger, achieving food security and improved nutrition and promoting sustainable agriculture.

The third in the series of slideshows focuses on SDG5 toward achieving gender equality and empowering all women and girls.

The fourth in the series of slideshows focuses on SDG8 toward promoting sustained, inclusive and sustainable economic growth, full and productive employment and decent work for all.

The sixth in the series of slideshows highlights cooperative principle five on education training and information. In the tradition of their founders, cooperative members believe in the ethical values of honesty, openness, social responsibility and caring for others.

The seventh in the series of slideshows highlights the seventh cooperative principle: concern for community. Cooperatives work for the sustainable development of their communities through policies approved by their members.

As part of the ILO COOP 100 photo exhibitions, the ILO is featuring the contributions of cooperatives and the wider SSE to advancing decent work and sustainable development. The eighth in the series of slideshows highlights cooperative and wider social and solidarity economy (SSE) enterprises in Africa.

As part of the ILO COOP 100 photo exhibitions, the ILO is featuring the contributions of cooperatives and the wider SSE to advancing decent work and sustainable development. The ninth in the series of slideshows highlights cooperative and wider social and solidarity economy (SSE) enterprises in Asia.

As part of the ILO COOP 100 photo exhibitions, the ILO is featuring the contributions of cooperatives and the wider SSE to advancing decent work and sustainable development. The tenth in the series of slideshows highlights cooperative action in the Americas.


An Update on the ILO COOP 100 Photo Exhibit Submissions

To celebrate the 100th anniversary of its Cooperatives Unit (COOP), the ILO brought together scholars and practitioners working with governments, employers’ and workers’ organizations, as well as cooperatives and the wider social and solidarity economy (SSE) for a two-day international symposium.
The Symposium was live streamed on Youtube livestream:
English Day 1 and Day 2
French Day 1 and Day 2
Spanish Day 1 and Day 2

As part of its centenary celebrations, ILO’s Cooperatives Unit is holding a series of webinars highlighting key areas of work on cooperatives and the wider social and solidarity economy.

ILO COOP 100 Interview series features past and present ILO colleagues and key partners who have closely engaged with the ILO's work on cooperatives and the wider social and solidarity economy (SSE). The interviews reflect on their experience and contributions in the past and shares their thoughts on the future of cooperatives and the SSE in a changing world of work. 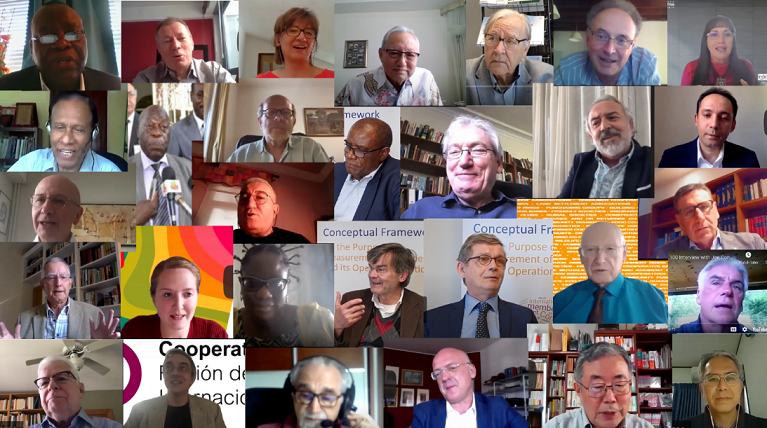 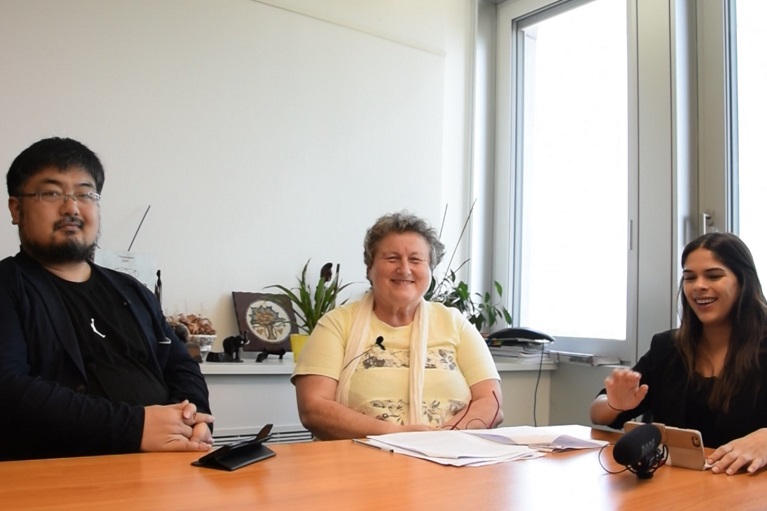 Anna Biondi, Deputy Director of the ILO Bureau for Workers Activities (ACTRAV), was interviewed by the International Cooperative Alliance (ICA) for the first episode of its podcast series. She reflects on the historical relationship between cooperatives and trade unions and on the challenges and opportunities for cooperative enterprises in advancing decent work.

Across the century ILO DG’s have appointed 12 officials to lead the work of the organization on cooperatives and the wider social and solidarity economy. These were almost all staff members coming from within the ranks of the organization having worked in different capacities in the field and headquarters before leading the cooperatives and wider social and solidarity economy portfolio in the office. In the transition between the appointment of the COOP managers, there were several instances of Officers-in-Charge who were temporarily delegated responsibilities  of leading this portfolio in the interim.

More on the history of ILO COOP

What is in a name?

The activities of what is affectively known as ILO COOP have gone uninterrupted since 1920. Over the course of the century, however, its official designation has gone through multiple iterations. This write up provides a glimpse into the transformation of what started as the “Section of Co-operation” in 1920 into the “Cooperatives Unit” in 2020 with all its different iterations in between. Read the full article here

On the occasion of celebrating ILO COOP Centennial, Annals of Public and Cooperative Economics (APCE) presents a selection of 12 key articles that have shaped the contemporary understanding of cooperatives and the wider social and solidarity economy. Read here
Cooperatives & the ILO over 100 Years: A selection of 12 Articles: A Special Virtual Retrospective Issue of the Annals of Public and Cooperative Economics marking ILO COOP 100. Read here

A technical cooperation pioneer on cooperatives
During the 100 years of the ILO some extraordinary people have worked for the Organization. One of them was Peter Goullart who, during the 1950s helped develop co-operatives in several countries in Asia. He recounted his experiences in a book, ‘River of the White Lily’ published in 1965. Check the full article here

The story of a friendship: Juan Somavia and Ivano Barberini

Except their age (Juan was born in 1941, Ivano in 1939) there was little that bound the two men together. This was until in 2001, when the International Labour Conference discussed an item on the “Promotion of Cooperatives” which led to the adoption of ILO Recommendation 193, in 2002 under the same title. One year later, Ivano invited Juan to attend the ICA General Assembly in Oslo. Juan accepted, concluding his keynote address at the event with the words; “I believe in you and what you are doing. Let’s keep cooperating together”.

Cooperatives in Focus: Select Articles on Cooperatives from the International Labour Review


As ILO Cooperatives Unit (COOP) marks its centenary this year, the International Labour Review (ILR), a peer-reviewed multidisciplinary journal of international scope in labour and employment studies, will be celebrating its centenary next year. Across the years, a number of articles on cooperatives were featured in the issues of the ILR. Here are a selection of ILR articles on cooperatives spanning a period from the 1920s to the 1960s.

ILO Cooperative Timeline highlights key events in the history of both the ILO’s work on cooperatives and the international cooperative movement.


NATLEX is the ILO's database featuring national laws on labour, social security and related human rights. You can find over a thousand cooperative laws at your fingertips on NATLEX going as far back as a century. Check it out here.
Labordoc provides online access to all ILO publications, including guides and manuals, reports, working papers and ILO journals. ILO meeting documents, including documents of the International Labour Conference, Governing Body, Regional and other meetings are also easily accessible through Labordoc. There are close to 10,000 entries on cooperatives on Labordoc. The search can be further nuanced by using keywords, type of resource, language, publication date and more. See  here.

You can discover e-books, journal articles and other publications across hundreds of databases as well as the ILO Library's collections through LabourDiscovery. Check out over 70,000 items on cooperatives here. 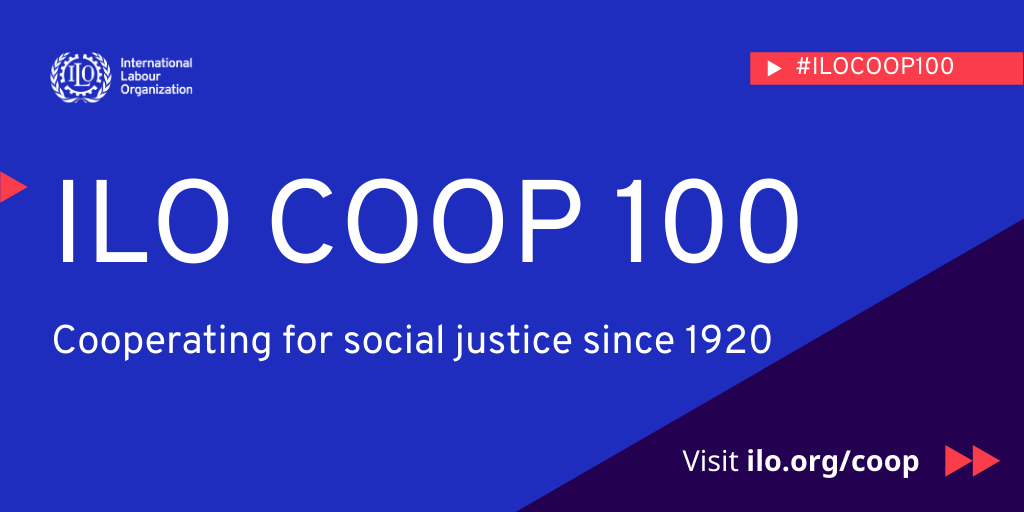 Working on the river of the White Lily