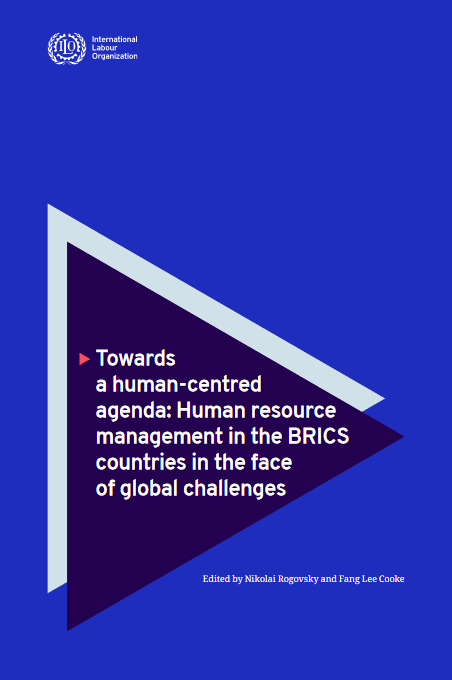 Download:
This publication is a major output of the project “Towards a human-centred business and economic model: Evidence from the BRICS countries”, which was conducted in 2020–21 through a partnership between the ILO Research Department and a number of scholars from leading academic institutions around the world. The project was a joint endeavour by 12 researchers based in all the continents, except Antarctica. It examined novel evidence of human-centred human resources management (HRM) practices in five leading emerging economies, namely Brazil, the Russian Federation, India, China and South Africa (hereafter referred to collectively as the “BRICS countries”). The purpose of the project was to promote a deeper understanding of the relationships between megatrends that shape HRM policies and of their specific implications for the BRICS countries.