On 11 February, close to 50 ILO colleagues joined a webinar to discuss lessons learned and challenges faced under the Refugee Response Programme in Turkey and PROSPECTS, which is implemented across eight countries in the Middle East and in North and East Africa.

Building on previous exchanges between ILO Ankara and PROSPECTS in the context of a South-South and Triangular Cooperation and regional gender and disability mainstreaming workshops in Kenya and Lebanon, participants had the opportunity to share knowledge, different approaches and successful initiatives in the area of transition to formality and enterprise development.


It is a very good opportunity to strengthen the knowledge- and experience-sharing between the ILO in Turkey and the different PROSPECTS countries. Over the past few years, we learned some important lessons and we have developed some interesting tools and products. Some of them, like Transition to Formality programme (KIGEP), have been tested, independently evaluated, and we think it has a good potential for becoming a global ILO tool."

Numan Özcan, Director of the ILO office in Turkey

With more than five years of experience in response to the Syria crisis, colleagues from the ILO Office in Turkey shared their experiences in supporting inclusive economic growth as well as labour market governance. Presentations on the transition to formality and on enterprise support shed light on some of the achievements in Turkey. With the COVID-19 pandemic, these support programmes gained in relevance as it became more necessary than ever to support job retention and creation for all.

Through its Transition to Formality Programme, known as KIGEP, the ILO in Turkey was able to support job retention during the very first months of the COVID-19 pandemic. During an initial period of six months, employers received financial support to cover social security premiums and the work permit fees of the Syrian employees. This financial incentive helped employers keep their workers and support business continuity when the most severe restrictions were implemented. In close collaboration with the Social Security Institution (SSI), the ILO in Turkey supported more than 6,200 Syrian refugees and host communities in 2020.

PROSPECTS teams were especially interested in learning more about how KIGEP, beyond the financial incentives, raised awareness of host and refugee communities as well as enterprises on the fundamental principles and rights at work. Given the high rates of informality in PROSPECTS countries and in Turkey, the second round of discussions focused on how best to support formalization of micro-sized enterprises, including refugee-owned ones, by facilitating access to information, finance and business services in collaboration with local partners including chambers and municipalities.

The webinar ended with a presentation on lessons learned from an entrepreneurship support programme implemented by ILO Ankara. The programme included a package of financial support provided to 70 entrepreneurs from refugee and host communities to establish their enterprises, as well as follow-up training and mentorship services. Given that several PROSPECTS programmes, including those in Uganda and Lebanon, are planning to launch business plan competitions and the provision of grant and business development services, the lessons learned that were shared in the context of the programme implemented in Turkey were welcomed by PROSPECTS programmes.

This webinar has been the start of an inter-regional collaboration that ILO PROSPECTS is aiming to establish to promote knowledge-sharing, and it will be followed by other exchanges on different thematic areas such as skills development, work-based learning and supporting social cohesion in the workplace.


The right to work directive for refugees has been enacted in March 2020 in Ethiopia, and we want to ensure we proceed to accompany the government on this journey with the best practices and approaches that have worked elsewhere – Turkey being a case in supporting the government on implementation of the work permit regulation. The issues are similar whether we are talking about the transition to formality, the quest for extending social protection to this population segment, or the strategies to reduce social tensions and build more cohesive societies."

This is about us learning from each other primarily. We are really interested and keen to hear what has been happening in Turkey and particularly around the issues of support in the transition to formality, the formalization of enterprises and on skills development." 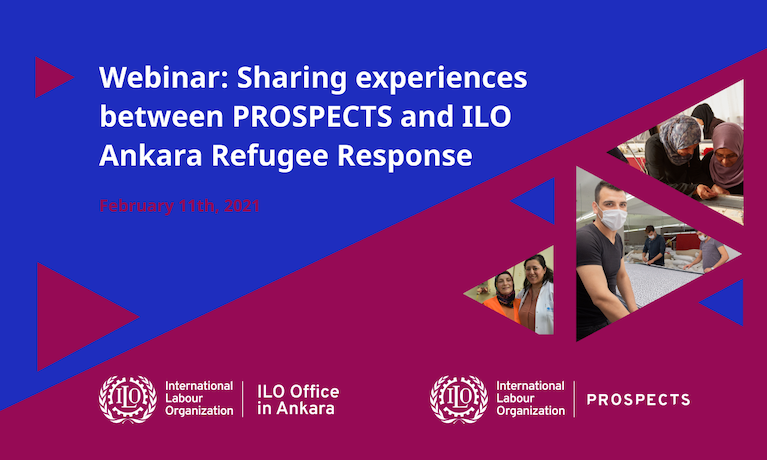