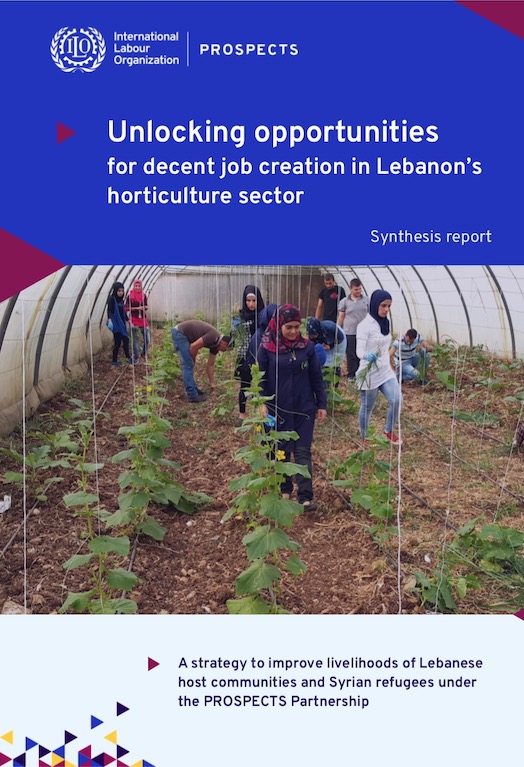 Download:
For the past 9 years, Lebanon has been at the forefront of one of the most severe refugee emergencies of our time. According to government estimates, up to 1.5 million forcibly displaced Syrians are currently hosted in Lebanon , equivalent to a quarter of the Lebanese population, making Lebanon the country with the highest per capita concentration of forcibly displaced persons in the world.

To make matters worse, Lebanon is facing a severe economic and financial crisis and the outlook is grim. The country’s long standing weak macroeconomic conditions characterized by high public debt and tight monetary policy to support the fixed exchange rate have put the county on an unsustainable path.
Since October 2019, the Lebanese people have taken to the streets to demand political changes, more job opportunities, and the resignation of the government.
Furthermore, the economic situation in Lebanon was worsened further by the global COVID-19 pandemic that hit the world in early 2020.

In this challenging context, the recently launched “Partnership for improving Prospects for forcibly displaced persons and host communities” (PROSPECTS) aims to improve the resilience of Lebanon and create decent jobs for both forcibly displaced persons and host communities. Funded by the Government of the Netherlands, PROSPECTS brings together five agencies (IFC, ILO, UNHCR, UNICEF, World Bank) to devise collaborative and innovative approaches for inclusive job creation, education and protection in eight countries across Eastern Africa and the Middle East.

In Lebanon, the ILO’s focus in the partnership is on enhancing resilience of Lebanon’s crisis rattled labour market and creating better livelihoods for both Lebanese host communities and forcibly displaced persons. It will do so by promoting the development of marketrelevant skills, enhancing employment placement services and labour market governance strengthening social protection schemes and promoting micro, small and medium sized enterprises (MSMEs) as well as sectors with potential for decent job creation. In order to create decent job opportunities for both Lebanese host communities and forcibly displaced Syrians, the ILO deployed its Approach to Inclusive Market Systems (AIMS) to look at ways to develop the Lebanese greenhouse horticulture sector.