Download:
The Director-General’s Report, "Building a sustainable future with decent work in Asia and the Pacific", was published in February 2011 for submission to the ILO’s 15th Asia and the Pacific Regional Meeting originally planned for April this year. Part 1 contains four thematic chapters. Part 2 reviews ILO activities in the Region for the period 2006-2010.

Due to the rescheduling of the 15th Asia and the Pacific Regional Meeting to December 2011, a Supplement to the Report of the Director-General was published in October 2011. It provides an update on developments in the Region and underscores the imperative of moving towards new, more efficient patterns of growth with social justice. 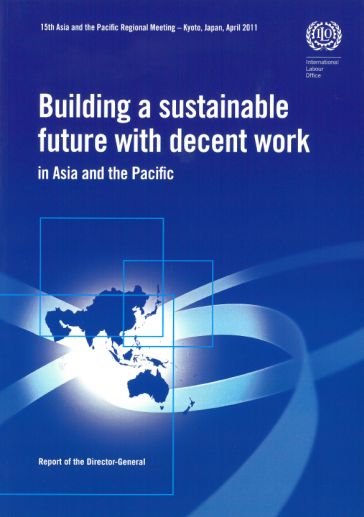