Economic and Social Councils help to shape the future of work by promoting social dialogue between governments and social partners (workers’ and employers’ organizations).

The agreement was signed by ILO Director-General Guy Ryder and AICESIS President Iacob Baciu at the ILO headquarters in Geneva on Tuesday.

The new agreement covers major areas such as social dialogue and tripartism, the decent work agenda, developing participatory democracy, the 2030 Agenda, the Sustainable Development Goals, as well as the social dimension of globalization and the future of work.

The agreement includes systematic information exchange as well as joint activities such as seminars to share best practices and improve the capacity of economic and social councils and similar national institutions for social dialogue. Other forms of cooperation, including joint programmes and study arrangements, are also planned.

The new agreement builds on a previous, similar, arrangement, signed in 2012.

“Economic and Social Councils and Similar Institutions can play a key role in promoting social dialogue and decent work. They mostly work along the same lines as the ILO itself, providing a forum for social dialogue between workers, employers and governments,” said ILO Director-General Guy Ryder.

“This agreement with AICESIS opens new areas of cooperation that can contribute to finding sustainable solutions to the major challenges the world of work currently faces,” he added.

“The signing of this agreement between ILO and AICESIS is a historical moment. I am deeply honored to be here, at ILO headquarters in Geneva, where all international labour conventions have been adopted. AICESIS sees the cooperation with ILO as a chance for the promotion of social dialogue,” said AICESIS President Iacob Baciu.

The agreement was signed during an international seminar on the digital revolution that looked at several key issues related to automation, including vocational training, adaptation of education systems, the digital impact on labour mobility and firms, the risk of rising inequality and the role of social dialogue. 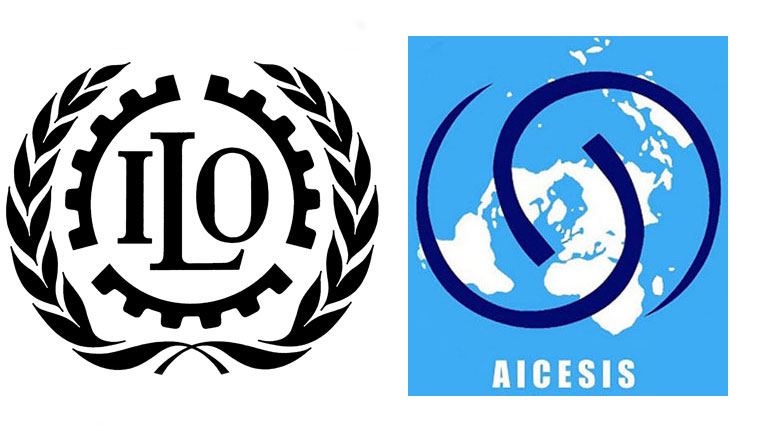