HO CHI MINH CITY, Vietnam (ILO News) – The Better Work programme particularly benefits women, who in Vietnam make up 80 per cent of the workforce in the garment sector, one of the country’s largest industries. For many, the factory jobs are their first experience with formal employment. Here are the stories of five women who work in factories enrolled with Better Work in Vietnam: 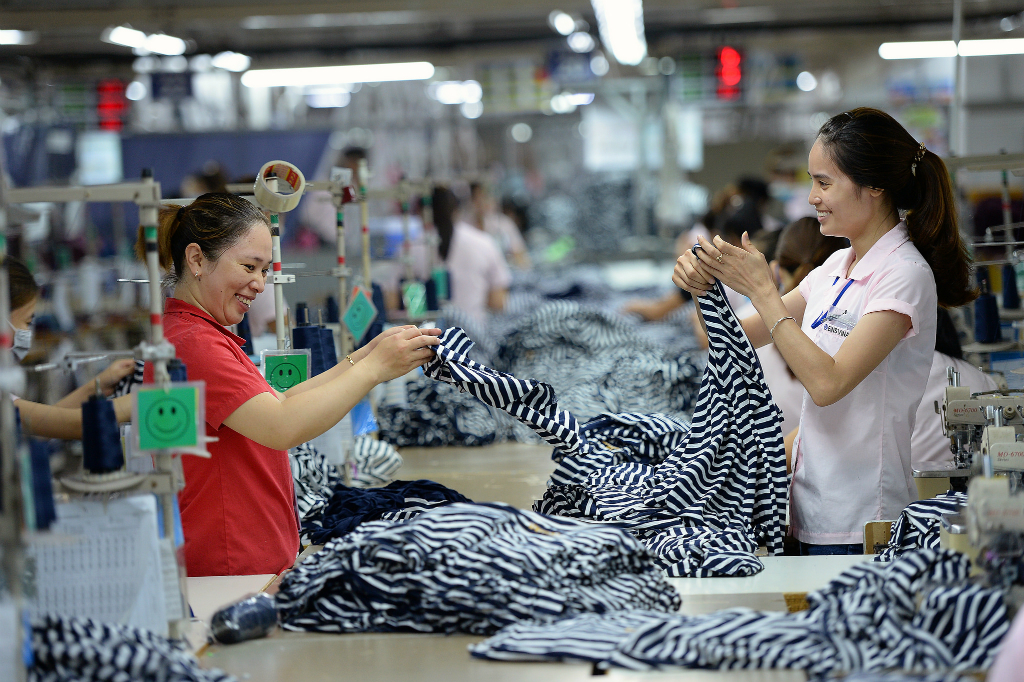 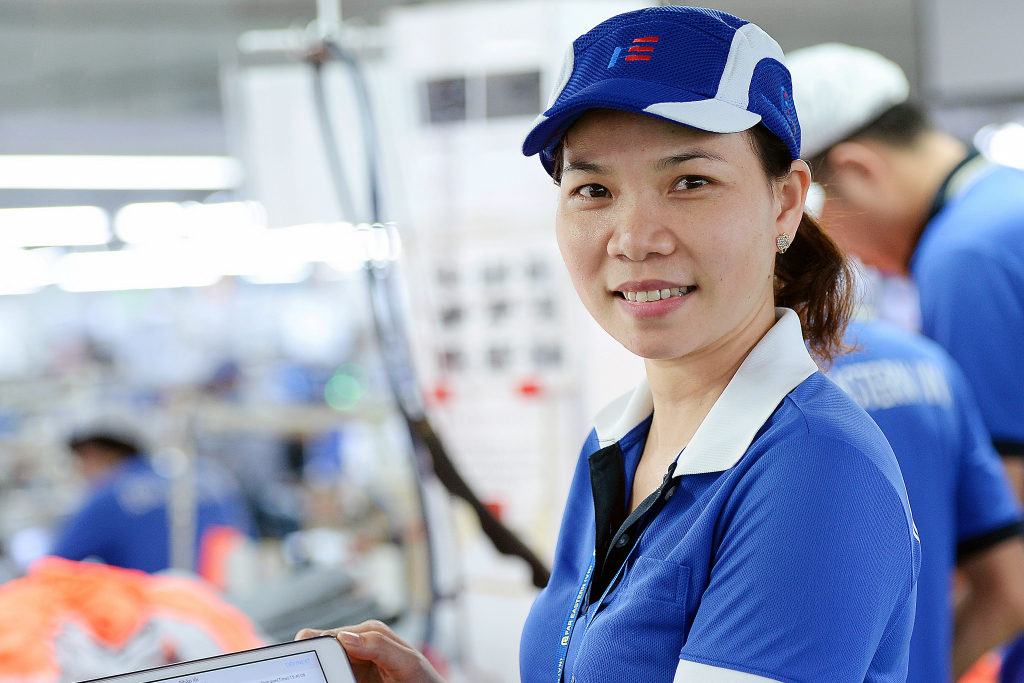 Duyen is a senior production manager who supervises nearly 1,400 workers at a factory in Binh Duong, north of Ho Chi Minh City. Duyen started as a sewing worker 14 years ago, when she was just 21. Seeing her potential and work ethic, managers steadily promoted her, first to supervisor, then to deputy manager, manager and finally, to senior manager.

“Work hard and you will get acknowledged and rewarded,” she says. 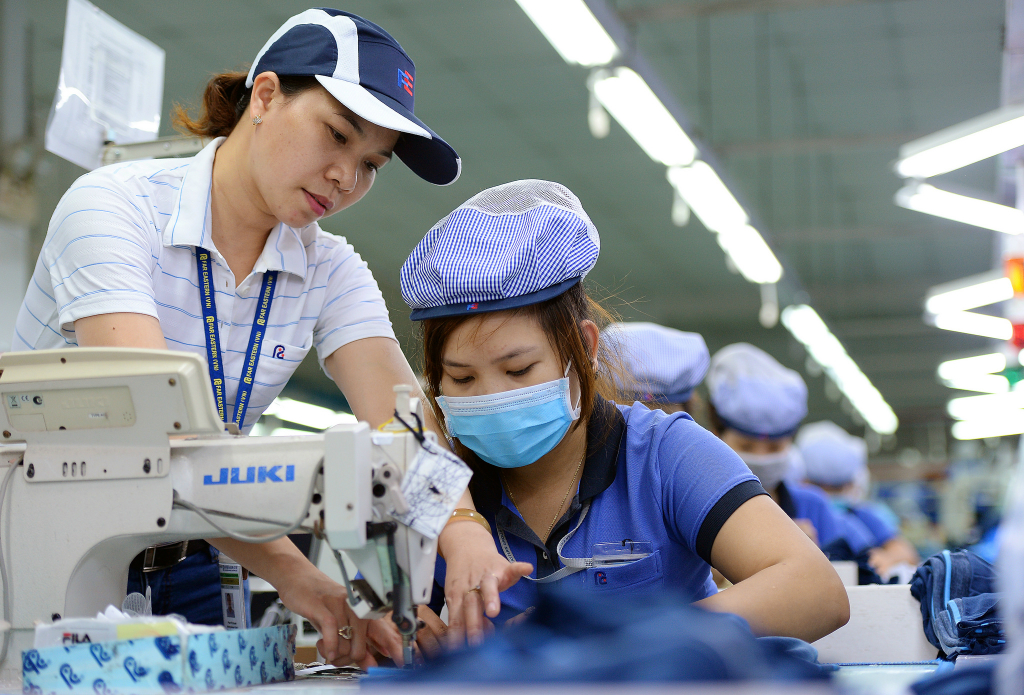 Duyen is now learning Chinese, which she says she needs to communicate better with her senior bosses.

Better Work offers leadership and skills development for women as part of its training programme. 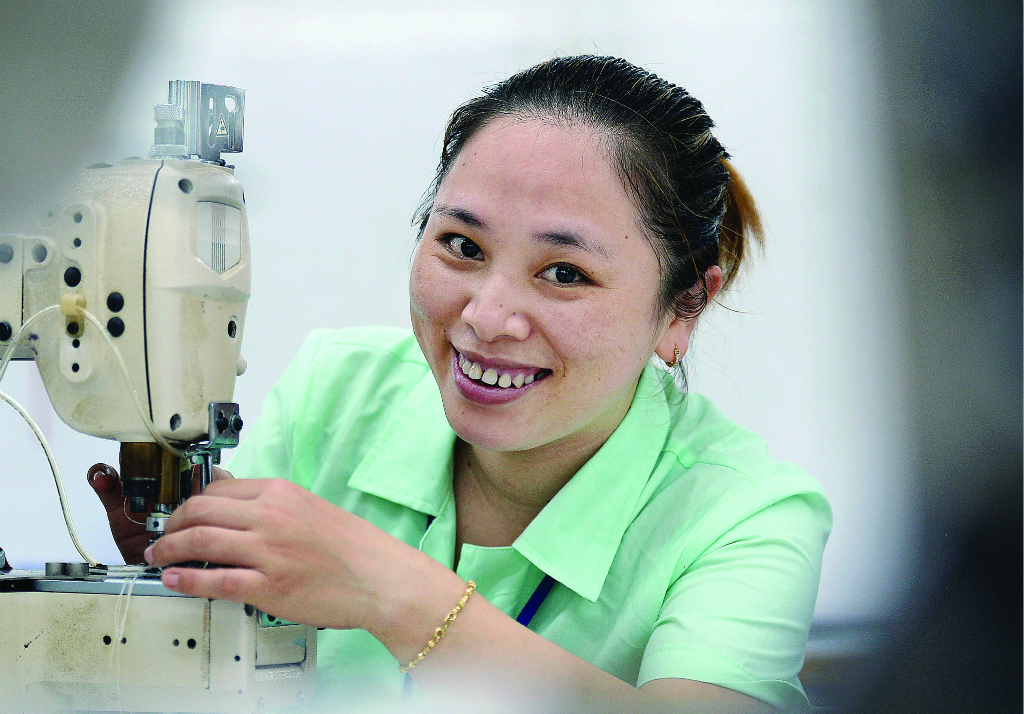 As a child, Nga lived in the central highlands region of Dak Lak, where her family grew coffee. When she was six, on the way home from the school, she fell and injured her legs. She was treated at a local hospital, but an infection later led to complications, which affected her mobility and prospects for work. Fast-forward almost two decades, and Nga moved to Ho Chi Minh City where she enrolled in a sewing course. After her studies, she landed a job in a large garment factory producing clothes for international brands. It was Nga’s first real job.

“At first, I was afraid that the factory would not want me because of my disability. But they accepted me.” 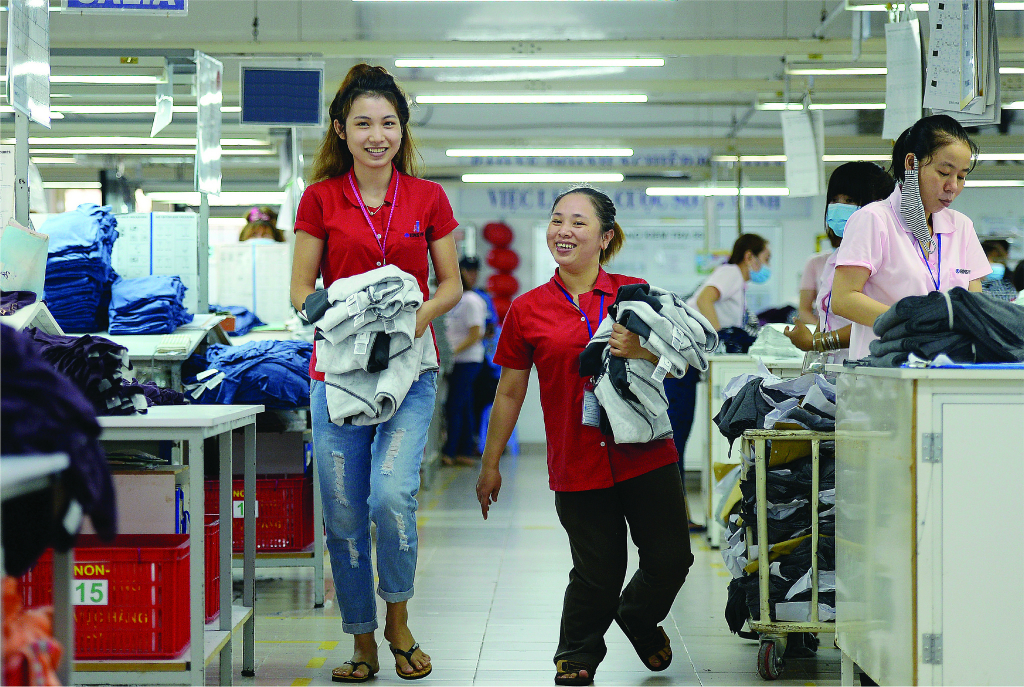 These days, her sewing line consistently exceeds productivity targets. “Thanks to my job, I have overcome my physical condition and I no longer think about how I walk.”

Better Work advises factories on how to make easy and cost efficient modifications to the work environment to accommodate disabled workers. 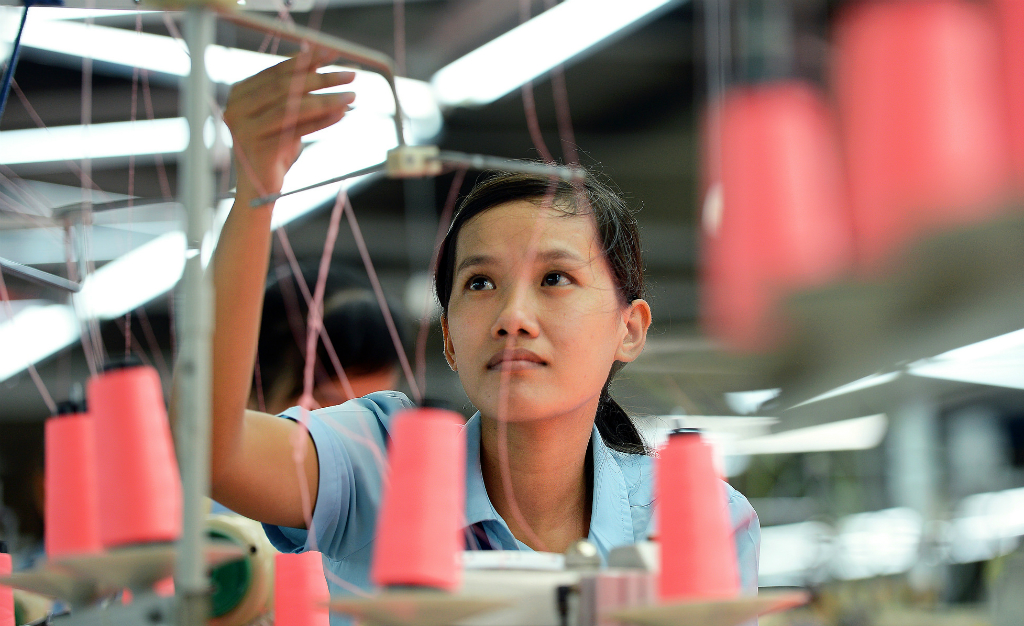 Tuyen works on a sewing line in a factory in Tay Ninh, North West of Ho Chi Minh City. She has been working there for two years, along with her husband, who works in the cutting section. When she first started, Tuyen used to follow a few simple steps to sew sport clothes. But, as she became more skilled and the factory’s order volumes rose, she moved onto more intricate and complex items such as underwear. This was a challenge at first, and her output was far lower than her managers expected.

Tuyen approached her supervisors, who showed her new sewing techniques and also helped her to use more specialized machines for new products. With practice, her skills developed rapidly. 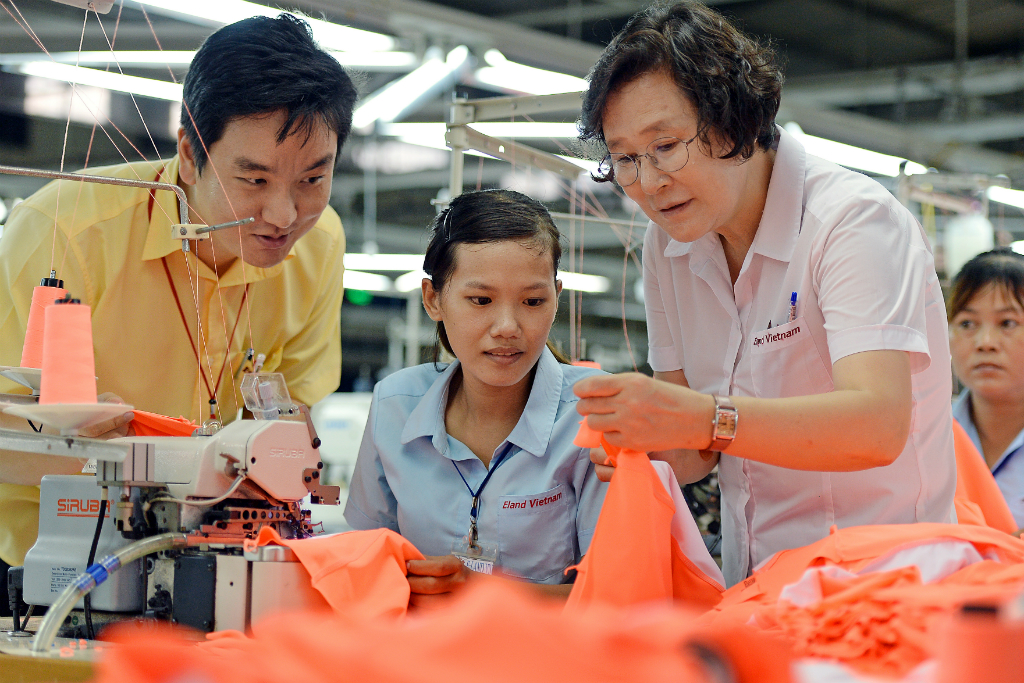 She is now an expert at her new sewing technique. Her productivity of 750 pieces a day far exceeds the 400 she was producing just a few years ago. According to Tuyen, worker productivity depends on supervisor support.

“Learning by doing is always best for work like this,” she says.

The Better Work programme has decreased the gender pay gap by focusing on ensuring the correct payment of wages. 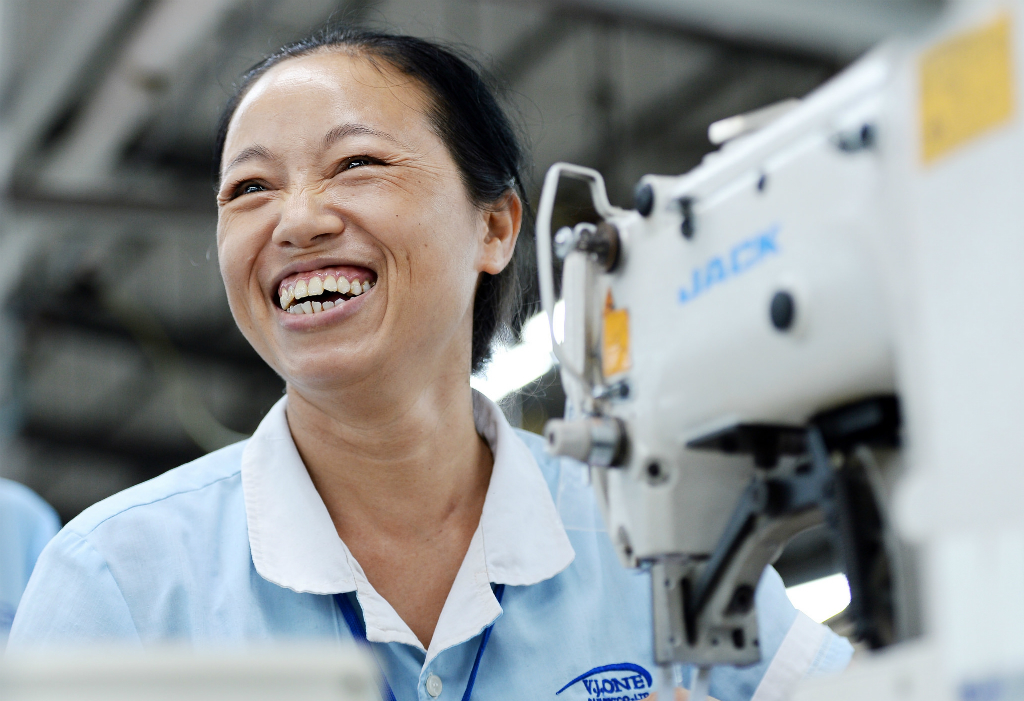 Hanh comes from a family of rice farmers in the coastal province of Thai Binh. While growing up, she felt farming was hard work with little reward. She decided to try her hand at factory work, knowing that the salary could support her young family.

Put to work on the sewing machines, Hanh was nervous and at first couldn’t make sense of the barcodes, labels and technical terms she encountered. But she adapted quickly and before long, started receiving awards from her factory for her efforts. 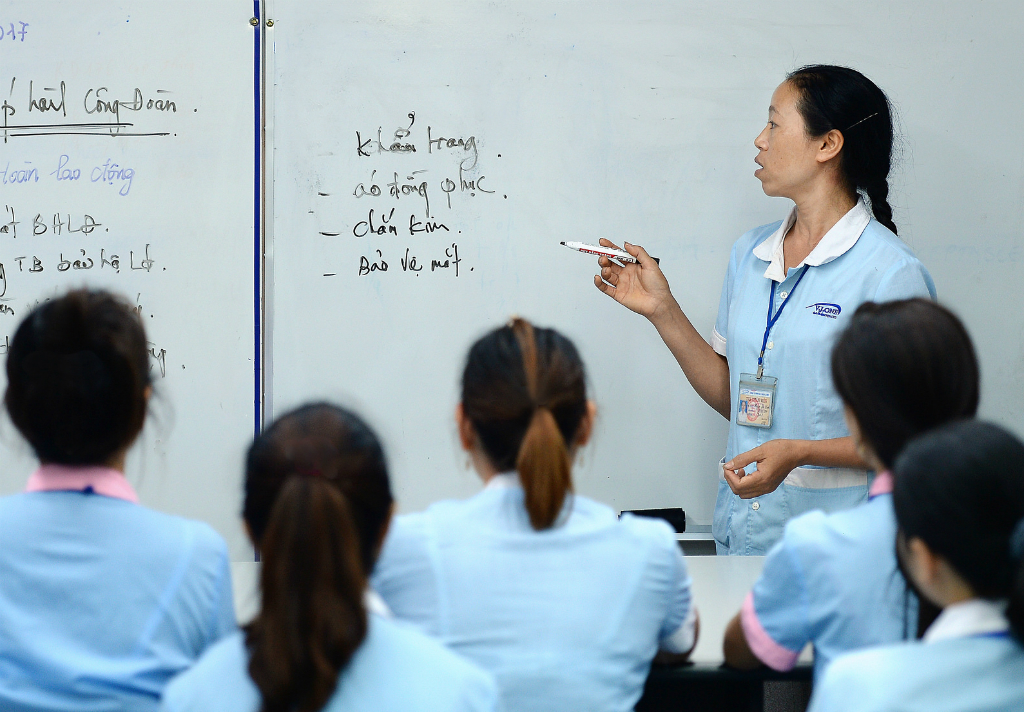 Hanh is now a top performer in her factory. A skilled multi-tasker who can work across various sections, she often covers for colleagues when they are off sick. Hanh is also on the executive committee of the trade union.

“Training female supervisors can increase factory productivity by up to 22 per cent.”
Tufts University, Progress and Potential 2016 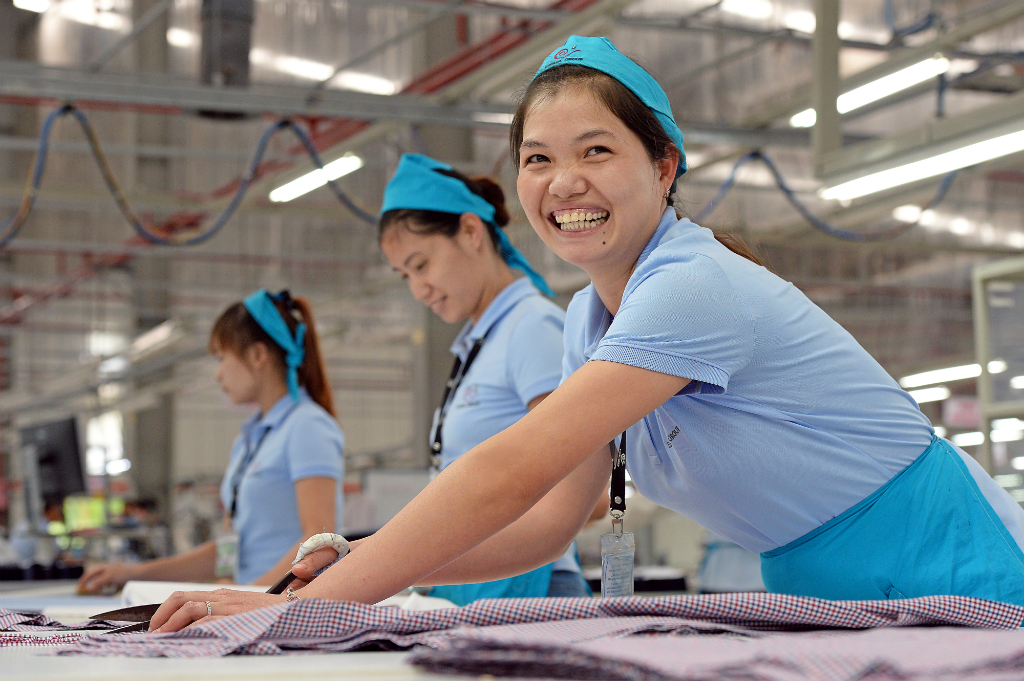 Hau hails from a rural village in the mountainous Hoa Binh province. Before she joined a leading garment factory, her family relied almost entirely on her husband’s salary from a brick factory. Times were hard. Knowing that few people from minority backgrounds get jobs outside farming, Hau – who comes from the Muong ethnic group – was apprehensive about working in a factory.

“At the beginning I did not know whether I could cope with a garment job; but now I am very happy with this work.” 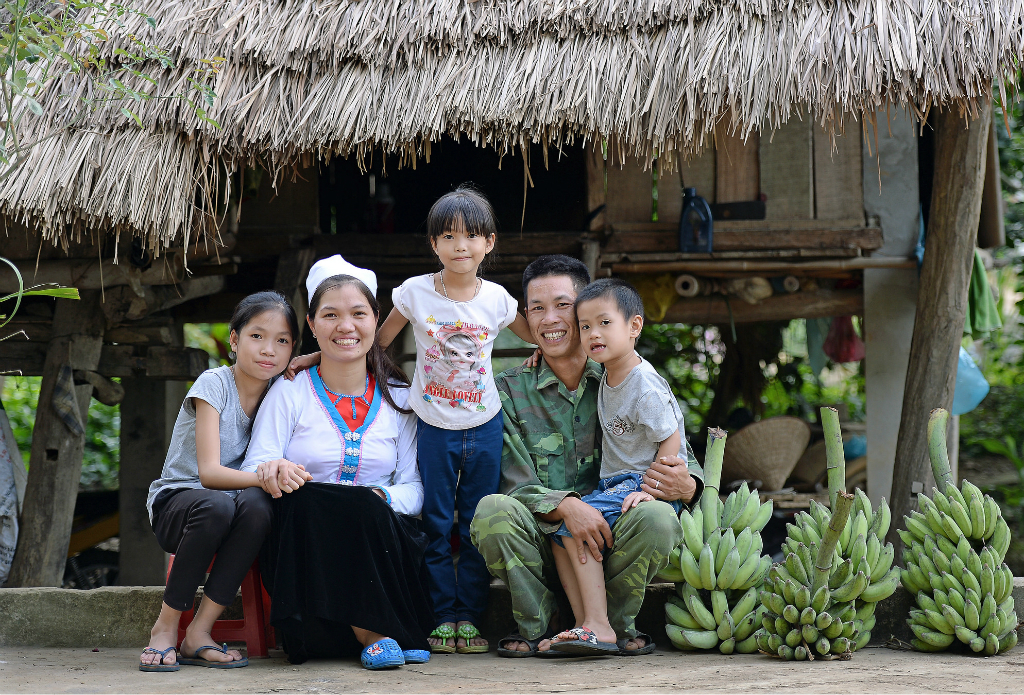 Hau reflects on her long and tough journey to where she is today. She had to adapt to new ways of thinking and working to succeed in the factory environment. Above all, though, Hau’s priority is her family. “The most important thing to me is to have a permanent job that allows me to take care of my children.”

“Quality jobs for women have knock-on development impacts including better health for workers and their family members and improved education for workers’ children.”
Tufts University, Progress and Potential 2016


Better Work – a joint programme of the ILO and the International Finance Corporation (IFC) – is active in eight countries, reaching more than two million workers and has been operating in Vietnam since 2009. Just over 500 garment factories, with a workforce of 700,000, participate in the programme in the country.

A major study carried out for the programme has shown that garment factories that provide decent, good quality jobs and treat workers fairly can be a powerful driver of women’s empowerment and help bring lasting benefits to them, their families, and their communities.

As a result of their participation in the Better Work programme, factories have steadily improved compliance with ILO core labour standards and national legislation covering compensation, contracts, occupational safety and health and working time. This has significantly improved working conditions and, at the same time enhanced factories’ productivity and profitability.