The garment industry in Bangladesh In 20 years Bangladesh has become one of the main exporters of ready-made garments. In 2011 Bangladesh accounted for 4.8 per cent of global apparel exports, versus only 0.6 per cent in 1990. Over the same period, total exports increased from around 5 per cent of Bangladesh's GDP in 1990 to over 23 per cent in 2011.
© Michaël Garrigues / Flickr 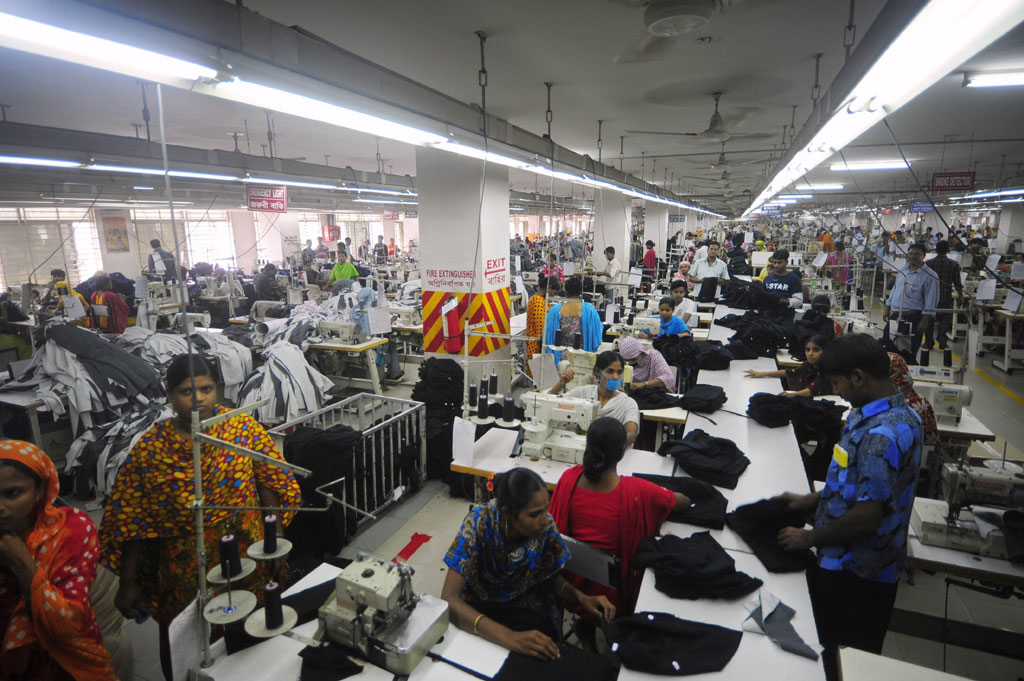 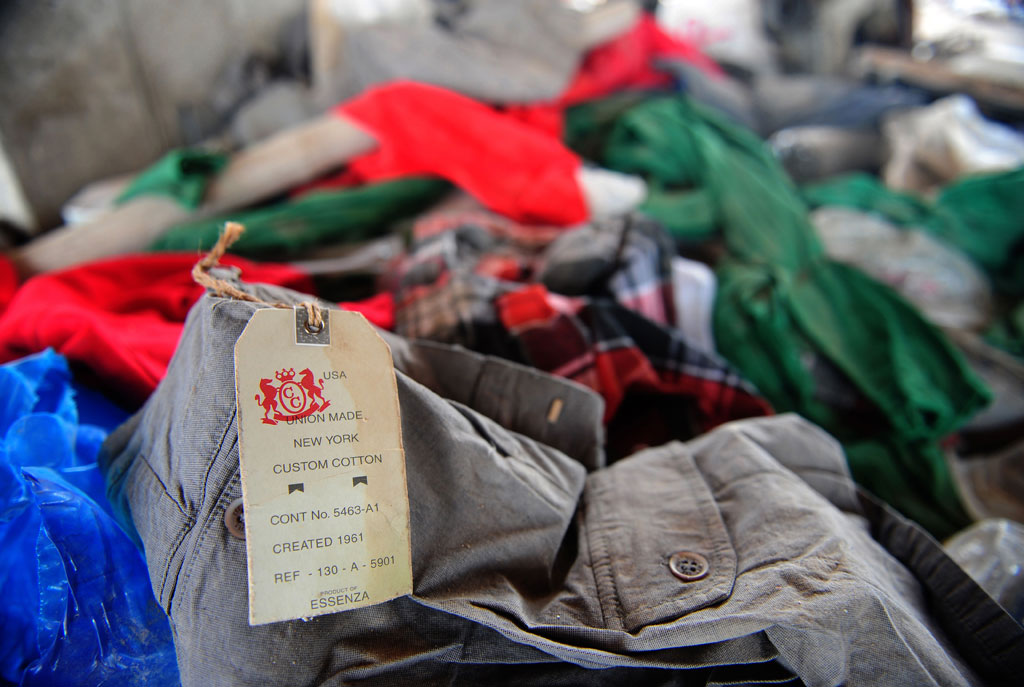 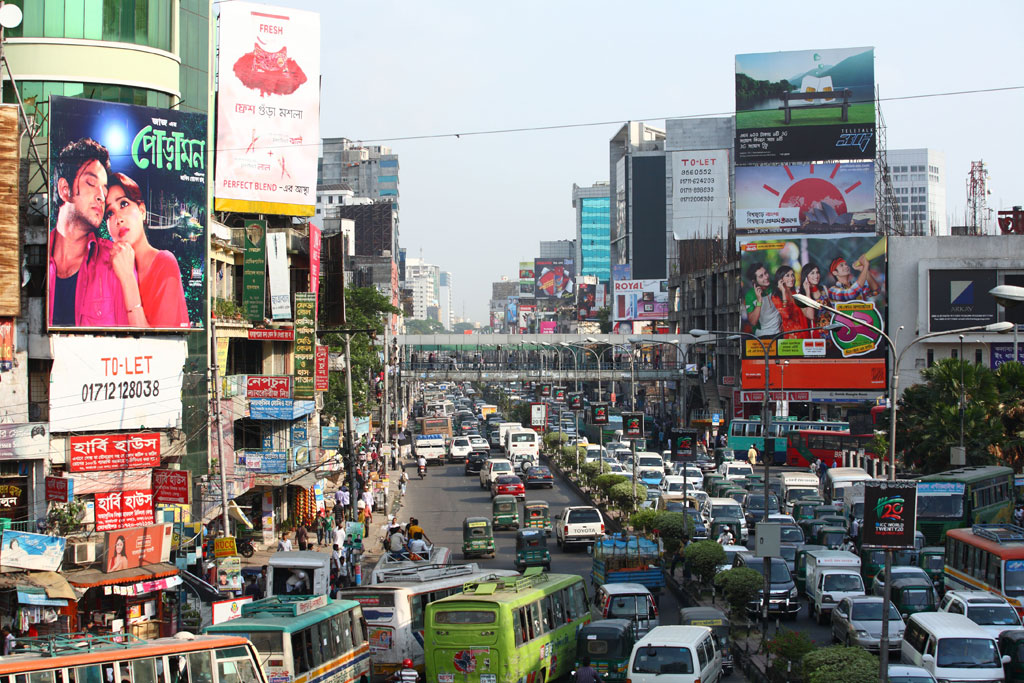 The growth in the last two decades has created jobs, but with tough working conditions and low pay, including in export-related industries. The incidence of informal employment increased from 75 per cent in 1999/00 to 87 per cent in 2010 – the highest in the region.
© ILO 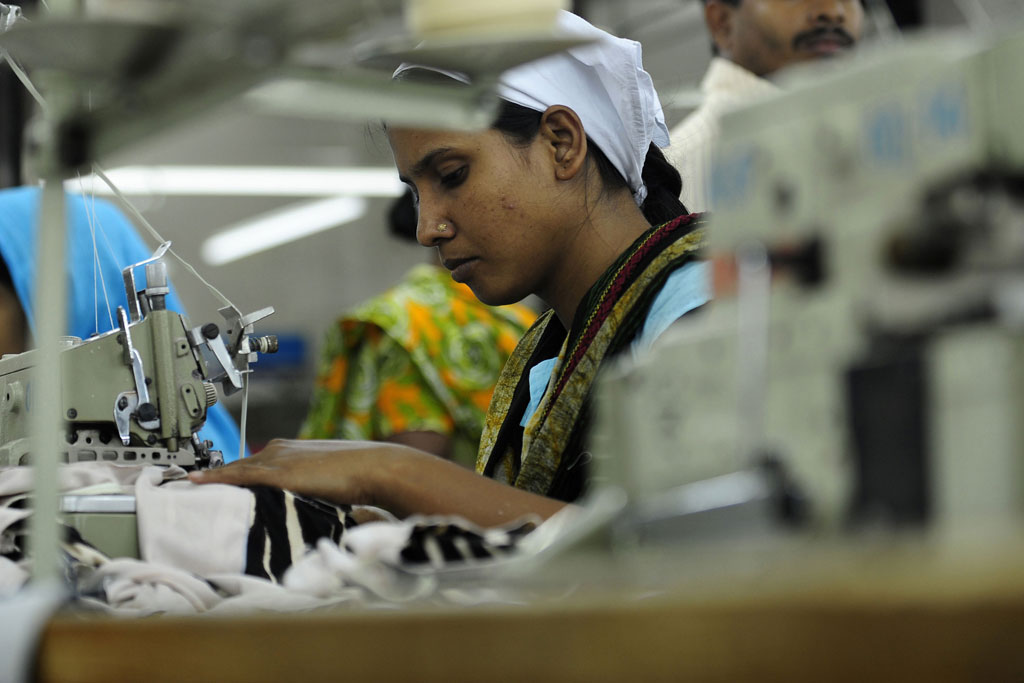 Bangladeshi workers earn some of the lowest wages in the world. As of August 2013, the monthly minimum wage for entry-level workers in Bangladesh’s garment sector was US$ 39 per month – about half of the lowest applicable rate in other major garment-exporting countries, such as Cambodia (US$80), India (US$71), Pakistan (US$79), Sri Lanka (US$73) and Viet Nam (US$78).
© Munir Uz Zaman / AFP 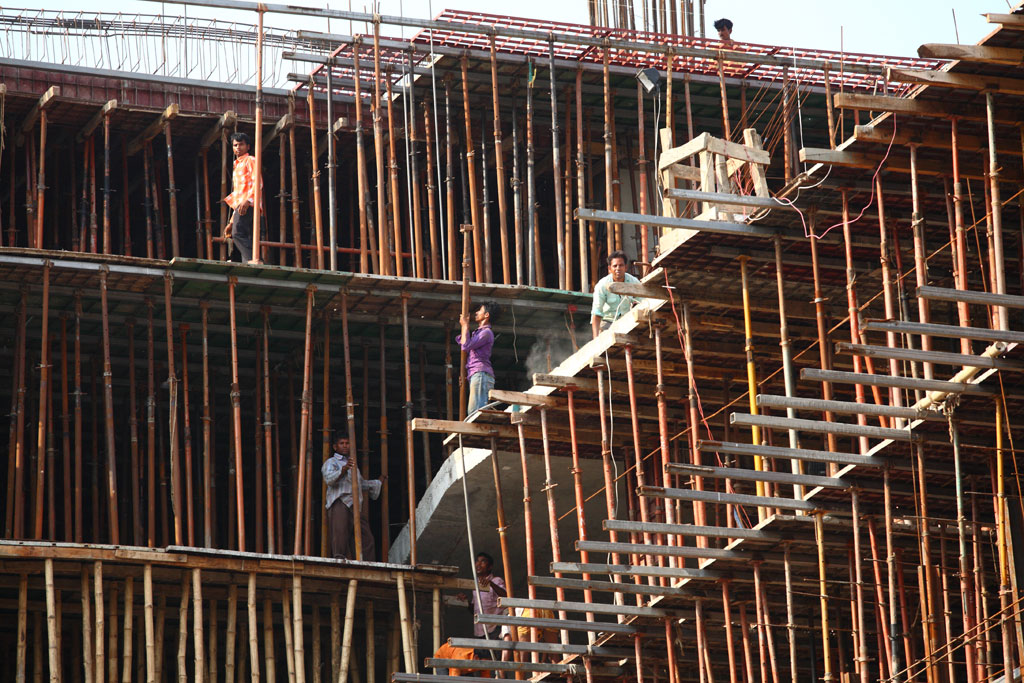 To keep up with the global competition the country has tried to reduce the formalities to start and operate a business. In fact, it can take longer to obtain an electrical connection than to get an approval for a factory plant.
© ILO 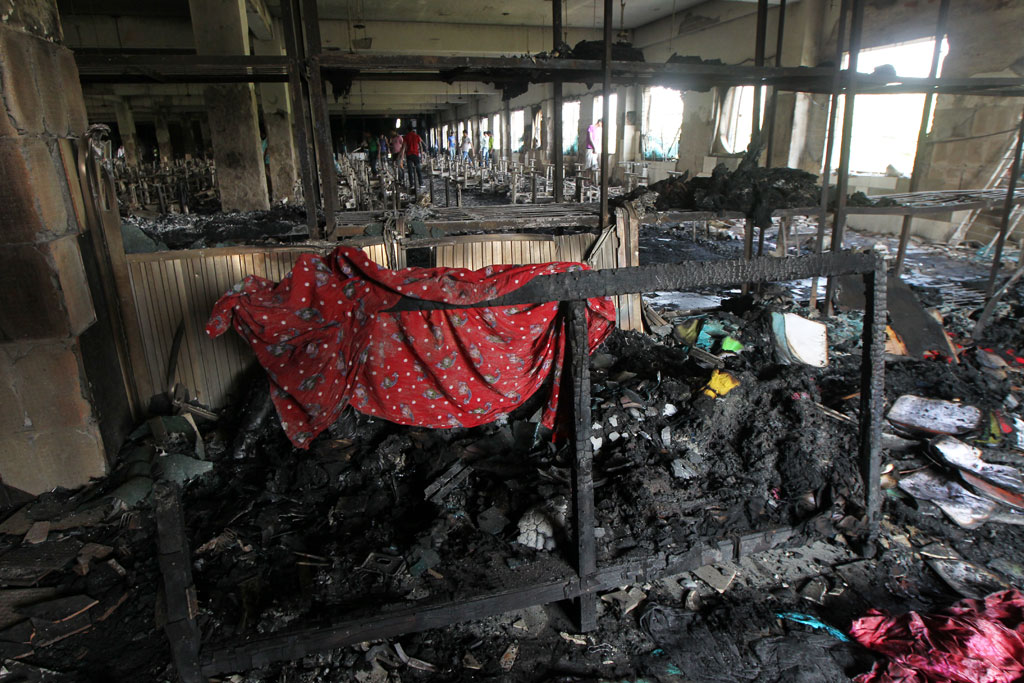 24 November 2012:  Tazreen Fashion Factory caught fire, killing at least 112 garment workers. In response to the Tazreen fire, a National Tripartite Plan of Action on Fire Safety is developped in the ready-made garment (RMG) Sector of Bangladesh. The ILO assists in the implementation and coordination of the plan which outlines three areas of work: 1) Policy and legislation, 2) Administrative, 3) Practical activities.
© STR / AFP 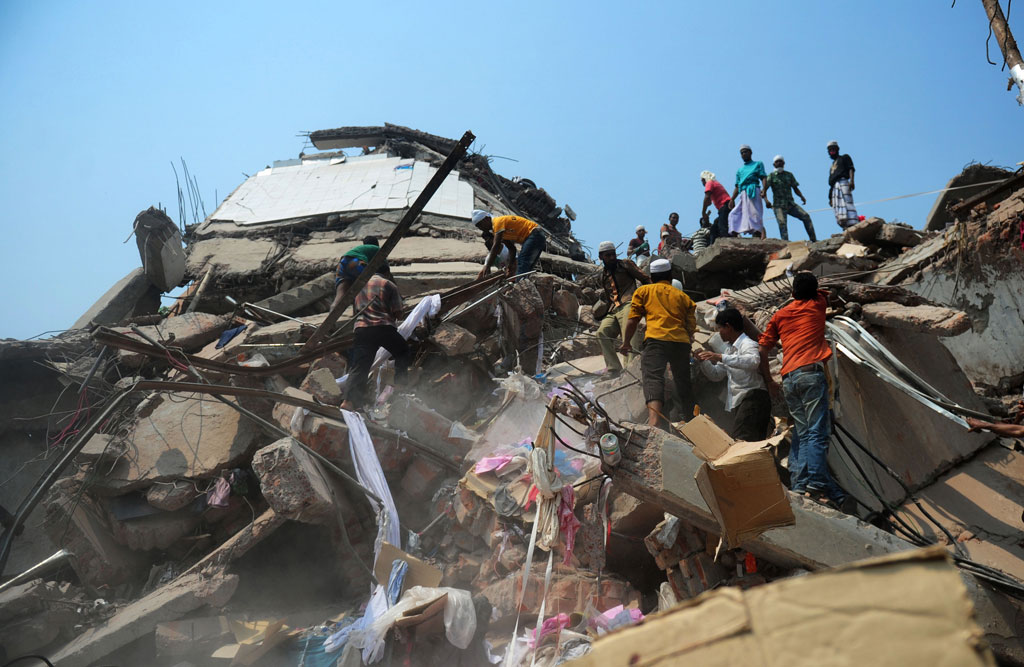 Shortly after the Rana Plaza collapse, a High-Level ILO Mission was sent to Bangladesh, led by Deputy Director General for Field Operations and Partnerships, Mr. Gilbert Houngbo. The mission engaged with the tripartite partners (workers, employers, government) and other stakeholders to identify what needs to be done to prevent further tragedies from happening.
© Munir Uz Zaman / AFP 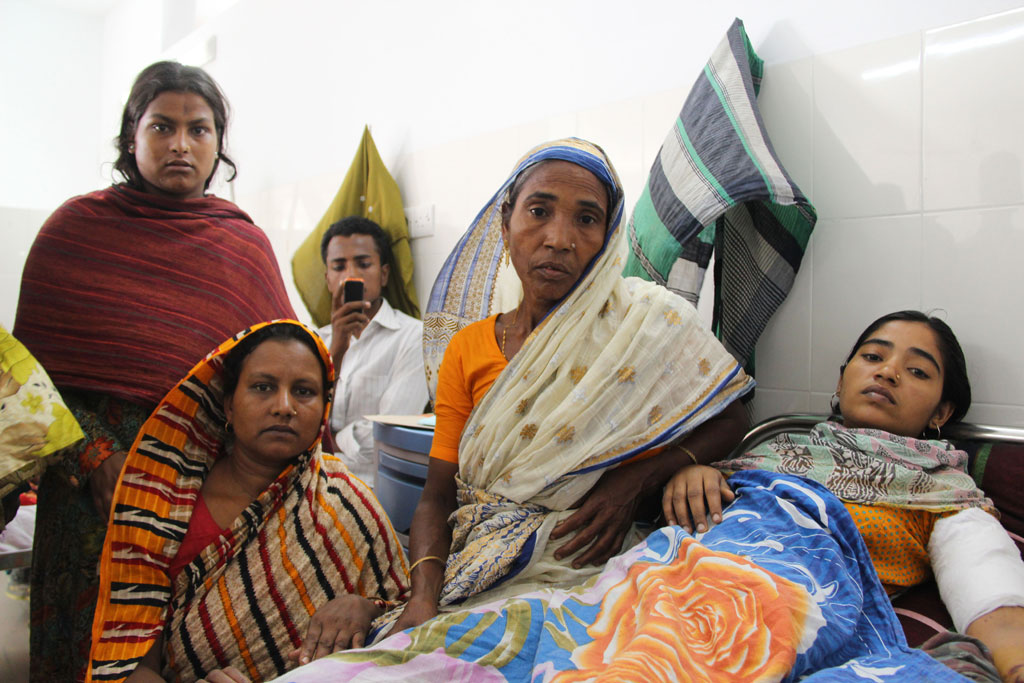 Following the ILO mission, the social partners issued a joint statement identifying key activities to be implemented in areas such as the assessment of the structural integrity of RMG factory buildings; strengthening labour inspection; worker and management training and awareness of OSH and worker rights; rehabilitation and skills training of disabled workers; and possible establishment of a Better Work programme.
© ILO / Sarah-Jane Saltmarsh 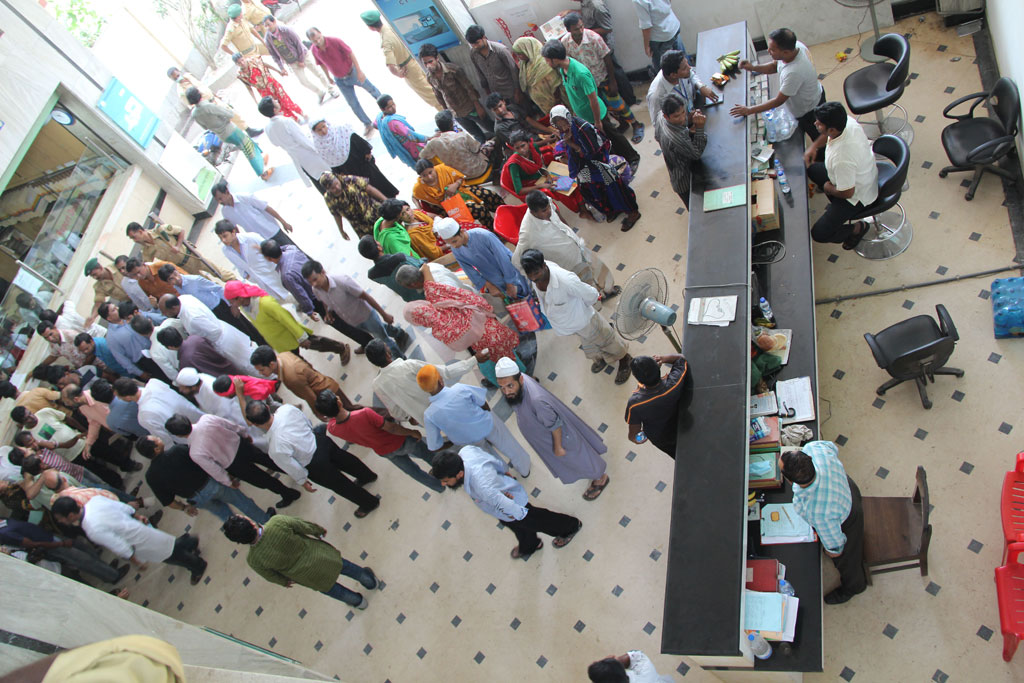 In May 2013, two global unions (Industriall, UNI Global), some Bangladeshi unions and international brands and retailers (now totalling 100), including H&M and Inditex, sign an Accord: A five-year programme under which company signatories commit to ensure the implementation of health and safety measures. The ILO acts as neutral chair of the Accord, which is estimated to cover a combined supply chain of 1,500 factories.
© ILO

On 15 July 2013, the Government of Bangladesh adopts amendments to the Bangladesh Labour Act - the first step towards fulfilling the Government’s obligation to respect fully the fundamental rights to freedom of association and collective bargaining and to address the critical need to bolster occupational safety and health.
© Patrick Donovan / Flickr 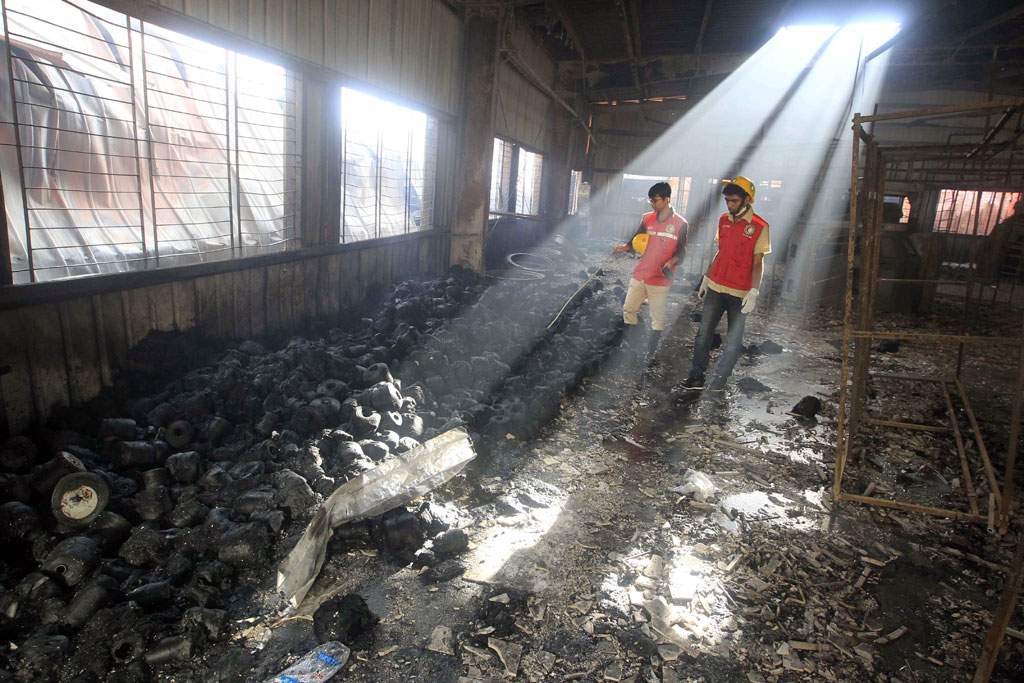 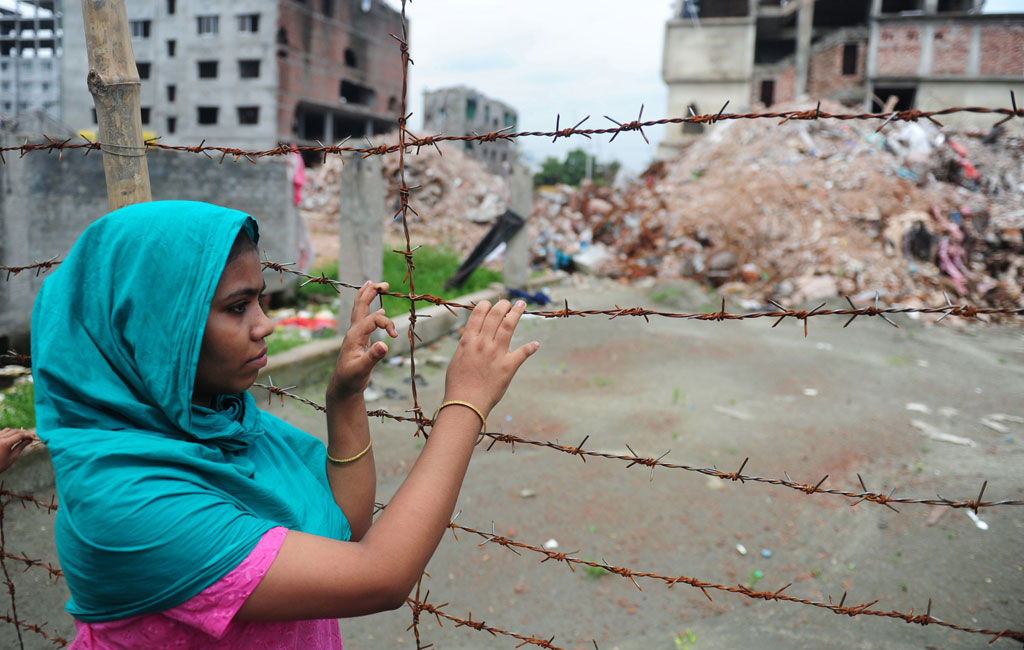 Six months after the collapse of the Rana Plaza building, the ILO announces the launch of a three and a half year programme on improving working conditions in the RMG Sector and a new "Better Work" programme which will also provide advisory services to factories.
© Munir Uz Zaman / AFP